Committing to an Ethical View

Professional values and ethical reasoning are traits valued by all good employers. In fact, we have seen throughout this book that employees’ sound ethical decisions lead to higher profits in the long run. How do we develop the ability to make such decisions? We will see in the coming paragraphs that it takes discipline, commitment, and practice. Strong work and personal relationship matters, too.

Workplace research indicates that employees are more likely to be unethical when they are dissatisfied with their jobs or see their superiors acting unethically.

How do relationships influence this equation? A good example set at the top and the freedom to determine a comfortable work-life balance for oneself—all influenced by the organization’s positive relationship with its employees—lead to a more ethical workplace. Consider Walmart’s relationships with its many employees.

With annual revenues of almost half a trillion dollars (2017), 2.3 million employees, and nearly twelve thousand stores worldwide, Walmart is the largest private employer on the planet ((Figure)).

In fact, it is bigger than many national economies, including some in the developed world. In 2007, it replaced its longstanding slogan, “Always Low Prices,” with “Save Money. Live Better.”

According to Walmart, ninety percent of people in the United States live within ten miles of one of its stores. What does this say about the nature of for-profit business in the United States? What might such a map have looked like one hundred years ago? (attribution: Copyright Rice University, OpenStax, under CC BY 4.0 license) 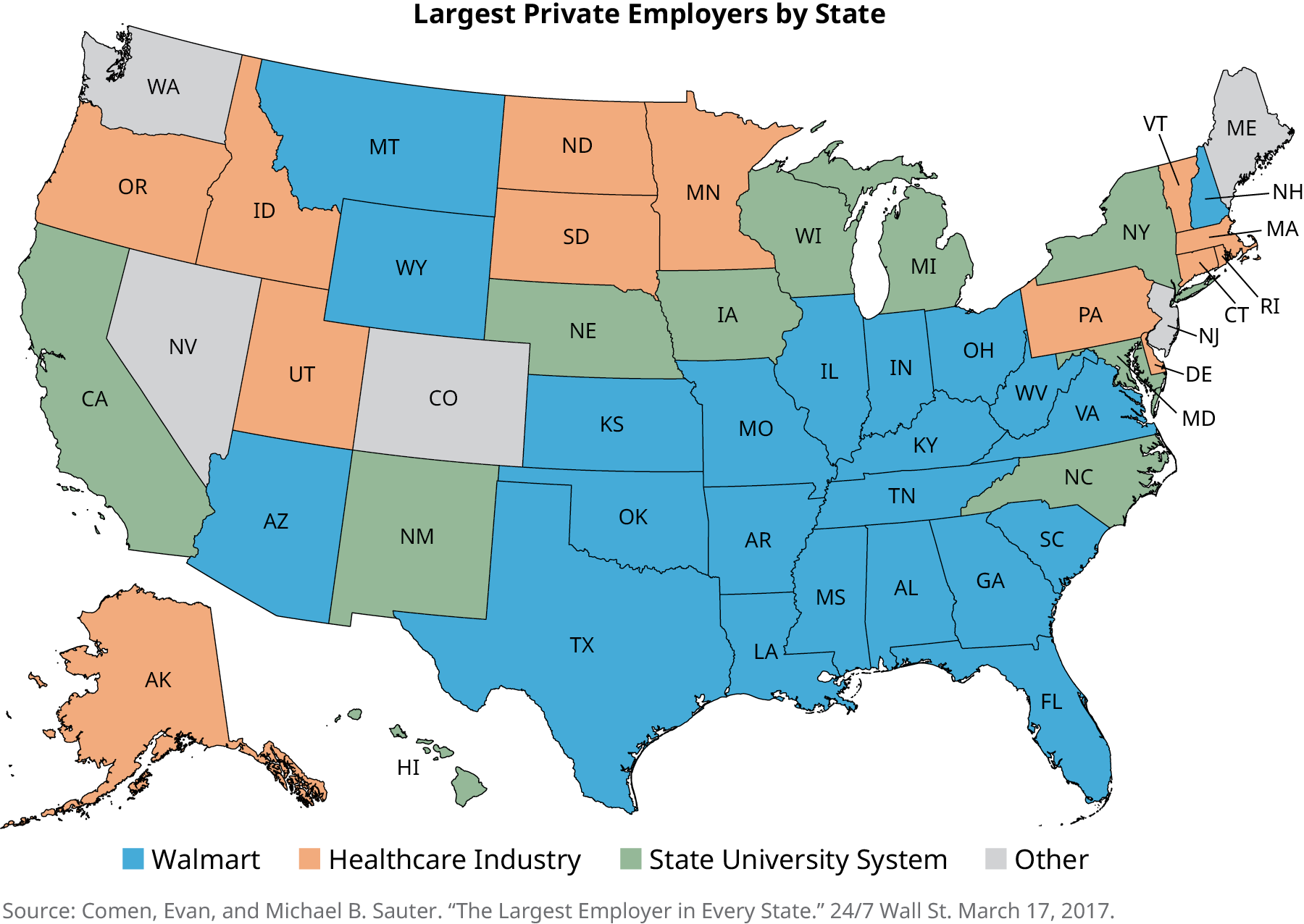 Walmart attempts to demonstrate virtuousness by holding itself out as a responsible corporation, concerned especially for the lower-income families that make up the majority of its customers.

But the company has experienced problems over the years, including lawsuits over illegal firing of employees, withholding of overtime pay and benefits, violations of foreign workers’ rights, wage violations, violations of child labor laws, and failure to provide health coverage where and when applicable.

Meanwhile, the Walton family, operators of the retailer that purports to help people “live better,” recently made $12.7 billion in a single day.

Where does a case like Walmart’s leave us? If a corporation with 2.3 million employees globally has reason to be concerned that at least some are dissatisfied with the job and may have witnessed some degree of unethical management behavior, the firm might also need to assume that some of those employees could choose to act unethically in the course of any business day. Of course, no job is perfect, and most of us experience some Monday mornings when we do not necessarily want to go into the office or exert the energy to be productive. And a company that provides high-quality goods to consumers at relatively low prices should get at least some credit for treating consumers fairly and ethically. It remains true, however, that any firm that wishes its employees to act ethically in the workplace must develop managers who model such behavior consistently toward all the company’s stakeholders. No other single act on the part of business leaders is as important as this in fostering ethical behavior on the part of employees.

According to the logic of the market, each of us is a commodity with specific assets, such as education, training, and job experience. But we are more than commodities, and what moves us are values. Can you identify your core values and imagine how you might live them in the workplace ((Figure))? We’ll return to this question at the end of the chapter.

Which values are important to you? Which will you choose to act on in your career? (credit: modification of “doors choices choose open decision” by qimono/Pixabay, CC0) 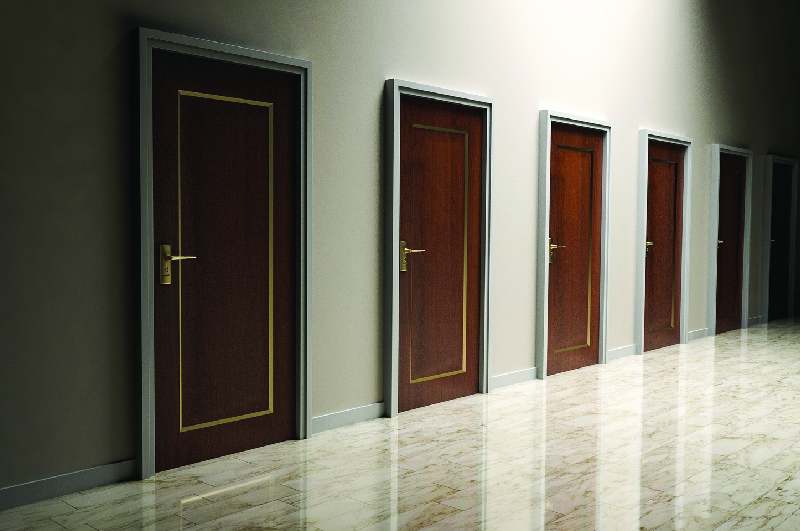 To make the difficult decisions that come with career, personal life, and the balance between both, we must identify our personal values. Values provide us with the why for doing what we do. As an entrepreneur, for instance, you may find yourself working nonstop, dealing with emergency phone calls at 3:00 a.m., and doing a great deal of soul-searching about the direction and culture of your new venture. These tasks collectively might serve as impediments to happiness unless they truly reflect your underlying values.

The Role of Loyalty

Customers often remain loyal to a brand because of its appearance, functionality, or price. Companies want loyal customers like these and will go to great lengths to keep them. These relationships are external relationships between the company as an organization and its customers as a group.

Internal relationships exist among people, including among managers, employees, suppliers, and distributors. The loyalty that forms good internal relationships and enables us to rely on one another to do our work is a matter of trust and develops over time. Although it may be tested by rivalry, resentment, misunderstanding, and personality or other conflicts, without such trust, a company cannot function properly.

However, as we have seen, loyalty between employee and employer is a two-way street. The organization takes the first step by hiring a candidate in whom it will invest time, training, and money, and whose success it will reward with recognition, raises, and bonuses. No employer wants to spend time and money nurturing new talent only to see people leave for another firm. Therefore, it falls to the new professional, in turn, to decide whether his or her values align with those of the organization, and if so, to demonstrate a commitment to grow with the company over time. Achieving such clarity about your career goals, the type of company you would be proud to work for, and your vision of your future self requires some self-scrutiny. In the process, you will further clarify your personal and ethical values and start to become an ethical professional.