be a function. The derivative function, denoted by

, is the function whose domain consists of those values of

such that the following limit exists:

is said to be differentiable at

exists. More generally, a function is said to be differentiable on

if it is differentiable at every point in an open set

, and a differentiable function is one in which

exists on its domain.

In the next few examples we use (Figure) to find the derivative of a function.

Finding the Derivative of a Square-Root Function

Find the derivative of

Start directly with the definition of the derivative function. Use (Figure).

Finding the Derivative of a Quadratic Function

Find the derivative of the function

Follow the same procedure here, but without having to multiply by the conjugate.

Find the derivative of

We use a variety of different notations to express the derivative of a function. In (Figure) we showed that if

. If we had expressed this function in the form

, we could have expressed the derivative as

. We could have conveyed the same information by writing

. Thus, for the function

, each of the following notations represents the derivative of

we may also use

notation (called Leibniz notation) is quite common in engineering and physics. To understand this notation better, recall that the derivative of a function at a point is the limit of the slopes of secant lines as the secant lines approach the tangent line. The slopes of these secant lines are often expressed in the form

is the difference in the

values corresponding to the difference in the

values, which are expressed as

((Figure)). Thus the derivative, which can be thought of as the instantaneous rate of change of

gives the rate of change of a function

(or slope of the tangent line to

In (Figure) we found that for

. If we graph these functions on the same axes, as in (Figure), we can use the graphs to understand the relationship between these two functions. First, we notice that

is increasing over its entire domain, which means that the slopes of its tangent lines at all points are positive. Consequently, we expect

for all values of

in its domain. Furthermore, as

increases, the slopes of the tangent lines to

are decreasing and we expect to see a corresponding decrease in

. We also observe that

is undefined and that

, corresponding to a vertical tangent to

In (Figure) we found that for

. The graphs of these functions are shown in (Figure). Observe that

. For these same values of

has a horizontal tangent at

Sketching a Derivative Using a Function

Use the following graph of

to sketch a graph of 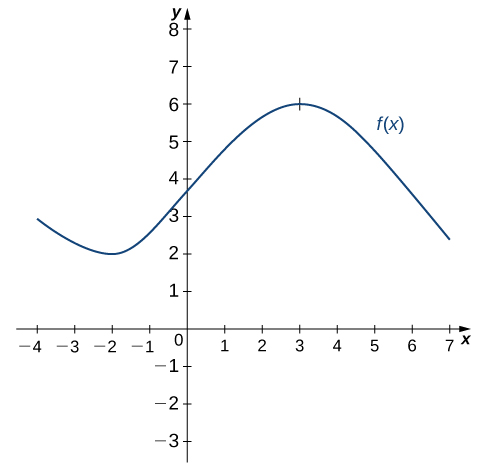 The solution is shown in the following graph. Observe that

has horizontal tangents at -2 and 3, and 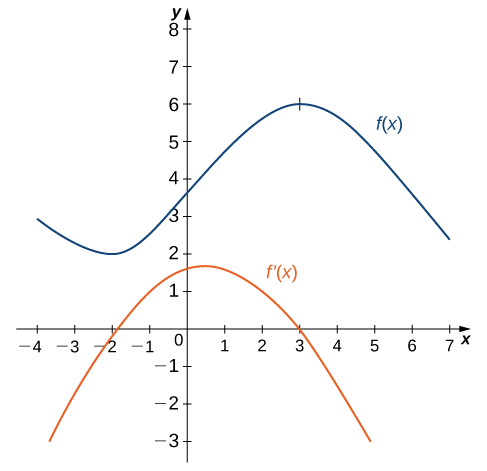 Sketch the graph of

. On what interval is the graph of

be a function and

be in its domain. If

We want to show that

. This function is continuous everywhere; however,

is undefined. This observation leads us to believe that continuity does not imply differentiability. Let’s explore further. For

This limit does not exist because

Let’s consider some additional situations in which a continuous function fails to be differentiable. Consider the function

does not exist. A quick look at the graph of

clarifies the situation. The function has a vertical tangent line at 0 ((Figure)).

also has a derivative that exhibits interesting behavior at 0. We see that

This limit does not exist, essentially because the slopes of the secant lines continuously change direction as they approach zero ((Figure)).

A Piecewise Function that is Continuous and Differentiable

A toy company wants to design a track for a toy car that starts out along a parabolic curve and then converts to a straight line ((Figure)). The function that describes the track is to have the form

are in inches. For the car to move smoothly along the track, the function

must be both continuous and differentiable at -10. Find values of

both continuous and differentiable.

For the function to be continuous at

For the function to be differentiable at -10,

both continuous and differentiable at 3.

Use (Figure) as a guide.

can be expressed in any of the following forms:

It is interesting to note that the notation for

may be viewed as an attempt to express

by taking the derivative of

in a previous checkpoint. Use (Figure) to find the derivative of

The position of a particle along a coordinate axis at time

(in seconds) is given by

(in meters). Find the function that describes its acceleration at time

, we begin by finding the derivative of

Use (Figure) as a guide.

For the following exercises, use the definition of a derivative to find

For the following exercises, use the graph of

to sketch the graph of its derivative 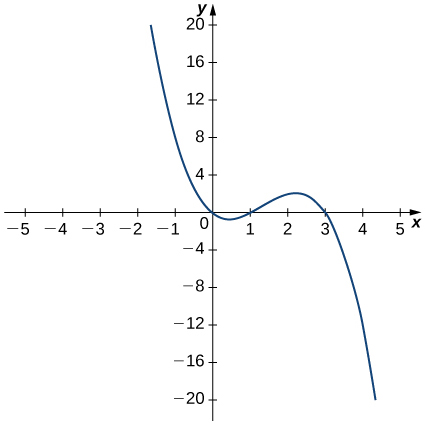 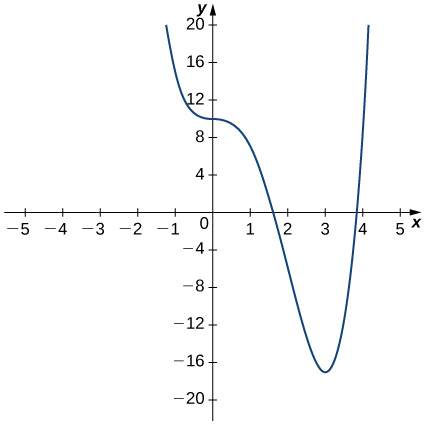 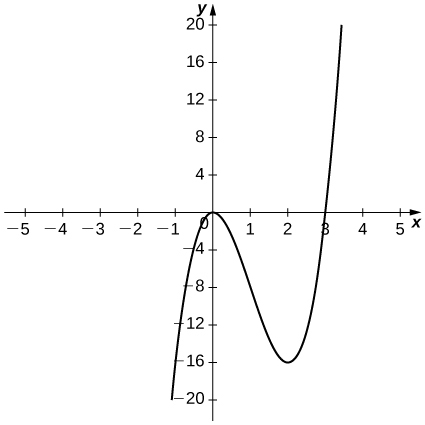 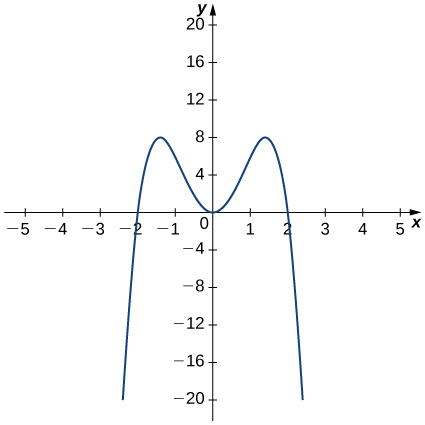 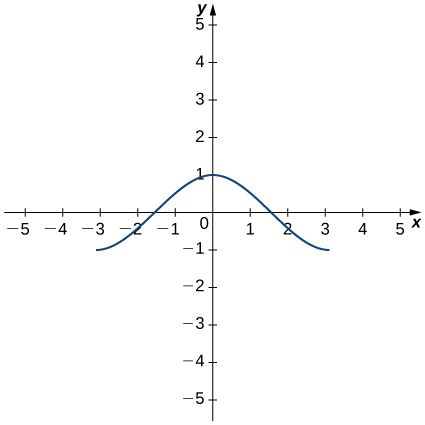 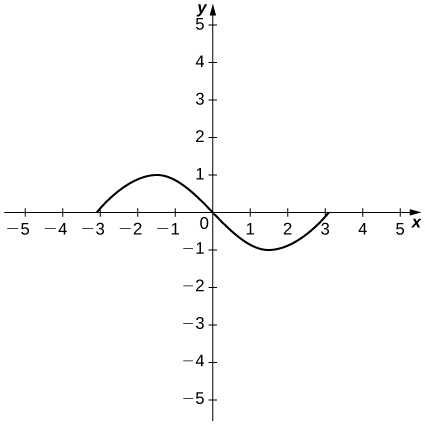 For the following exercises, the given limit represents the derivative of a function

For the following functions, 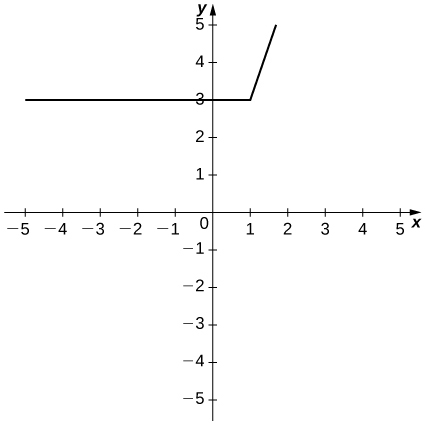 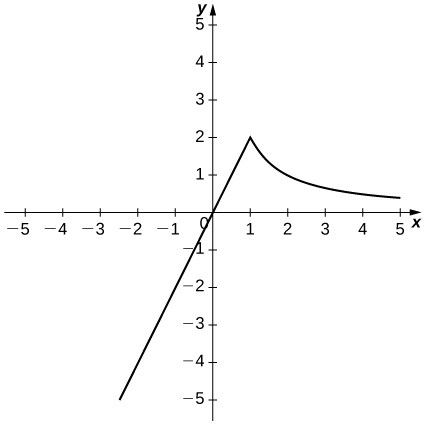 For the following graphs, 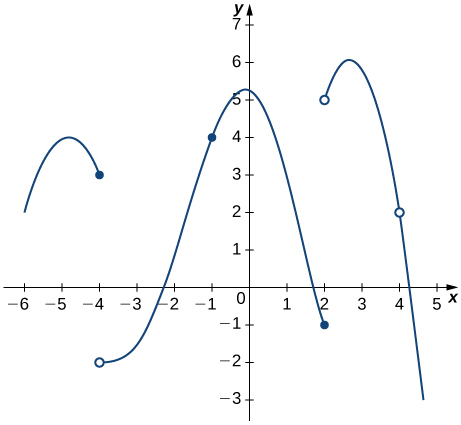 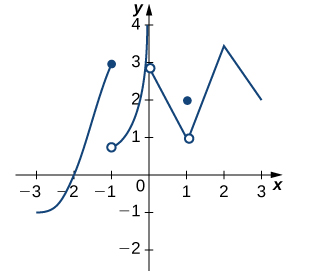 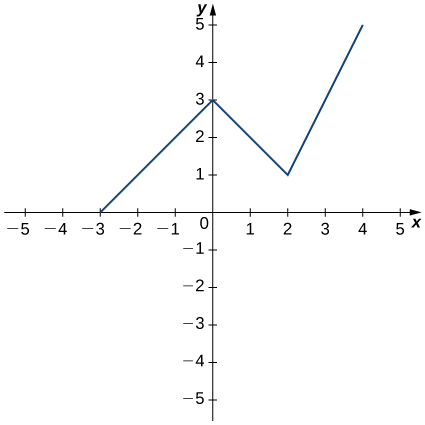 For the following functions, use

For the following exercises, use a calculator to graph

, then use a calculator to graph 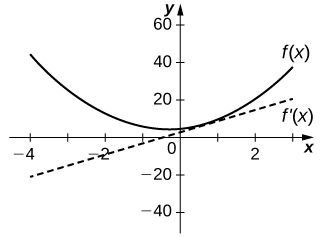 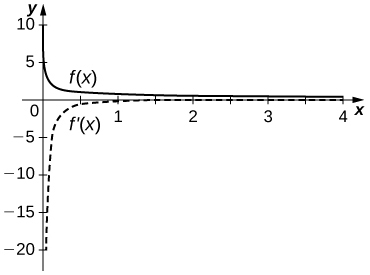 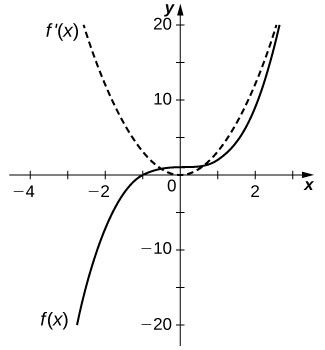 For the following exercises, describe what the two expressions represent in terms of each of the given situations. Be sure to include units.

denotes the population of a city at time

customers at an amusement park.

customers spent money on concessions in thousands per customer.

denotes the total cost (in thousands of dollars) of manufacturing

denotes the grade (in percentage points) received on a test, given

denotes atmospheric pressure at an altitude of

43. Sketch the graph of a function

with all of the following properties:

in degrees Fahrenheit at a height

in feet above the ground is given by

a. The rate (in degrees per foot) at which temperature is increasing or decreasing for a given height

.
b. The rate of change of temperature as altitude changes at 1000 feet is -0.1 degrees per foot.

45. Suppose the total profit of a company is

units of an item are sold.

46. The graph in the following figure models the number of people

who have come down with the flu

weeks after its initial outbreak in a town with a population of 50,000 citizens. 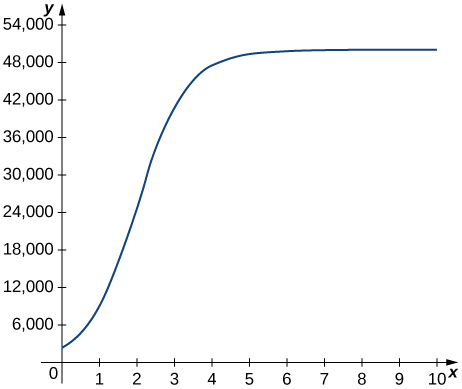 a. The rate at which the number of people who have come down with the flu is changing

weeks after the initial outbreak.
b. The rate is increasing sharply up to the third week, at which point it slows down and then becomes constant.

of the Saturn V rocket for the Apollo 11 mission

47. What is the physical meaning of

? What are the units?

on the same graph. (Hint: for interior points, estimate both the left limit and right limit and average them.)

is the height of the rocket (in meters) and

is the time elapsed since takeoff. From this equation, determine

50. [T] The best quadratic fit to the data is given by

is the height of the rocket (in meters) and

is the time elapsed since takeoff. From this equation, determine 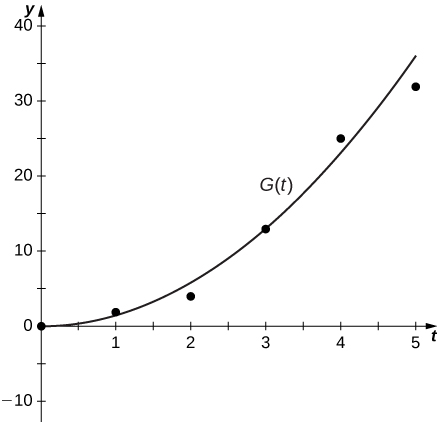 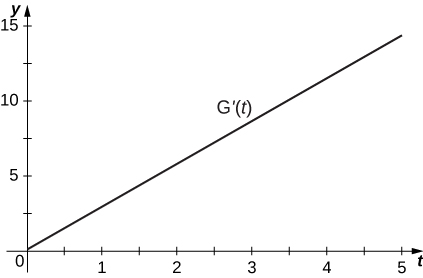 is the height of the rocket (in m) and

is the time elapsed since take off. From this equation, determine

. Does the linear, quadratic, or cubic function fit the data best?

52. Using the best linear, quadratic, and cubic fits to the data, determine what

are. What are the physical meanings of

, and what are their units?

represent the acceleration of the rocket, with units of meters per second squared (

a function for which

exists is differentiable at

a function for which

in the open set

differentiable function
a function for which

exists is a differentiable function