The elements in group 17 are the halogens. These are the elements fluorine, chlorine, bromine, iodine, and astatine. These elements are too reactive to occur freely in nature, but their compounds are widely distributed. Chlorides are the most abundant; although fluorides, bromides, and iodides are less common, they are reasonably available. In this section, we will examine the occurrence, preparation, and properties of halogens. Next, we will examine halogen compounds with the representative metals followed by an examination of the interhalogens. This section will conclude with some applications of halogens.

All of the halogens occur in seawater as halide ions. The concentration of the chloride ion is 0.54 M; that of the other halides is less than 10–4M. Fluoride also occurs in minerals such as CaF2, Ca(PO4)3F, and Na3AlF6. Chloride also occurs in the Great Salt Lake and the Dead Sea, and in extensive salt beds that contain NaCl, KCl, or MgCl2. Part of the chlorine in your body is present as hydrochloric acid, which is a component of stomach acid. Bromine compounds occur in the Dead Sea and underground brines. Iodine compounds are found in small quantities in Chile saltpeter, underground brines, and sea kelp. Iodine is essential to the function of the thyroid gland.

The best sources of halogens (except iodine) are halide salts. It is possible to oxidize the halide ions to free diatomic halogen molecules by various methods, depending on the ease of oxidation of the halide ion. Fluoride is the most difficult to oxidize, whereas iodide is the easiest.

Most commercial chlorine comes from the electrolysis of the chloride ion in aqueous solutions of sodium chloride; this is the chlor-alkali process discussed previously. Chlorine is also a product of the electrolytic production of metals such as sodium, calcium, and magnesium from their fused chlorides. It is also possible to prepare chlorine by the chemical oxidation of the chloride ion in acid solution with strong oxidizing agents such as manganese dioxide (MnO2) or sodium dichromate (Na2Cr2O7). The reaction with manganese dioxide is:

Chlorine is a stronger oxidizing agent than bromine. This method is important for the production of essentially all domestic bromine.

Some iodine comes from the oxidation of iodine chloride, ICl, or iodic acid, HlO3. The commercial preparation of iodine utilizes the reduction of sodium iodate, NaIO3, an impurity in deposits of Chile saltpeter, with sodium hydrogen sulfite:

Properties of the Halogens

Fluorine is a pale yellow gas, chlorine is a greenish-yellow gas, bromine is a deep reddish-brown liquid, and iodine is a grayish-black crystalline solid. Liquid bromine has a high vapor pressure, and the reddish vapor is readily visible in Figure 1. Iodine crystals have a noticeable vapor pressure. When gently heated, these crystals sublime and form a beautiful deep violet vapor.

Bromine is only slightly soluble in water, but it is miscible in all proportions in less polar (or nonpolar) solvents such as chloroform, carbon tetrachloride, and carbon disulfide, forming solutions that vary from yellow to reddish-brown, depending on the concentration.

Iodine is soluble in chloroform, carbon tetrachloride, carbon disulfide, and many hydrocarbons, giving violet solutions of I2 molecules. Iodine dissolves only slightly in water, giving brown solutions. It is quite soluble in aqueous solutions of iodides, with which it forms brown solutions. These brown solutions result because iodine molecules have empty valence d orbitals and can act as weak Lewis acids towards the iodide ion. The equation for the reversible reaction of iodine (Lewis acid) with the iodide ion (Lewis base) to form triiodide ion, [latex]\text{I}_3^{\;\;-}[/latex], is:

The easier it is to oxidize the halide ion, the more difficult it is for the halogen to act as an oxidizing agent. Fluorine generally oxidizes an element to its highest oxidation state, whereas the heavier halogens may not. For example, when excess fluorine reacts with sulfur, SF6 forms. Chlorine gives SCl2 and bromine, S2Br2. Iodine does not react with sulfur.

Fluorine is the most powerful oxidizing agent of the known elements. It spontaneously oxidizes most other elements; therefore, the reverse reaction, the oxidation of fluorides, is very difficult to accomplish. Fluorine reacts directly and forms binary fluorides with all of the elements except the lighter noble gases (He, Ne, and Ar). Fluorine is such a strong oxidizing agent that many substances ignite on contact with it. Drops of water inflame in fluorine and form O2, OF2, H2O2, O3, and HF. Wood and asbestos ignite and burn in fluorine gas. Most hot metals burn vigorously in fluorine. However, it is possible to handle fluorine in copper, iron, or nickel containers because an adherent film of the fluoride salt passivates their surfaces. Fluorine is the only element that reacts directly with the noble gas xenon.

Although it is a strong oxidizing agent, chlorine is less active than fluorine. Mixing chlorine and hydrogen in the dark makes the reaction between them to be imperceptibly slow. Exposure of the mixture to light causes the two to react explosively. Chlorine is also less active towards metals than fluorine, and oxidation reactions usually require higher temperatures. Molten sodium ignites in chlorine. Chlorine attacks most nonmetals (C, N2, and O2 are notable exceptions), forming covalent molecular compounds. Chlorine generally reacts with compounds that contain only carbon and hydrogen (hydrocarbons) by adding to multiple bonds or by substitution.

Half the chlorine atoms oxidize to the 1+ oxidation state (hypochlorous acid), and the other half reduce to the 1− oxidation state (chloride ion). This disproportionation is incomplete, so chlorine water is an equilibrium mixture of chlorine molecules, hypochlorous acid molecules, hydronium ions, and chloride ions. When exposed to light, this solution undergoes a photochemical decomposition:

The nonmetal chlorine is more electronegative than any other element except fluorine, oxygen, and nitrogen. In general, very electronegative elements are good oxidizing agents; therefore, we would expect elemental chlorine to oxidize all of the other elements except for these three (and the nonreactive noble gases). Its oxidizing property, in fact, is responsible for its principal use. For example, phosphorus(V) chloride, an important intermediate in the preparation of insecticides and chemical weapons, is manufactured by oxidizing the phosphorus with chlorine:

A great deal of chlorine is also used to oxidize, and thus to destroy, organic or biological materials in water purification and in bleaching.

The chemical properties of bromine are similar to those of chlorine, although bromine is the weaker oxidizing agent and its reactivity is less than that of chlorine.

Iodine is the least reactive of the halogens. It is the weakest oxidizing agent, and the iodide ion is the most easily oxidized halide ion. Iodine reacts with metals, but heating is often required. It does not oxidize other halide ions.

Compared with the other halogens, iodine reacts only slightly with water. Traces of iodine in water react with a mixture of starch and iodide ion, forming a deep blue color. This reaction is a very sensitive test for the presence of iodine in water.

Halides of the Representative Metals

Thousands of salts of the representative metals have been prepared. The binary halides are an important subclass of salts. A salt is an ionic compound composed of cations and anions, other than hydroxide or oxide ions. In general, it is possible to prepare these salts from the metals or from oxides, hydroxides, or carbonates. We will illustrate the general types of reactions for preparing salts through reactions used to prepare binary halides.

The binary compounds of a metal with the halogens are the halides. Most binary halides are ionic. However, mercury, the elements of group 13 with oxidation states of 3+, tin(IV), and lead(IV) form covalent binary halides.

The direct reaction of a metal and a halogen produce the halide of the metal. Examples of these oxidation-reduction reactions include:

Reactions of the alkali metals with elemental halogens are very exothermic and often quite violent. Under controlled conditions, they provide exciting demonstrations for budding students of chemistry. You can view the initial heating of the sodium that removes the coating of sodium hydroxide, sodium peroxide, and residual mineral oil to expose the reactive surface. The reaction with chlorine gas then proceeds very nicely.

The active representative metals—those that are easier to oxidize than hydrogen—react with gaseous hydrogen halides to produce metal halides and hydrogen. The reaction of zinc with hydrogen fluoride is:

The active representative metals also react with solutions of hydrogen halides to form hydrogen and solutions of the corresponding halides. Examples of such reactions include:

Several halides occur in large quantities in nature. The ocean and underground brines contain many halides. For example, magnesium chloride in the ocean is the source of magnesium ions used in the production of magnesium. Large underground deposits of sodium chloride, like the salt mine shown in Figure 3, occur in many parts of the world. These deposits serve as the source of sodium and chlorine in almost all other compounds containing these elements. The chlor-alkali process is one example.

Compounds formed from two or more different halogens are interhalogens. Interhalogen molecules consist of one atom of the heavier halogen bonded by single bonds to an odd number of atoms of the lighter halogen. The structures of IF3, IF5, and IF7 are illustrated in Figure 4. Formulas for other interhalogens, each of which comes from the reaction of the respective halogens, are in Table 4.

Note from Table 4 that fluorine is able to oxidize iodine to its maximum oxidation state, 7+, whereas bromine and chlorine, which are more difficult to oxidize, achieve only the 5+-oxidation state. A 7+-oxidation state is the limit for the halogens. Because smaller halogens are grouped about a larger one, the maximum number of smaller atoms possible increases as the radius of the larger atom increases. Many of these compounds are unstable, and most are extremely reactive. The interhalogens react like their component halides; halogen fluorides, for example, are stronger oxidizing agents than are halogen chlorides.

The ionic polyhalides of the alkali metals, such as KI3, KICl2, KICl4, CsIBr2, and CsBrCl2, which contain an anion composed of at least three halogen atoms, are closely related to the interhalogens. As seen previously, the formation of the polyhalide anion [latex]\text{I}_3^{\;\;-}[/latex] is responsible for the solubility of iodine in aqueous solutions containing an iodide ion.

Chlorine is important to bleach wood pulp and cotton cloth. The chlorine reacts with water to form hypochlorous acid, which oxidizes colored substances to colorless ones. Large quantities of chlorine are important in chlorinating hydrocarbons (replacing hydrogen with chlorine) to produce compounds such as tetrachloride (CCl4), chloroform (CHCl3), and ethyl chloride (C2H5Cl), and in the production of polyvinyl chloride (PVC) and other polymers. Chlorine is also important to kill the bacteria in community water supplies.

Bromine is important in the production of certain dyes, and sodium and potassium bromides are used as sedatives. At one time, light-sensitive silver bromide was a component of photographic film.

Iodine in alcohol solution with potassium iodide is an antiseptic (tincture of iodine). Iodide salts are essential for the proper functioning of the thyroid gland; an iodine deficiency may lead to the development of a goiter. Iodized table salt contains 0.023% potassium iodide. Silver iodide is useful in the seeding of clouds to induce rain; it was important in the production of photographic film and iodoform, CHI3, is an antiseptic.

The halogens form halides with less electronegative elements. Halides of the metals vary from ionic to covalent; halides of nonmetals are covalent. Interhalogens form by the combination of two or more different halogens.

2. SnCl4 is not a salt because it is covalently bonded. A salt must have ionic bonds.

4. In oxyacids with similar formulas, the acid strength increases as the electronegativity of the central atom increases. HClO3 is stronger than HBrO3; Cl is more electronegative than Br. 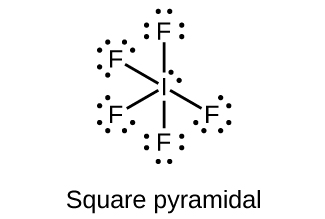 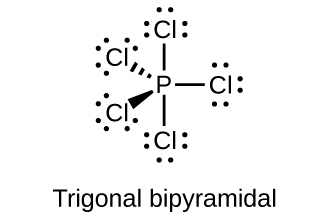