(a) The chilling effect of a clear breezy night is produced by the wind and by radiative heat transfer to cold outer space. (b) There was once great controversy about the Earth’s age, but it is now generally accepted to be about 4.5 billion years old. Much of the debate is centered on the Earth’s molten interior. According to our understanding of heat transfer, if the Earth is really that old, its center should have cooled off long ago. The discovery of radioactivity in rocks revealed the source of energy that keeps the Earth’s interior molten, despite heat transfer to the surface, and from there to cold outer space. 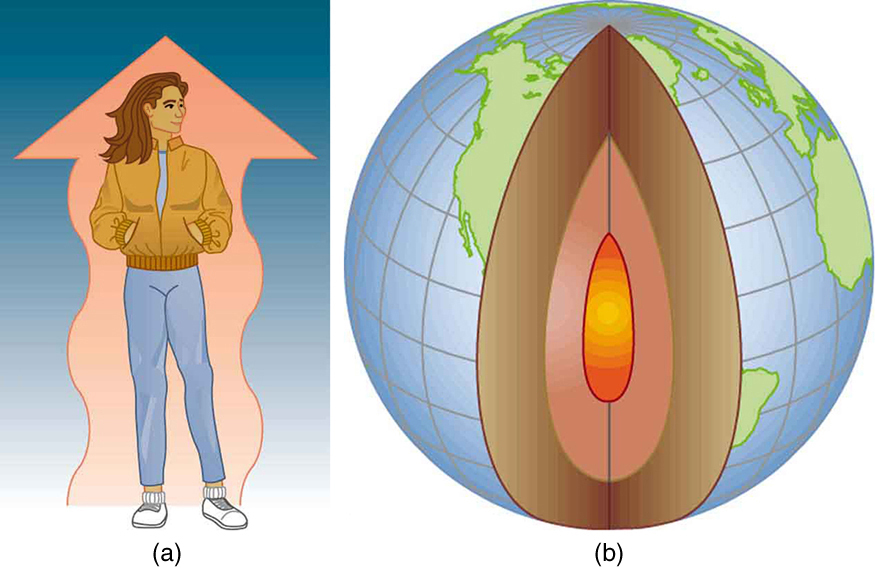 Energy can exist in many forms and heat is one of the most intriguing. Heat is often hidden, as it only exists when in transit, and is transferred by a number of distinctly different methods. Heat transfer touches every aspect of our lives and helps us understand how the universe functions. It explains the chill we feel on a clear breezy night, or why Earth’s core has yet to cool. This chapter defines and explores heat transfer, its effects, and the methods by which heat is transferred. These topics are fundamental, as well as practical, and will often be referred to in the chapters ahead.