115 Introduction to Oscillatory Motion and Waves

There are at least four types of waves in this picture—only the water waves are evident. There are also sound waves, light waves, and waves on the guitar strings. (credit: John Norton) 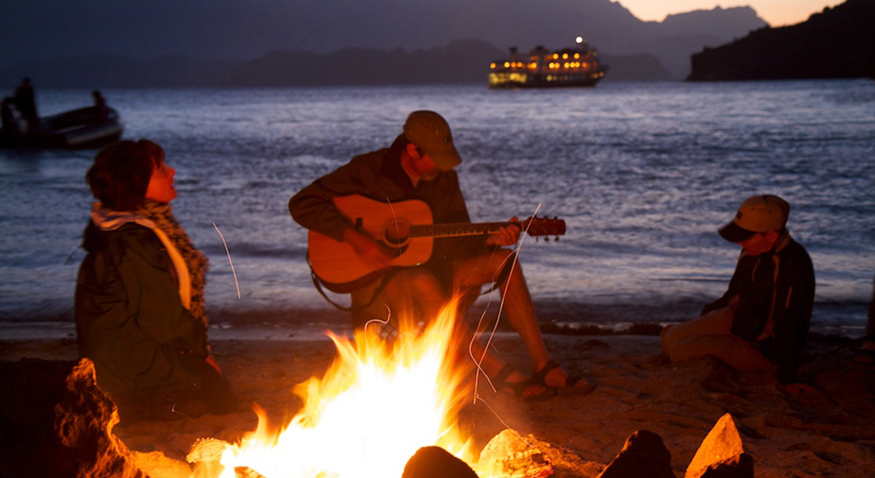 What do an ocean buoy, a child in a swing, the cone inside a speaker, a guitar, atoms in a crystal, the motion of chest cavities, and the beating of hearts all have in common? They all oscillate—-that is, they move back and forth between two points. Many systems oscillate, and they have certain characteristics in common. All oscillations involve force and energy. You push a child in a swing to get the motion started. The energy of atoms vibrating in a crystal can be increased with heat. You put energy into a guitar string when you pluck it.

Some oscillations create waves. A guitar creates sound waves. You can make water waves in a swimming pool by slapping the water with your hand. You can no doubt think of other types of waves. Some, such as water waves, are visible. Some, such as sound waves, are not. But every wave is a disturbance that moves from its source and carries energy. Other examples of waves include earthquakes and visible light. Even subatomic particles, such as electrons, can behave like waves.

By studying oscillatory motion and waves, we shall find that a small number of underlying principles describe all of them and that wave phenomena are more common than you have ever imagined. We begin by studying the type of force that underlies the simplest oscillations and waves. We will then expand our exploration of oscillatory motion and waves to include concepts such as simple harmonic motion, uniform circular motion, and damped harmonic motion. Finally, we will explore what happens when two or more waves share the same space, in the phenomena known as superposition and interference.

oscillate
moving back and forth regularly between two points

wave
a disturbance that moves from its source and carries energy