Everyday motion that we experience is, thankfully, rarely as tortuous as a rollercoaster ride like this—the Dragon Khan in Spain’s Universal Port Aventura Amusement Park. However, most motion is in curved, rather than straight-line, paths. Motion along a curved path is two- or three-dimensional motion, and can be described in a similar fashion to one-dimensional motion. (credit: Boris23/Wikimedia Commons) 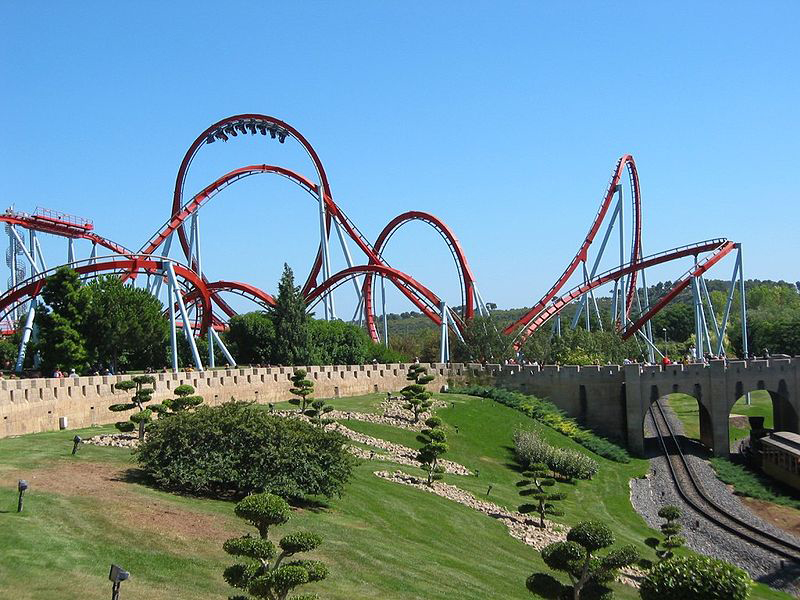