Magnets come in various shapes, sizes, and strengths. All have both a north pole and a south pole. There is never an isolated pole (a monopole). 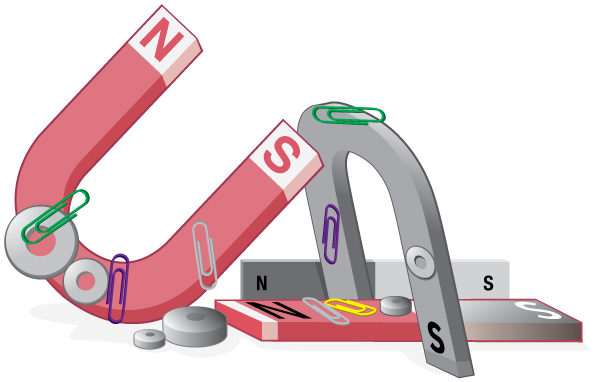 All magnets attract iron, such as that in a refrigerator door. However, magnets may attract or repel other magnets. Experimentation shows that all magnets have two poles. If freely suspended, one pole will point toward the north. The two poles are thus named the north magnetic pole and the south magnetic pole (or more properly, north-seeking and south-seeking poles, for the attractions in those directions).

It is a universal characteristic of all magnets that like poles repel and unlike poles attract. (Note the similarity with electrostatics: unlike charges attract and like charges repel.)

Further experimentation shows that it is impossible to separate north and south poles in the manner that + and − charges can be separated.

One end of a bar magnet is suspended from a thread that points toward north. The magnet’s two poles are labeled N and S for north-seeking and south-seeking poles, respectively. 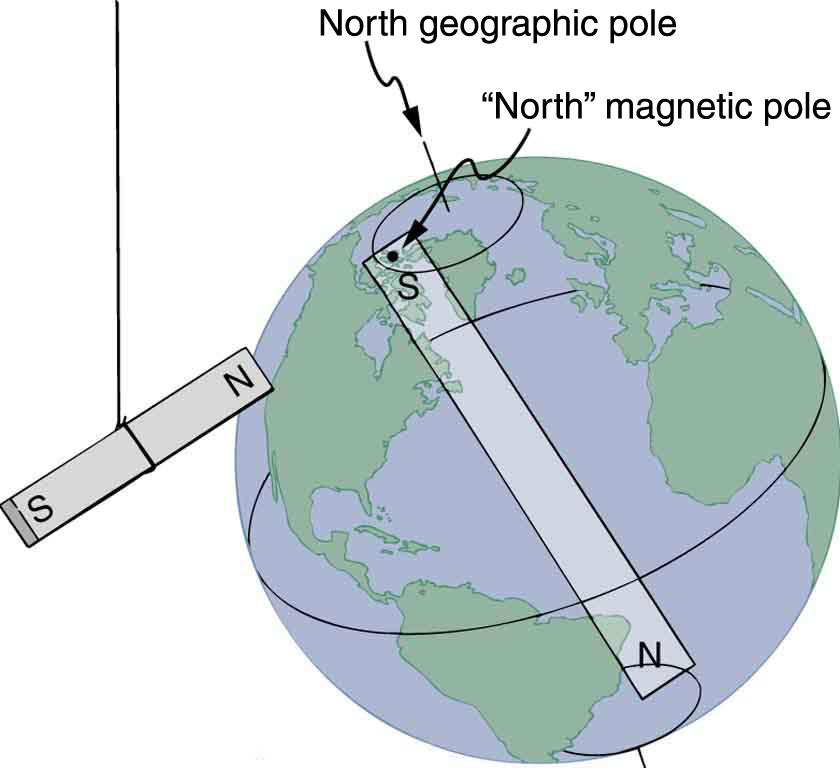 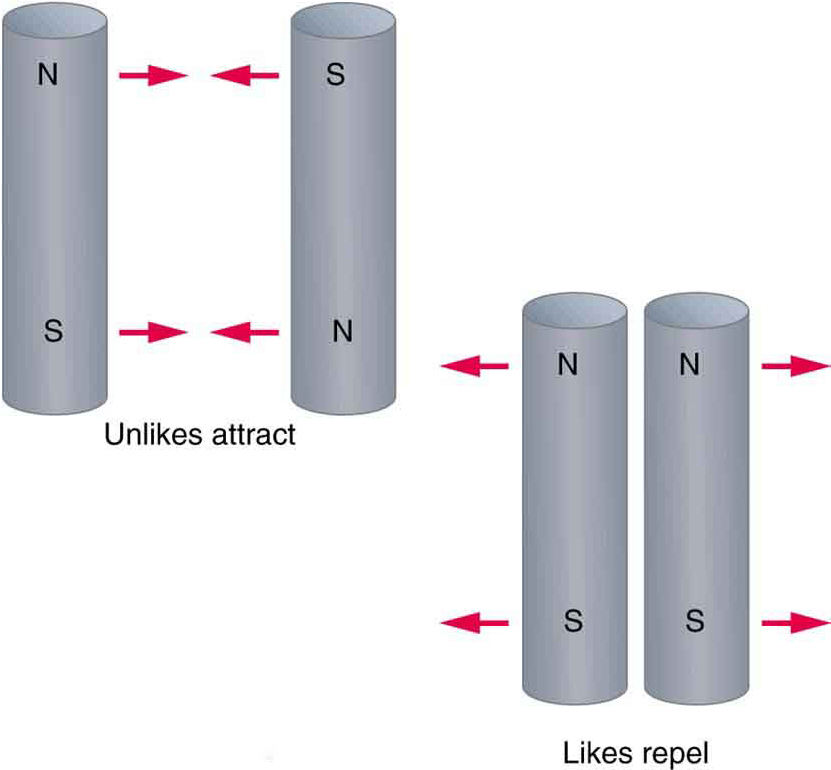 North and south poles always occur in pairs. Attempts to separate them result in more pairs of poles. If we continue to split the magnet, we will eventually get down to an iron atom with a north pole and a south pole—these, too, cannot be separated. 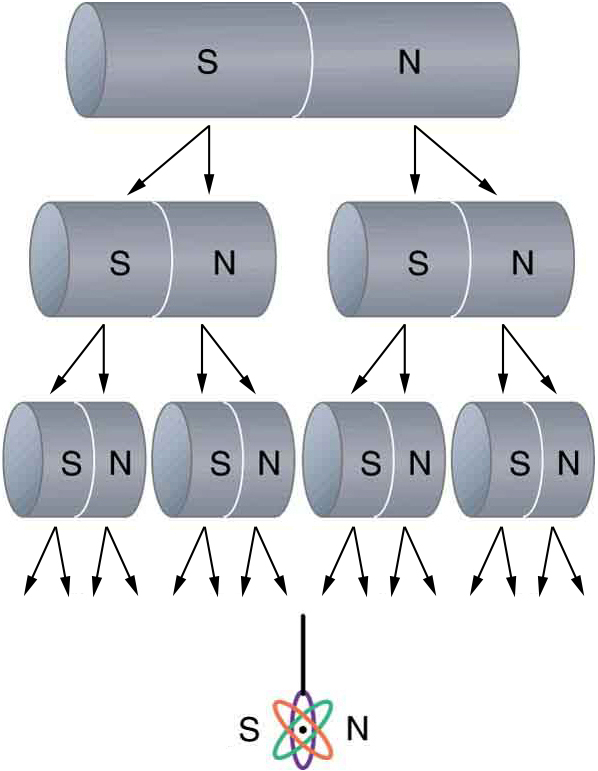 Volcanic and other such activity at the mid-Atlantic ridge extrudes material to fill the gap between separating tectonic plates associated with continental drift. The magnetization of rocks is found to reverse in a coordinated manner with distance from the ridge. What does this imply about the Earth’s magnetic field and how could the knowledge of the spreading rate be used to give its historical record?