The final topic we will discuss in this chapter is the role of culture and cultural diversity in organizational behavior. Cultural diversity can be analyzed in many ways. For instance, we can compare cultural diversity within one country or company, or we can compare cultures across units. That is, we can look inside a particular North American firm and see employees who are Asian, black, Latino, American Indian, white, and so forth. Clearly, these individuals have different cultural backgrounds, frames of reference, traditions, and so forth. Or we can look more globally and compare a typical American firm with a typical Mexican, Italian, or Chinese firm and again see significant differences in culture.

We can also analyze cultural diversity by looking at different patterns of behavior. For instance, Americans often wonder why Japanese or Korean businesspeople always bow when they meet; this seems strange to some. Likewise, many Asians wonder why Americans always shake hands, a similarly strange behavior. Americans often complain that Japanese executives say “yes” when they actually mean something else, while Japanese executives claim many Americans promise things they know they cannot deliver. Many of these differences result from a lack of understanding concerning the various cultures and how they affect behavior both inside and outside the workplace. As the marketplace and economies of the world merge ever closer, it is increasingly important that we come to understand more about cultural variations as they affect our world.

Simply put, culture may be defined as “the collective programming of the mind which distinguishes the members of one human group from another; the interactive aggregate of common characteristics that influences a human group’s response to its environment.”

More to the point, culture is the “collective mental programming of a people.”

It is the unique characteristics of a people. As such, culture is:

The concept of culture represents an easy way to understand a people, albeit on a superficial level. Thus, we refer to the Chinese culture or the American culture. This is not to say that every member within a culture behaves in exactly the same way. On the contrary, every culture has diversity, but members of a certain culture tend to exhibit similar behavioral patterns that reflect where and how they grew up. A knowledge of a culture’s patterns should help us deal with its members.

Culture affects the workplace because it affects what we do and how we behave. As shown in (Figure), cultural variations influence our values, which in turn affect attitudes and, ultimately, behaviors. For instance, a culture that is characterized by hard work (e.g., the Korean culture discussed above) would exhibit a value or ethic of hard work. This work ethic would be reflected in positive attitudes toward work and the workplace; people would feel that hard work is satisfying and beneficial—they might feel committed to their employer and they might feel shame if they do not work long hours. This, in turn, would lead to actual high levels of work. This behavior, then, would serve to reinforce the culture and its value, and so on.

To see how this works, consider the results of a survey of managerial behavior by French researcher Andre Laurent.

A. Laurent, “The Cultural Diversity of Western Conceptions of Management,” International Studies of Management and Organization, XII, 1–2, Spring-Summer 1983, pp. 75–96.

He asked managers how important it was for managers to have precise answers when asked a question by subordinates. The results, shown in (Figure), clearly show how culture can influence very specific managerial behavior. In some countries, it is imperative for the manager to “know” the answer (even when she really doesn’t), whereas in other countries it made little difference. Thus, if we want to understand why someone does something in the workplace, at least part of the behavior may be influenced by her cultural background.

There are several ways to distinguish different cultures from one another. Kluckhohn and Strodtbeck have identified six dimensions that are helpful in understanding such differences.

These are as follows:

To see how this works, examine (Figure), which differentiates four countries (Mexico, Germany, Japan, and the United States) along these six dimensions. Although the actual place of each country on these scales may be argued, the exhibit does serve to highlight several trends that managers should be aware of as they approach their work. For example, although managers in all four countries may share similar views on the nature of people (good versus bad), significant differences are noted on such dimensions as people’s relation to nature and interpersonal relations. This, in turn, can affect how managers in these countries approach contract negotiations, the acquisition of new technologies, and the management of employees.

Japanese train station
Kluckhohn and Strodtbeck identified six dimensions that are helpful in understanding such differences. Japan is a populous country that requires workers to take public transportation to and from work. How does the Japanese geography affect Japanese culture? (Credit: elminium/ flickr/ Attribution 2.0 Generic (CC BY 2.0)) 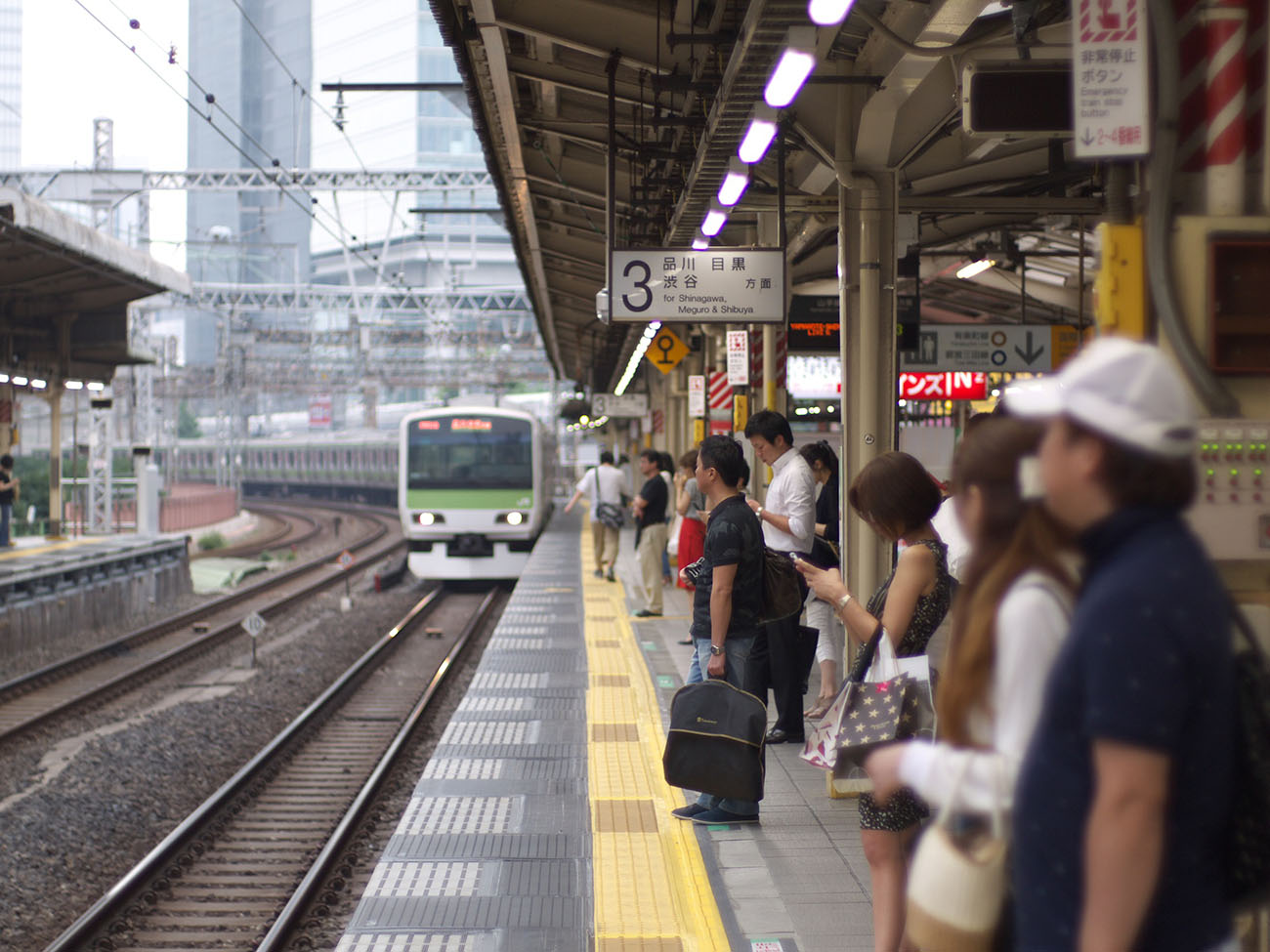 Dimensions such as these help us frame any discussion about how people differ. We can say, for example, that most Americans are individualistic, activity-oriented, and present/future-oriented. We can further say that they value privacy and want to control their environment. In another culture, perhaps the mode is past-oriented, reflective, group-oriented, and unconcerned with achievement. In Japan we hear that “the nail that sticks out gets hammered down”—a comment reflecting a belief in homogeneity within the culture and the importance of the group. In the United States, by contrast, we hear “Look out for Number One” and “A man’s home is his castle”—comments reflecting a belief in the supremacy of the individual over the group. Neither culture is “right” or “better.” Instead, each culture must be recognized as a force within individuals that motivates their behaviors within the workplace. However, even within the U.S. workforce, we must keep in mind that there are subcultures that can influence behavior. For example, recent work has shown that the Hispanic culture within the United States places a high value on groups compared to individuals and as a consequence takes a more collective approach to decision-making.

As we progress through this discussion, we shall continually build upon these differences as we attempt to understand behavior in the workplace.

Culture refers to the collective mental programming of a group or people that distinguishes them from others. Culture (1) is shared by the members of the group, (2) is passed on from older members to younger members, and (3) shapes our view of the world. Six dimensions of culture can be identified: (1) how people see themselves, (2) how people see nature, (3) how people approach interpersonal relationships, (4) how people view activity and achievement, (5) how people view time, and (6) how people view space.

Instructions: This instrument lists several pairs of statements concerning the possible causes of behavior. For each pair, select the letter (A or B) that better describes your own beliefs. Remember: there are no right or wrong answers. To view the scoring key, go to Appendix B.

Source: Adapted from Julian B. Rotter, “Generalized Expectancies for Internal Versus External Control of Reinforcement.” Psychological Monographs, 80 (Whole No. 609, 1966), pp. 11–12.

Instructions: People are influenced by a wide variety of personal values. In fact, it has been argued that values represent a major influence on how we process information, how we feel about issues, and how we behave. In this exercise, you are given an opportunity to consider your own personal values. Below are listed two sets of statements. The first list presents several instrumental values, while the second list presents several terminal values. For each list you are asked to rank the statements according to how important each is to you personally. In the list of instrumental values, place a “1” next to the value that is most important to you, a “2” next to the second most important, and so forth. Clearly, you will have to make some difficult decisions concerning your priorities. When you have completed the list for instrumental values, follow the same procedure for the terminal values. Please remember that this is not a test—there are no right or wrong answers—so be completely honest with yourself. To view the scoring key, go to Appendix B.

Johnson & Johnson is a leader in multinational medical devices as well as pharmaceutical and consumer packaged goods. Founded in 1886, the company has been through generations of cultural differences and is consistently listed among the Fortune 500. Johnson & Johnson is a household name for millions with many of their products lining the shelves of medicine cabinets around the globe. In 2017, Johnson & Johnson took the number two spot on the Thomson Reuters Diversity & Inclusion Index.

At such a multinational company, with over 130,000 employees worldwide, the forefront of the focus on their internal workforce is diversity. At the forefront of their mission statement, this is clearly stated: “Make diversity and inclusion how we work every day.” Having a mission statement is wonderful, but how does Johnson & Johnson live up to these standards day in and day out?

Chief Diversity & Inclusion Officer Wanda Bryant Hope works tirelessly to inject the company with the very founding principles that built the company 130 years ago. She is one of 46 percent of employees worldwide that are women, and is delivering solutions that serve all of the patients and companies that work with Johnson & Johnson.

One initiative that sets Johnson & Johnson apart in the diversity category is their programs and initiatives such as the Scientist Mentoring and Diversity Program (SMDP), which is a yearlong mentorship program pairing ethnically diverse students with industry leaders.

Additionally, the company commits to alignment with Human Rights Campaign Equality Index benchmarks, as well as supporting the armed forces and wounded soldiers. These benefits include transgender-inclusive health insurance coverage and paid time off after military leave for soldiers to acclimate back to life at home.

These commitments make Johnson & Johnson one of the best cases for a company that is making great strides in a tough cultural climate to bridge the gaps and make all of their employees, customers, and clients feel included and a part of the bigger whole.

Culture
The collective programming of the mind that distinguishes the members of one human group from another; the interactive aggregate of common characteristics that influences a human group’s response to its environment.