Leadership Needs in the 21st Century

Frequent headlines in popular business magazines like Fortune and Business Week call our attention to a major movement going on in the world of business. Organizations are being reengineered and restructured, and network, virtual, and modular corporations are emerging. People talk about the transnational organization, the boundaryless company, the post-hierarchical organization. By the end of the decade, the organizations that we will be living in, working with, and competing against are likely to be vastly different from what we know today.

The transition will not be easy; uncertainty tends to breed resistance. We are driven by linear and rational thinking, which leads us to believe that “we can get there from here” by making some incremental changes in who we are and what we are currently doing. Existing paradigms frame our perceptions and guide our thinking. Throwing away paradigms that have served us well in the past does not come easily.

A look back tells most observers that the past decade has been characterized by rapid change, intense competition, an explosion of new technologies, chaos, turbulence, and high levels of uncertainty. A quick scan of today’s business landscape suggests that this trend is not going away anytime soon. According to Professor Jay A. Conger from Canada’s McGill University, “In times of great transition, leadership becomes critically important. Leaders, in essence, offer us a pathway of confidence and direction as we move through seeming chaos. The magnitude of today’s changes will demand not only more leadership, but newer forms of leadership.”

What will the leaders of tomorrow be like? Professor Conger suggests that the effective leaders of the 21st century will have to be many things.

Finally, it is important to note that leadership theory construction and empirical inquiry are an ongoing endeavor. While the study of traits, behavior, and contingency models of leadership provide us with a great deal of insight into leadership, the mosaic is far from complete. During the past 15 years, several new theories of leadership have emerged; among them are leader-member exchange theory, implicit leadership theory, neocharismatic theory, value-based theory of leadership, and visionary leadership,

each of which over time will add to our bank of knowledge about leaders and the leadership process.

Leaders of the 21st-century organization have a monumental challenge awaiting them and a wealth of self-enriching and fulfilling opportunities. The challenge and rewards awaiting effective leaders are awesome!

Leadership in the high-involvement organization differs dramatically from that in the traditional and control-oriented organization. Leaders external to the team have as one of their primary roles empowering group members and the teams themselves to self-lead and self-manage. Leaders internal to the team are peers; they work alongside and simultaneously facilitate planning, organizing, directing, controlling, and the execution of the team’s work.

Although we know a great deal about the determinants of effective leadership, we have much to learn. Each theory presented in this chapter is put into practice by managers every day. None provides the complete answer to what makes leaders effective, but each has something important to offer.

Finally, our understanding of leadership has many shortcomings and limitations. The existing literature is largely based on observations from a Western industrialized context. The extent to which our theories of leadership are bound by our culture, limiting generalization to other cultures, is largely unknown. Cross-cultural leadership research will no doubt intensify as the global economy becomes an ever more dominant force in the world. 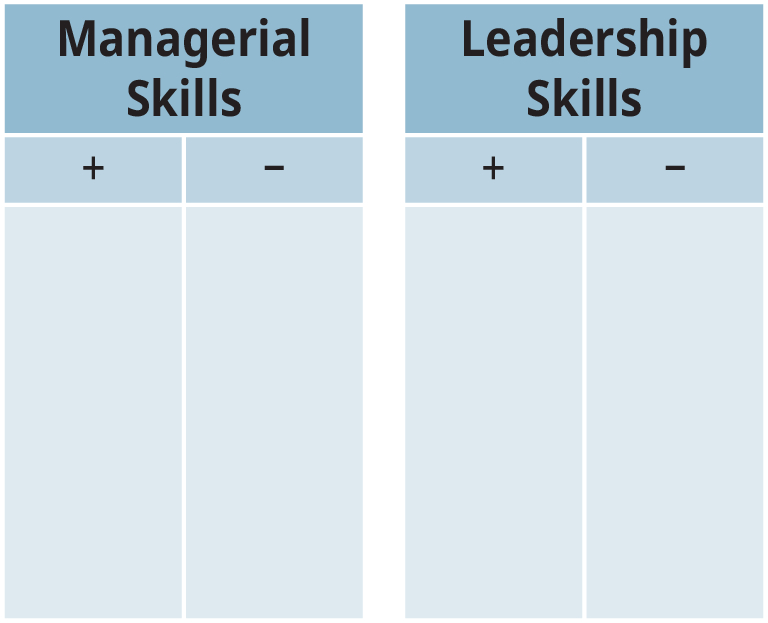 The Leadership Challenge at United

Anyone who has traveled even a little has at least one airline horror story: being stranded at an airport, obnoxious passengers, missed connections, flight delays, or just bad in-flight food. Even the most seasoned travelers would be hard-pressed to match Dr. David Dao’s experience of being forcibly removed, kicking and screaming, from a United Airlines flight. Most airline horror stories don’t end in a concussion, missing teeth, and a broken nose.

United Airlines CEO Oscar Munoz’s strangely detached response only made things worse. The incident was caught on video, and that video went viral almost immediately. Munoz issued a response that mischaracterized what plainly happened in the video and termed the violent assault as a passenger “re-accommodation” (Taylor 2017). Social media erupted with condemnation, which was echoed by late-night monologues. United was left with a damaged reputation, and its management was left wondering why their processes failed, what to do to mitigate the damage, and how to both restore their reputation and ensure that company values are followed in the future.

William Taylor (2017), in a commentary in Fortune, attributes United’s “re-accommodation” disaster as the product of company policy, airport security procedures, pilot protocols, and the “wisdom of crowds.” At each step, the gate agent, pilot, airport security, and the passengers themselves could have intervened but didn’t.

Brian Fielkow, business leader, author, and keynote speaker, writing at Entrepreneur.com, outlined some points that apply to Munoz’s response and the first reactions by United. Citing United’s core values, Fielkow points to Munoz’s failure to address the incident in light of the company’s values, take the blame, or even accurately describe what happened on the plane. Any one of these lapses in leadership would have caused confusion or stymied the recovery process. As a leader, Munoz was setting the tone for thousands of people. Seemingly abandoning United’s core values likely caused a rift in trust or just simple confusion company-wide. Miscasting the situation in a world of smartphones and social media reach only multiplied the effect. As a leader, Munoz was duty-bound to take responsibility for what literally the entire world saw—a breach of social ethics, let alone United’s core values. Failing to do this immediately created a problem larger than poorly planned company policy or just a perfect storm of contributing outside factors. Fielkow is keen to point out another crucial part of a company response— “You can’t walk it back” (2017 n.p.). Before responding, leadership should take time to gather the facts and thoroughly consider the possibilities of how the message will be received. Again, Munoz’s response failed at several key points, leading to the perception that Munoz’s second statement was “an attempt at damage control” (Fielkow 2017 n.p.).

Al Bolea, a leadership trainer, also attributes the incident to leadership failure. In a piece written for Applied Leadership, Bolea writes, “It’s about front line employees getting the wrong messages from the most senior levels of the company.” He contends that the mindset within United put procedures above context in the minds of the employees. What the gate agents should have considered was the company’s reputation, which should have prevented them from doing something most airline customers see as “profoundly immoral” (Bolea 2017 n.p.)

William C. Taylor, cofounder of Fast Company, also criticized the lack of leadership across United. As the presumptive leader of the flight, shouldn’t the pilot have done something? Why didn’t the gate agent think outside the box to solve the problem of getting the crew members from Chicago to Louisville, Kentucky? Why didn’t—or couldn’t—the gate agent use what Taylor refers to as a “common sense and a little bit of creativity” and prevent a highly embarrassing (and ultimately expensive) fiasco? Taylor muses that he would like to think he would have done more than shoot video, but the passengers on the flight remained quiet and submissive, expressing no group outrage. Finally, Taylor questions the weak initial response from United’s CEO, Oscar Munoz, writing, “If CEO Oscar Munoz’s goal was to make a disastrous situation even worse, well, he gets credit as a leader for succeeding at that” (2017 n.p.). And of the board, he questions their response, and says that response will be a “make or break test” of the company’s character (Taylor 2017).

So what will it take to lead United out of such a public mistake?

According to Brian Fielkow, the incident flew in the face of United’s core values, values which should never be sacrificed. United should have acknowledged this and addressed that failure. United should have held itself accountable for the incident rather than try to deflect blame. Fielkow contends that Munoz’s first response was to blame the passenger when Munoz should have accepted responsibility instead. Further, Fielkow writes that companies should anticipate what “can” go wrong, something the gate agents at United failed to do. Increasing passenger compensation to even three times the normal ticket price would have been cheaper than the PR nightmare (and stock price drop) that followed. After Munoz’s tepid response failed to quell general complaints about United’s handling of the passenger, he tried to issue a second “more appropriate” statement, but by then the damage had been done. Fielkow recommends waiting before issuing a response if need be. It’s better to prepared and issue a suitable response than to try to walk back a bad response. Above all, Fielkow recommends leaders “be human.” The first response Munoz gave had little empathy and made him, and United, appear insensitive and callous. A company’s first response should be to empathize with the customer, even if the customer is wrong. He writes, “When triaging a difficult problem, above all recognize the human factor” (Fielkow 2017 n.p.).

Writing in Forbes, Glenn Llopis emphasizes that how managers react to failure shapes their futures as leaders. Not only how leaders respond, but what is learned from a failure, will affect how future decisions are approached. Remember, you have to be doing something to fail, and if you never fail, then you aren’t stretching yourself. Venturing into the unknown and unfamiliar always risks failure (Llopis 2012).