Long-term construction projects, such as construction of a major sports stadium, can take several years to complete. Typically, revenue is recognized when the earnings process is complete; however, if the construction project did not begin work immediately, this could delay recognition of revenue, and expenses accumulated during the period would be unmatched. These unmatched expenses can misstate financial statements (particularly the income statement) and mislead stakeholders. There are also tax implications, where a company may benefit from tax breaks with reduced earnings.

Long-Term Construction Project. Revenue recognition requires use of the percentage of completion or completion contract method. (credit: modification of “Construction of Millennium Stadium, Cardiff” by Seth Whales/Wikimedia Commons, CC BY 2.0) 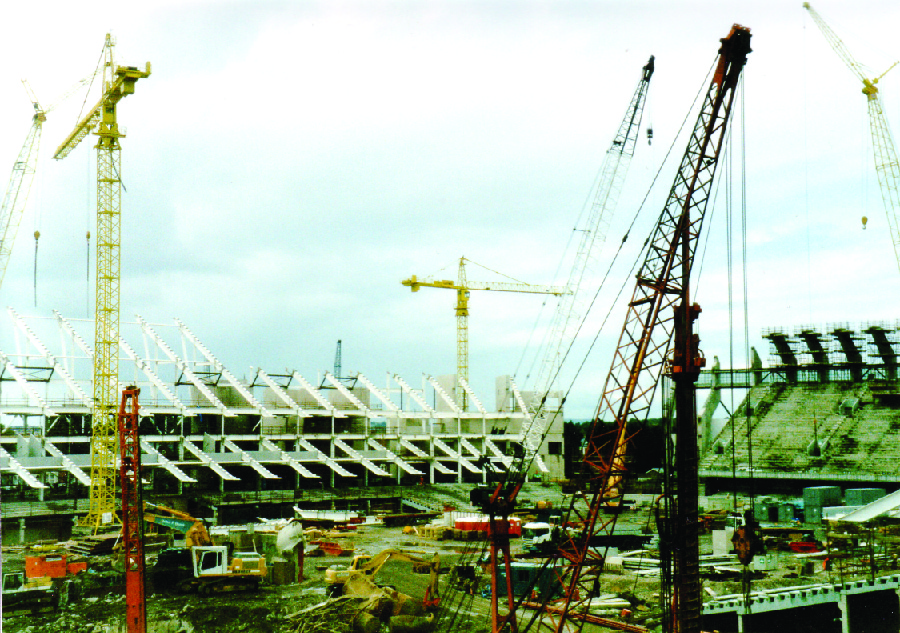 The completed contract method delays reporting of both revenues and expenses until the entire contract is complete. This can create reporting issues and is typically used only where cost and earnings cannot be reasonably estimated throughout the contract term.

Unlike most residential home loan transactions (usually labeled as mortgage loans), which tend to require monthly payments, commercial real estate sales are often structured as an installment sale (see (Figure)) and usually involve periodic installment payments from buyers. These payments can be structured with annual payments, interest-only payments, or any other payment format to which the parties agree.

Real Estate Installment Sales. Revenue recognition requires use of the installment method to account for long-term risk. (credit: modification of “Boost-the-Market-Value-of-Your-Home_L” by Dan Moyle/Flickr, CC BY 2.0) 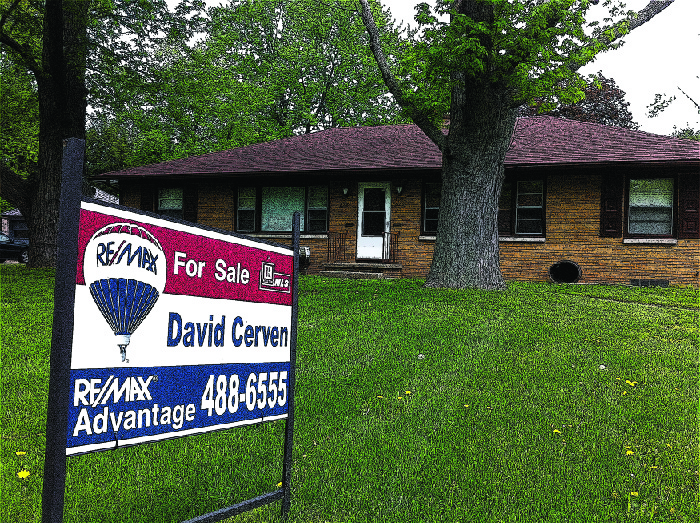 However, a seller/lender has no guarantee that the buyer will pay the debt in its entirety. In this event, the property serves as security for the seller/lender if legal action is taken. The longer the debt remains outstanding, the higher the risk the buyer will not complete payment. With traditional accrual accounting, risk is not considered and revenue is reported immediately. The installment method accounts for risk and defers revenue using a gross profit percentage. As installment payments are made, this percentage is applied to the current period.

Multi-year magazine subscriptions are long-term service contracts with payment usually occurring in advance of any provided service. The company may not recognize this revenue until the subscription has been provided, but there is also no guarantee that the contract will be honored in its entirety at the conditions expected. Financial Accounting Standards Board, Topic 606, Revenue from Contracts with Customers, requires businesses to report revenue “in an amount that reflects the consideration to which the entity expects to be entitled in exchange for the goods or services.”1 Thus, once a change occurs to the expected revenue distribution, this new amount is recorded going forward.

The portion of construction revenues earned by HKS, Inc. could not be reported upon initial receipt of funds but were instead distributed using the percentage of completion method. Much of the costs and completion associated with building the stadium occurred in the later years of the project (specifically 2015); thus, the company experienced a sharp increase in percentage of completion in the 2015 period. This showed a substantial increase to revenues during this period.

When Financial Accounting Standards Board (FASB) and International Accounting Standards Board (IASB) began their joint work to create converged standards, a primary goal was to develop a single, comprehensive revenue recognition standard. At the time work began, International Financial Reporting Stands (IFRS) had one general standard that was applied to all companies with little guidance for various industries or different revenue scenarios. On the other hand, U.S. generally accepted accounting principles (GAAP) had more than 100 standards that applied to revenue recognition. Because of the global nature of business, including investing and borrowing, it was important to increase the comparability of revenue measurement and reporting. After years of work, a new standard was agreed upon; both FASB and IASB released a revenue recognition standard that is essentially the same, with only a few differences. In the United States, the new revenue recognition standards became effective for reporting in 2018 for publicly traded companies.

A few differences remain in the reporting of revenue. In accounting for long-term projects, IFRS does not allow the completed contract method. If estimating the percentage of completion of the project is not possible, IFRS allows revenues equal to costs to be recognized. This results in no profit recognized in the current period, but rather all profit being deferred until the completion of the project.

Under both U.S. GAAP and IFRS, receivables are reported as either current or noncurrent assets depending on when they are due. Also, receivables that do not have an interest component are carried at net realizable value or the amount the company expects to receive for the receivable. This requires estimation and reporting of an allowance for uncollectible accounts (sometimes referred to as “provisions” under IFRS). However, receivables that do have a significant financing component are reported at amortized cost adjusted for an estimate of uncollectible accounts.

GAAP and IFRS can differ in the financial statement presentation of receivables. GAAP requires a liquidity presentation on the balance sheet, meaning assets are listed in order of liquidity (those assets most easily converted into cash to those assets least easily converted to cash). Thus, receivables—particularly accounts receivable, which are highly liquid—are presented right after cash. However, IFRS allows reverse liquidity presentation. Therefore, receivables may appear as one of the last items in the asset section of the balance sheet under IFRS. This requires careful observance of the presentation being used when comparing a company reporting under U.S. GAAP to one using IFRS when assessing receivables.

(Figure)What are the two methods of revenue recognition for long-term construction projects?

(Figure)What is the installment method?

The installment method takes into account risk associated with long-term periodic payments, and it distributes revenue based on a gross profit percentage over the life of the contract.

(Figure)What is a possible ramification of deferred revenue reporting?

(Figure)What is the completed contract method?

(Figure)What is the percentage of completion method?

(Figure)You own a construction company and have recently received a contract with the local school district to refurbish one of its elementary schools. You are given an up-front payment from the school district in the amount of $5 million. The contract terms extend from years 2018 to 2020.