Investment Choices
We generally view higher education as a good investment, if one can afford it, regardless of the state of the economy. (Credit: modification of work by Jason Bache/Flickr Creative Commons) 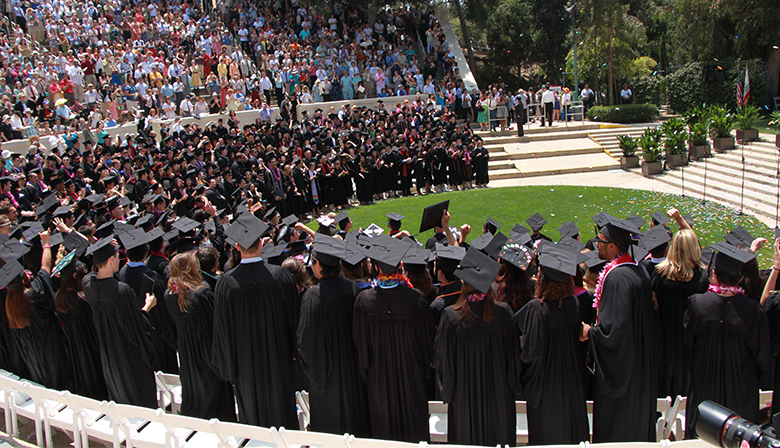 The 2008–2009 Great Recession touched families around the globe. In too many countries, workers found themselves out of a job. In developed countries, unemployment compensation provided a safety net, but families still saw a marked decrease in disposable income and had to make tough spending decisions. Of course, non-essential, discretionary spending was the first to go.

Even so, there was one particular category that saw a universal increase in spending world-wide during that time—an 18% uptick in the United States, specifically. You might guess that consumers began eating more meals at home, increasing grocery store spending; however, the Bureau of Labor Statistics’ Consumer Expenditure Survey, which tracks U.S. food spending over time, showed “real total food spending by U.S. households declined five percent between 2006 and 2009.” So, it was not groceries. What product would people around the world demand more of during tough economic times, and more importantly, why? (Find out at chapter’s end.)

That question leads us to this chapter’s topic—analyzing how consumers make choices. For most consumers, using “eeny, meeny, miney, moe” is not how they make decisions. Their decision-making processes have been educated far beyond a children’s rhyme.

Microeconomics seeks to understand the behavior of individual economic agents such as individuals and businesses. Economists believe that we can analyze individuals’ decisions, such as what goods and services to buy, as choices we make within certain budget constraints. Generally, consumers are trying to get the most for their limited budget. In economic terms they are trying to maximize total utility, or satisfaction, given their budget constraint.

Everyone has their own personal tastes and preferences. The French say: Chacun à son goût, or “Each to his own taste.” An old Latin saying states, De gustibus non est disputandum or “There’s no disputing about taste.” If people base their decisions on their own tastes and personal preferences, however, then how can economists hope to analyze the choices consumers make?

An economic explanation for why people make different choices begins with accepting the proverbial wisdom that tastes are a matter of personal preference. However, economists also believe that the choices people make are influenced by their incomes, by the prices of goods and services they consume, and by factors like where they live. This chapter introduces the economic theory of how consumers make choices about what goods and services to buy with their limited income.

The analysis in this chapter will build on the budget constraint that we introduced in the Choice in a World of Scarcity chapter. This chapter will also illustrate how economic theory provides a tool to systematically look at the full range of possible consumption choices to predict how consumption responds to changes in prices or incomes. After reading this chapter, consult the appendix Indifference Curves to learn more about representing utility and choice through indifference curves.