Building Home Equity
Many people choose to purchase their home rather than rent. This chapter explores how the global financial crisis has influenced home ownership. (Credit: modification of work by Diana Parkhouse/Flickr Creative Commones) 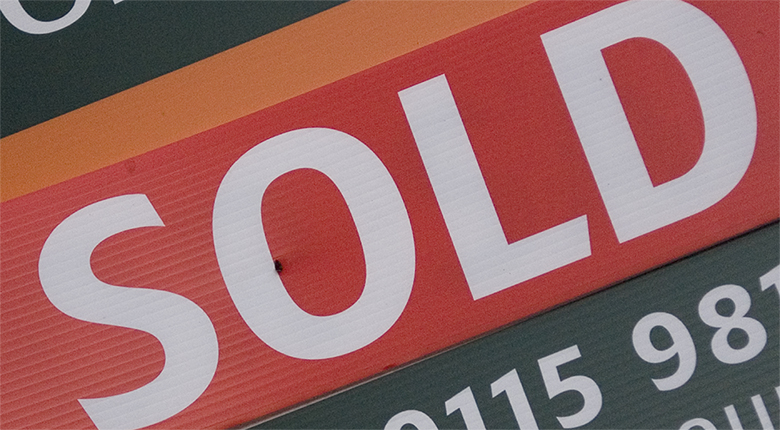 The Housing Bubble and the 2007 Financial Crisis

In 2006, housing equity in the United States peaked at $13 trillion. That means that the market prices of homes, less what was still owed on the loans they used to buy these houses, equaled $13 trillion. This was a very good number, since the equity represented the value of the financial asset most U.S. citizens owned.

However, by 2008 this number declined to $8.8 trillion, and it plummeted further still in 2009. Combined with the decline in value of other financial assets held by U.S. citizens, by 2010, U.S. homeowners’ wealth had shrunk $14 trillion! This is a staggering result, and it affected millions of lives: people had to alter their retirement, housing, and other important consumption decisions. Just about every other large economy in the world suffered a decline in the market value of financial assets, as a result of the 2008-2009 global financial crisis.

This chapter will explain why people purchase houses (other than as a place to live), why they buy other types of financial assets, and why businesses sell those financial assets in the first place. The chapter will also give us insight into why financial markets and assets go through boom and bust cycles like the one we described here.

When a firm needs to buy new equipment or build a new facility, it often must go to the financial market to raise funds. Usually firms will add capacity during an economic expansion when profits are on the rise and consumer demand is high. Business investment is one of the critical ingredients needed to sustain economic growth. Even in the sluggish 2009 economy, U.S. firms invested $1.4 trillion in new equipment and structures, in the hope that these investments would generate profits in the years ahead.

Between the end of the recession in 2009 through the second quarter 2013, profits for the S&P 500 companies grew to 9.7 % despite the weak economy, with cost cutting and reductions in input costs driving much of that amount, according to the Wall Street Journal. (Figure) shows corporate profits after taxes (adjusted for inventory and capital consumption). Despite the steep decline in quarterly net profit in 2008, profits have recovered and surpassed pre-recession levels.

Corporate Profits After Tax (Adjusted for Inventory and Capital Consumption)
Prior to 2008, corporate profits after tax more often than not increased each year. There was a significant drop in profits during 2008 and into 2009. The profit trend has since continued to increase each year, though at a less steady or consistent rate. (Source: Federal Reserve Economic Data (FRED) https://research.stlouisfed.org/fred2/series/CPATAX) 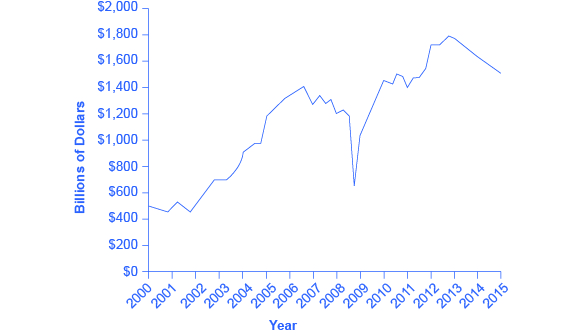 Many firms, from huge companies like General Motors to startup firms writing computer software, do not have the financial resources within the firm to make all the desired investments. These firms need financial capital from outside investors, and they are willing to pay interest for the opportunity to obtain a rate of return on the investment for that financial capital.

Visit this website to read more about financial markets.

Our perspective then shifts to consider how these financial investments appear to capital suppliers such as the households that are saving funds. Households have a range of investment options: bank accounts, certificates of deposit, money market mutual funds, bonds, stocks, stock and bond mutual funds, housing, and even tangible assets like gold. Finally, the chapter investigates two methods for becoming rich: a quick and easy method that does not work very well at all, and a slow, reliable method that can work very well over a lifetime.