Introduction to Information, Risk, and Insurance

Former President Obama’s Health Care Reform
The Patient Protection and Affordable Care Act has become a controversial topic—one which relates strongly to the topic of this chapter. (Credit: modification of work by Daniel Borman/Flickr Creative Commons) 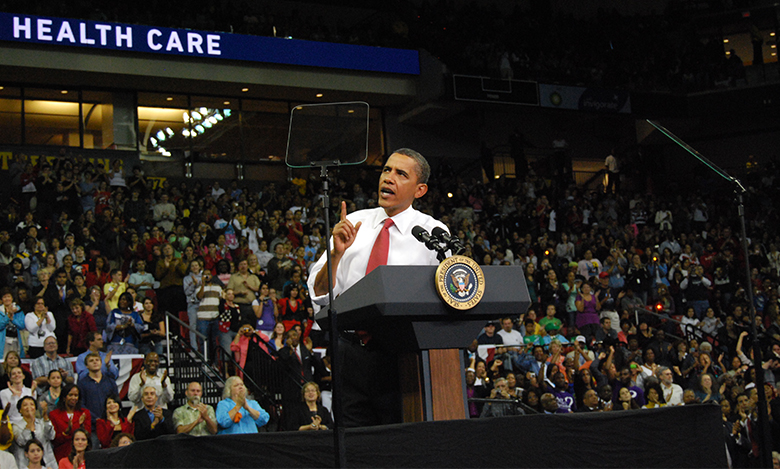 What’s the Big Deal with Obamacare?

In August 2009, many members of the U.S. Congress used their summer recess to return to their home districts and hold town hall-style meetings to discuss President Obama’s proposed changes to the U.S. healthcare system. This was officially known as the Patient Protection and Affordable Care Act (PPACA) or as the Affordable Care Act (ACA), but was more popularly known as Obamacare. The bill’s opponents’ claims ranged from the charge that the changes were unconstitutional and would add $750 billion to the deficit, to extreme claims about the inclusion of things like the implantation of microchips and so-called “death panels” that decide which critically-ill patients receive care and which do not.

Why did people react so strongly? After all, the intent of the law is to make healthcare insurance more affordable, to allow more people to obtain insurance, and to reduce the costs of healthcare. For each year from 2000 to 2011, these costs grew at least double the rate of inflation. In 2014, healthcare spending accounted for around 24% of all federal government spending. In the United States, we spend more for our healthcare than any other high-income nation, yet our health outcomes are worse than comparable high-income countries. In 2015, over 32 million people in the United States, about 12.8% of the non-elderly adult population, were without insurance. Even today, however, several years after the Act was signed into law and after the Supreme Court mostly upheld it, a 2015 Kaiser Foundation poll found that 43% of likely voters viewed it unfavorably. Why is this?

Introduction to Information, Risk, and Insurance

Every purchase is based on a belief about the satisfaction that the good or service will provide. In turn, these beliefs are based on the information that the buyer has available. For many products, the information available to the buyer or the seller is imperfect or unclear, which can either make buyers regret past purchases or avoid making future ones.

This chapter discusses how imperfect and asymmetric information affect markets. The first module of the chapter discusses how asymmetric information affects markets for goods, labor, and financial capital. When buyers have less information about the quality of the good (for example, a gemstone) than sellers do, sellers may be tempted to mislead buyers. If a buyer cannot have at least some confidence in the quality of what he or she is purchasing, then he or she will be reluctant or unwilling to purchase the products. Thus, we require mechanisms to bridge this information gap, so buyers and sellers can engage in a transaction.