Marriner S. Eccles Federal Reserve Headquarters, Washington D.C.
Some of the most influential decisions regarding monetary policy in the United States are made behind these doors. (Credit: modification of work by “squirrel83”/Flickr Creative Commons) 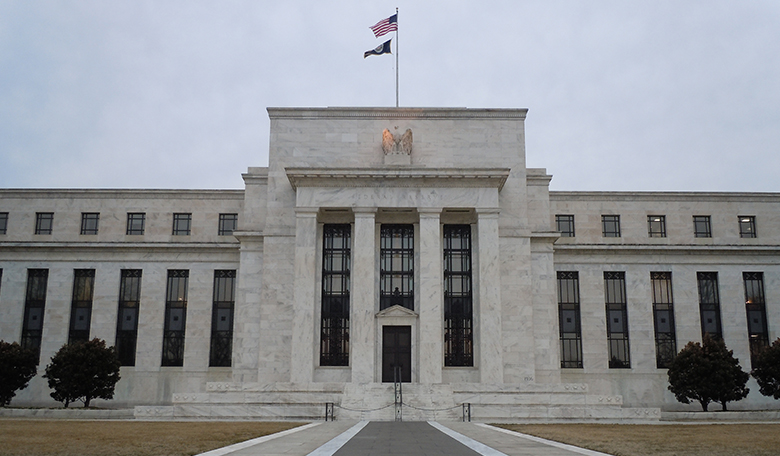 The Problem of the Zero Percent Interest Rate Lower Bound

Most economists believe that monetary policy (the manipulation of interest rates and credit conditions by a nation’s central bank) has a powerful influence on a nation’s economy. Monetary policy works when the central bank reduces interest rates and makes credit more available. As a result, business investment and other types of spending increase, causing GDP and employment to grow.

However, what if the interest rates banks pay are close to zero already? They cannot be made negative, can they? That would mean that lenders pay borrowers for the privilege of taking their money. Yet, this was the situation the U.S. Federal Reserve found itself in at the end of the 2008–2009 recession. The federal funds rate, which is the interest rate for banks that the Federal Reserve targets with its monetary policy, was slightly above 5% in 2007. By 2009, it had fallen to 0.16%.

Money, loans, and banks are all interconnected. Money is deposited in bank accounts, which is then loaned to businesses, individuals, and other banks. When the interlocking system of money, loans, and banks works well, economic transactions smoothly occur in goods and labor markets and savers are connected with borrowers. If the money and banking system does not operate smoothly, the economy can either fall into recession or suffer prolonged inflation.

The government of every country has public policies that support the system of money, loans, and banking. However, these policies do not always work perfectly. This chapter discusses how monetary policy works and what may prevent it from working perfectly.