New Home Construction
At the peak of the housing bubble, many people across the country were able to secure the loans necessary to build new houses. (Credit: modification of work by Tim Pierce/Flickr Creative Commons) 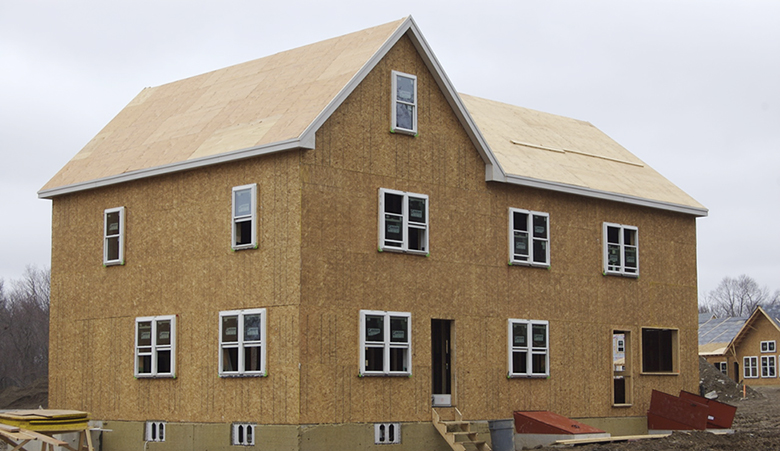 The United States experienced rising home ownership rates for most of the last two decades. Between 1990 and 2006, the U.S. housing market grew. Homeownership rates grew from 64% to a high of over 69% between 2004 and 2005. For many people, this was a period in which they could either buy first homes or buy a larger and more expensive home. During this time mortgage values tripled. Housing became more accessible to Americans and was considered to be a safe financial investment. (Figure) shows how new single family home sales peaked in 2005 at 107,000 units. 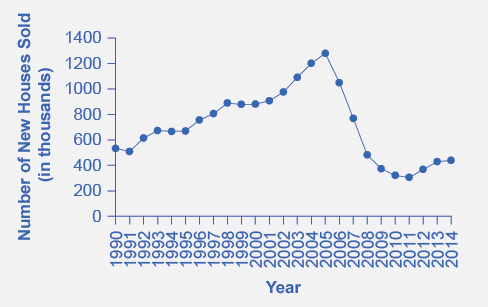 The housing bubble began to show signs of bursting in 2005, as delinquency and late payments began to grow and an oversupply of new homes on the market became apparent. Dropping home values contributed to a decrease in the overall wealth of the household sector and caused homeowners to pull back on spending. Several mortgage lenders were forced to file for bankruptcy because homeowners were not making their payments, and by 2008 the problem had spread throughout the financial markets. Lenders clamped down on credit and the housing bubble burst. Financial markets were now in crisis and unable or unwilling to even extend credit to credit-worthy customers.

The housing bubble and the crisis in the financial markets were major contributors to the Great Recession that led to unemployment rates over 10% and falling GDP. While the United States is still recovering from the impact of the Great Recession, it has made substantial progress in restoring financial market stability through implementing aggressive fiscal and monetary policy.

The economic history of the United States is cyclical in nature with recessions and expansions. Some of these fluctuations are severe, such as the economic downturn that occurred during the Great Depression in the 1930s which lasted several years. Why does the economy grow at different rates in different years? What are the causes of the cyclical behavior of the economy? This chapter will introduce an important model, the aggregate demand–aggregate supply model, to begin our understanding of why economies expand and contract over time.