The Impacts of Government Borrowing

Introduction to the Impacts of Government Borrowing 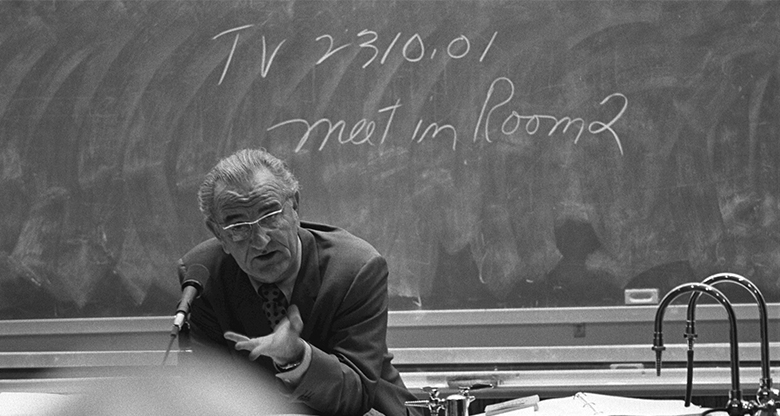 On November 8, 1965, President Lyndon B. Johnson signed The Higher Education Act of 1965 into law. With a stroke of the pen, he implemented what we know as the financial aid, work study, and student loan programs to help Americans pay for a college education. In his remarks, the President said:

Here the seeds were planted from which grew my firm conviction that for the individual, education is the path to achievement and fulfillment; for the Nation, it is a path to a society that is not only free but civilized; and for the world, it is the path to peace—for it is education that places reason over force.

This Act, he said, “is responsible for funding higher education for millions of Americans. It is the embodiment of the United States’ investment in ‘human capital’.” Since Johnson signed the Act into law, the government has renewed it several times.

The purpose of The Higher Education Act of 1965 was to build the country’s human capital by creating educational opportunity for millions of Americans. The three criteria that the government uses to judge eligibility are income, full-time or part-time attendance, and the cost of the institution. According to the 2011–2012 National Postsecondary Student Aid Study (NPSAS:12), in the 2011–2012 school year, over 70% of all full-time college students received some form of federal financial aid; 47% received grants; and another 55% received federal government student loans. The budget to support financial aid has increased not only because of more enrollment, but also because of increased tuition and fees for higher education. The current Trump administration is currently questioning these increases and the entire notion of how the government should deal with higher education. The President and Congress are charged with balancing fiscal responsibility and important government-financed expenditures like investing in human capital.

Introduction to the Impacts of Government Borrowing

Governments have many competing demands for financial support. Any spending should be tempered by fiscal responsibility and by looking carefully at the spending’s impact. When a government spends more than it collects in taxes, it runs a budget deficit. It then needs to borrow. When government borrowing becomes especially large and sustained, it can substantially reduce the financial capital available to private sector firms, as well as lead to trade imbalances and even financial crises.

The Government Budgets and Fiscal Policy chapter introduced the concepts of deficits and debt, as well as how a government could use fiscal policy to address recession or inflation. This chapter begins by building on the national savings and investment identity, which we first first introduced in The International Trade and Capital Flows chapter, to show how government borrowing affects firms’ physical capital investment levels and trade balances. A prolonged period of budget deficits may lead to lower economic growth, in part because the funds that the government borrows to fund its budget deficits are typically no longer available for private investment. Moreover, a sustained pattern of large budget deficits can lead to disruptive economic patterns of high inflation, substantial inflows of financial capital from abroad, plummeting exchange rates, and heavy strains on a country’s banking and financial system.