Introduction to the Keynesian Perspective

Signs of a Recession
Home foreclosures were just one of the many signs and symptoms of the recent Great Recession. During that time, many businesses closed and many people lost their jobs. (Credit: modification of work by Taber Andrew Bain/Flickr Creative Commons) 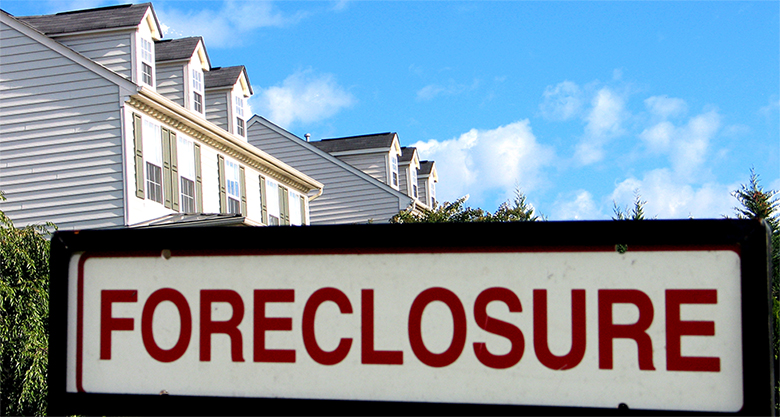 The 2008-2009 Great Recession hit the U.S. economy hard. According to the Bureau of Labor Statistics (BLS), the number of unemployed Americans rose from 6.8 million in May 2007 to 15.4 million in October 2009. During that time, the U.S. Census Bureau estimated that approximately 170,000 small businesses closed. Mass layoffs peaked in February 2009 when employers gave 326,392 workers notice. U.S. productivity and output fell as well. Job losses, declining home values, declining incomes, and uncertainty about the future caused consumption expenditures to decrease. According to the BLS, household spending dropped by 7.8%.

Home foreclosures and the meltdown in U.S. financial markets called for immediate action by Congress, the President, and the Federal Reserve Bank. For example, the government implemented programs such as the American Restoration and Recovery Act to help millions of people by providing tax credits for homebuyers, paying “cash for clunkers,” and extending unemployment benefits. From cutting back on spending, filing for unemployment, and losing homes, millions of people were affected by the recession. While the United States is now on the path to recovery, people will feel the impact for many years to come.

What caused this recession and what prevented the economy from spiraling further into another depression? Policymakers looked to the lessons learned from the 1930s Great Depression and to John Maynard Keynes’ models to analyze the causes and find solutions to the country’s economic woes. The Keynesian perspective is the subject of this chapter.

Introduction to the Keynesian Perspective

We have learned that the level of economic activity, for example output, employment, and spending, tends to grow over time. In The Keynesian Perspective we learned the reasons for this trend. The Macroeconomic Perspective pointed out that the economy tends to cycle around the long-run trend. In other words, the economy does not always grow at its average growth rate. Sometimes economic activity grows at the trend rate, sometimes it grows more than the trend, sometimes it grows less than the trend, and sometimes it actually declines. You can see this cyclical behavior in (Figure).

U.S. Gross Domestic Product, Percent Changes 1930–2014
The chart tracks the percent change in GDP since 1930. The magnitude of both recessions and peaks was quite large between 1930 and 1945. (Source: Bureau of Economic Analysis, “National Economic Accounts”) 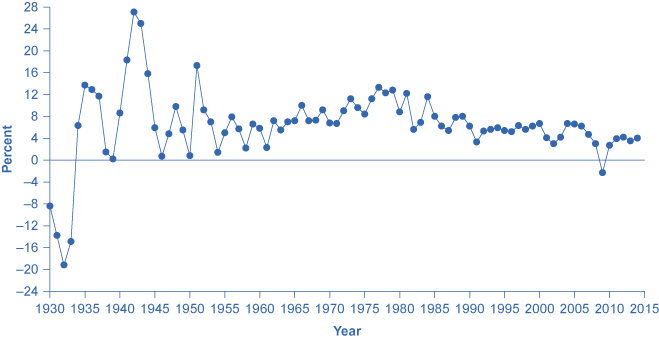 This empirical reality raises two important questions: How can we explain the cycles, and to what extent can we moderate them? This chapter (on the Keynesian perspective) and The Neoclassical Perspective explore those questions from two different points of view, building on what we learned in The Aggregate Demand/Aggregate Supply Model.