Introduction to the Neoclassical Perspective

Impact of the Great Recession
We can see the impact of the Great Recession in many areas of the economy that impact our daily lives. One of the most visible signs was in the housing market where many people were forced to abandon their homes and other buildings, including ones midway through construction. (Credit: modification of work by A McLin/Flickr Creative Commons) 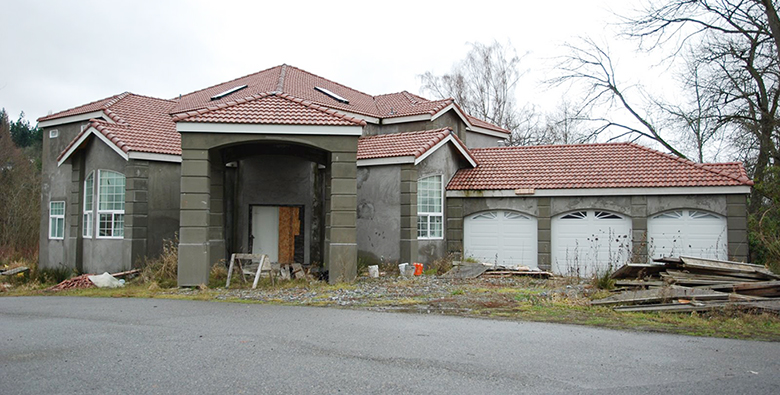 The Great Recession ended in June 2009 after 18 months, according to the National Bureau of Economic Research (NBER). The NBER examines a variety of measures of economic activity to gauge the economy’s overall health. These measures include real income, wholesale and retail sales, employment, and industrial production. In the years since the official end of this historic economic downturn, it has become clear that the Great Recession was two-pronged, hitting the U.S. economy with the collapse of the housing market and the failure of the financial system’s credit institutions, further contaminating global economies. While the stock market rapidly lost trillions of dollars of value, consumer spending dried up, and companies began cutting jobs, economic policymakers were struggling with how to best combat and prevent a national, and even global economic collapse. In the end, policymakers used a number of controversial monetary and fiscal policies to support the housing market and domestic industries as well as to stabilize the financial sector. Some of these initiatives included:

Four years after the end of the Great Recession, the economy has yet to return to its pre-recession levels of productivity and growth. Annual productivity increased only 1.9% between 2009 and 2012 compared to its 2.7% annual growth rate between 2000 and 2007, unemployment remains above the natural rate, and real GDP continues to lag behind potential growth. The actions the government has taken to stabilize the economy are still under scrutiny and debate about their effectiveness continues. In this chapter, we will discuss the neoclassical perspective on economics and compare it to the Keynesian perspective. At the end of the chapter, we will use the neoclassical perspective to analyze the actions the government has taken in the Great Recession.

Introduction to the Neoclassical Perspective

In Chicago, Illinois, the highest recorded temperature was 105° in July 1995, while the lowest recorded temperature was 27° below zero in January 1958. Understanding why these extreme weather patterns occurred would be interesting. However, if you wanted to understand the typical weather pattern in Chicago, instead of focusing on one-time extremes, you would need to look at the entire pattern of data over time.

A similar lesson applies to the study of macroeconomics. It is interesting to study extreme situations, like the 1930s Great Depression or what many have called the 2008-2009 Great Recession. If you want to understand the whole picture, however, you need to look at the long term. Consider the unemployment rate. The unemployment rate has fluctuated from as low as 3.5% in 1969 to as high as 9.7% in 1982 and 9.6% in 2009. Even as the U.S. unemployment rate rose during recessions and declined during expansions, it kept returning to the general neighborhood of 5.0–5.5%. When the nonpartisan Congressional Budget Office carried out its long-range economic forecasts in 2010, it assumed that from 2015 to 2020, after the recession has passed, the unemployment rate would be 5.0%. From a long-run perspective, the economy seems to keep adjusting back to this rate of unemployment.

As the name “neoclassical” implies, this perspective of how the macroeconomy works is a “new” view of the “old” classical model of the economy. The classical view, the predominant economic philosophy until the Great Depression, was that short-term fluctuations in economic activity would rather quickly, with flexible prices, adjust back to full employment. This view of the economy implied a vertical aggregate supply curve at full employment GDP, and prescribed a “hands off” policy approach. For example, if the economy were to slip into recession (a leftward shift of the aggregate demand curve), it would temporarily exhibit a surplus of goods. Falling prices would eliminate this surplus, and the economy would return to full employment level of GDP. No active fiscal or monetary policy was needed. In fact, the classical view was that expansionary fiscal or monetary policy would only cause inflation, rather than increase GDP. The deep and lasting impact of the Great Depression changed this thinking and Keynesian economics, which prescribed active fiscal policy to alleviate weak aggregate demand, became the more mainstream perspective.