Production in the Short Run

In this chapter, we want to explore the relationship between the quantity of output a firm produces, and the cost of producing that output. We mentioned that the cost of the product depends on how many inputs are required to produce the product and what those inputs cost. We can answer the former question by looking at the firm’s production function.

The production process for pizza includes inputs such as ingredients, the efforts of the pizza maker, and tools and materials for cooking and serving. (Credit: Haldean Brown/Flickr Creative Commons) 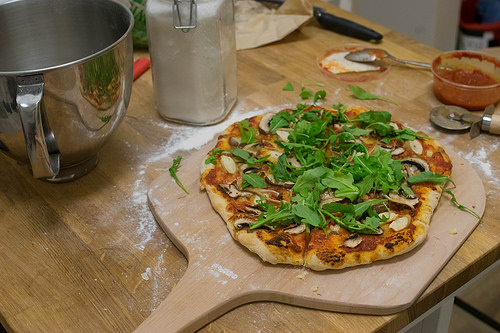 Production is the process (or processes) a firm uses to transform inputs (e.g. labor, capital, raw materials) into outputs, i.e. the goods or services the firm wishes to sell. Consider pizza making. The pizzaiolo (pizza maker) takes flour, water, and yeast to make dough. Similarly, the pizzaiolo may take tomatoes, spices, and water to make pizza sauce. The cook rolls out the dough, brushes on the pizza sauce, and adds cheese and other toppings. The pizzaiolo uses a peel—the shovel-like wooden tool– to put the pizza into the oven to cook. Once baked, the pizza goes into a box (if it’s for takeout) and the customer pays for the good. What are the inputs (or factors of production) in the production process for this pizza?

The cost of producing pizza (or any output) depends on the amount of labor capital, raw materials, and other inputs required and the price of each input to the entrepreneur. Let’s explore these ideas in more detail.

We can summarize the ideas so far in terms of a production function, a mathematical expression or equation that explains the engineering relationship between inputs and outputs:

We can describe inputs as either fixed or variable.

Fixed inputs are those that can’t easily be increased or decreased in a short period of time. In the pizza example, the building is a fixed input. Once the entrepreneur signs the lease, he or she is stuck in the building until the lease expires. Fixed inputs define the firm’s maximum output capacity. This is analogous to the potential real GDP shown by society’s production possibilities curve, i.e. the maximum quantities of outputs a society can produce at a given time with its available resources.

Variable inputs are those that can easily be increased or decreased in a short period of time. The pizzaiolo can order more ingredients with a phone call, so ingredients would be variable inputs. The owner could hire a new person to work the counter pretty quickly as well.

Economists often use a short-hand form for the production function:

The long run is the period of time during which all factors are variable. Once the lease expires for the pizza restaurant, the shop owner can move to a larger or smaller place.

Let’s explore production in the short run using a specific example: tree cutting (for lumber) with a two-person crosscut saw.

Production in the short run may be explored through the example of lumberjacks using a two-person saw. (Credit: Wknight94/Wikimedia Commons) 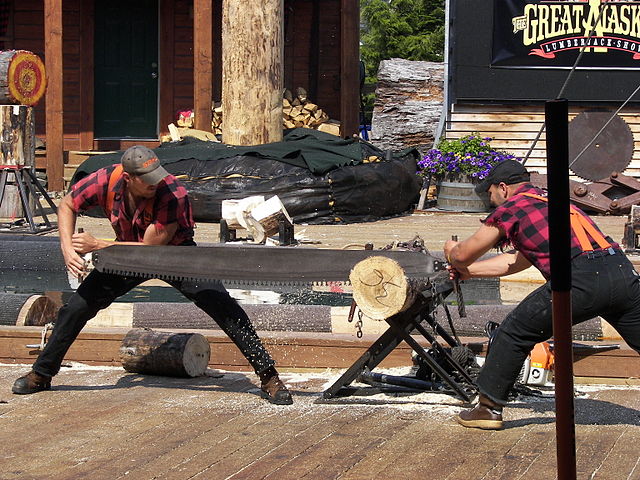 Since by definition capital is fixed in the short run, our production function becomes

This equation simply indicates that since capital is fixed, the amount of output (e.g. trees cut down per day) depends only on the amount of labor employed (e.g. number of lumberjacks working). We can express this production function numerically as (Figure) below shows. 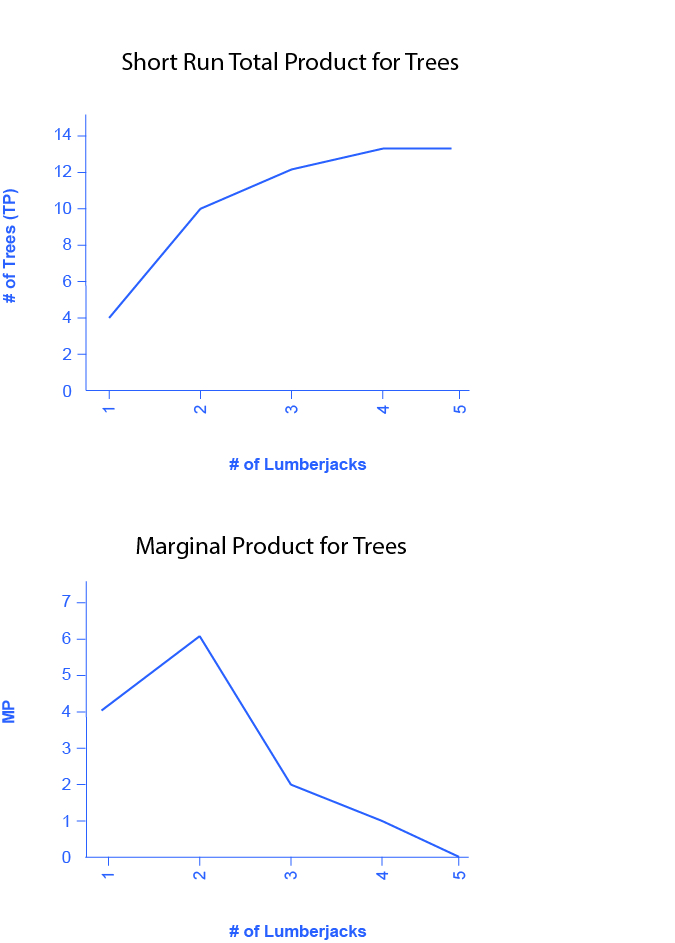 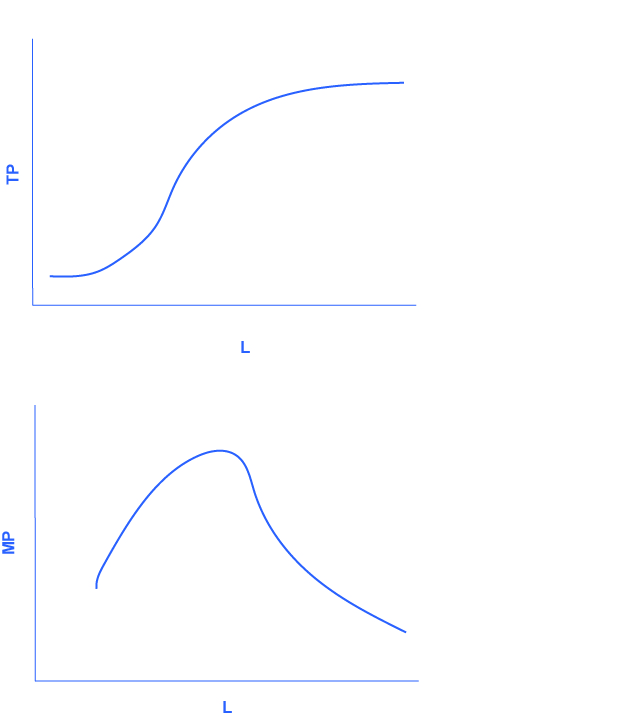 Production is the process a firm uses to transform inputs (e.g. labor, capital, raw materials, etc.) into outputs. It is not possible to vary fixed inputs (e.g. capital) in a short period of time. Thus, in the short run the only way to change output is to change the variable inputs (e.g. labor). Marginal product is the additional output a firm obtains by employing more labor in production. At some point, employing additional labor leads to diminishing marginal productivity, meaning the additional output obtained is less than for the previous increment to labor. Mathematically, marginal product is the slope of the total product curve.

What is a production function?

What is the difference between a fixed input and a variable input?

factors of production (or inputs)
resources that firms use to produce their products, for example, labor and capital