In making decisions about the money supply, a central bank decides whether to raise or lower interest rates and, in this way, to influence macroeconomic policy, whose goal is low unemployment and low inflation. The central bank is also responsible for regulating all or part of the nation’s banking system to protect bank depositors and insure the health of the bank’s balance sheet.

Structure/Organization of the Federal Reserve

Unlike most central banks, the Federal Reserve is semi-decentralized, mixing government appointees with representation from private-sector banks. At the national level, it is run by a Board of Governors, consisting of seven members appointed by the President of the United States and confirmed by the Senate. Appointments are for 14-year terms and they are arranged so that one term expires January 31 of every even-numbered year. The purpose of the long and staggered terms is to insulate the Board of Governors as much as possible from political pressure so that governors can make policy decisions based only on their economic merits. Additionally, except when filling an unfinished term, each member only serves one term, further insulating decision-making from politics. The Fed’s policy decisions do not require congressional approval, and the President cannot ask for a Federal Reserve Governor to resign as the President can with cabinet positions.

One member of the Board of Governors is designated as the Chair. For example, from 1987 until early 2006, the Chair was Alan Greenspan. From 2006 until 2014, Ben Bernanke held the post. The current Chair, Janet Yellen, has made many headlines already. Why? See the following Clear It Up feature to find out. 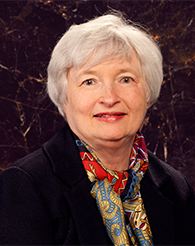 What individual can make financial market crash or soar just by making a public statement? It is not Bill Gates or Warren Buffett. It is not even the President of the United States. The answer is the Chair of the Federal Reserve Board of Governors. In early 2014, Janet L. Yellen, ((Figure)) became the first woman to hold this post. The media had described Yellen as “perhaps the most qualified Fed chair in history.” With a Ph.D. in economics from Yale University, Yellen has taught macroeconomics at Harvard, the London School of Economics, and most recently at the University of California at Berkeley. From 2004–2010, Yellen was President of the Federal Reserve Bank of San Francisco. Not an ivory tower economist, Yellen became one of the few economists who warned about a possible bubble in the housing market, more than two years before the financial crisis occurred. Yellen served on the Board of Governors of the Federal Reserve twice, most recently as Vice Chair. She also spent two years as Chair of the President’s Council of Economic Advisors. If experience and credentials mean anything, Yellen is likely to be an effective Fed chair.

The Fed Chair is first among equals on the Board of Governors. While he or she has only one vote, the Chair controls the agenda, and is the Fed’s public voice, so he or she has more power and influence than one might expect.

Visit this website to see who the current members of the Federal Reserve Board of Governors are. You can follow the links provided for each board member to learn more about their backgrounds, experiences, and when their terms on the board will end. 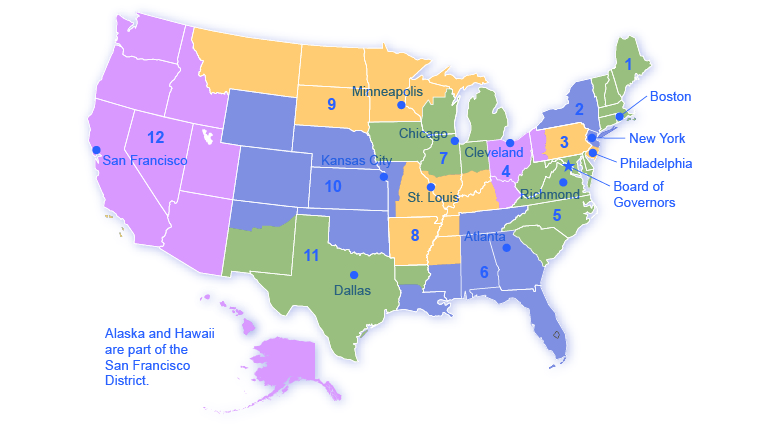 What Does a Central Bank Do?

The Federal Reserve, like most central banks, is designed to perform three important functions:

The Federal Reserve provides many of the same services to banks as banks provide to their customers. For example, all commercial banks have an account at the Fed where they deposit reserves. Similarly, banks can obtain loans from the Fed through the “discount window” facility, which we will discuss in more detail later. The Fed is also responsible for check processing. When you write a check, for example, to buy groceries, the grocery store deposits the check in its bank account. Then, the grocery store’s bank returns the physical check (or an image of that actual check) to your bank, after which it transfers funds from your bank account to the grocery store’s account. The Fed is responsible for each of these actions.

On a more mundane level, the Federal Reserve ensures that enough currency and coins are circulating through the financial system to meet public demands. For example, each year the Fed increases the amount of currency available in banks around the Christmas shopping season and reduces it again in January.

Finally, the Fed is responsible for assuring that banks are in compliance with a wide variety of consumer protection laws. For example, banks are forbidden from discriminating on the basis of age, race, sex, or marital status. Banks are also required to disclose publicly information about the loans they make for buying houses and how they distribute the loans geographically, as well as by sex and race of the loan applicants.

The most prominent task of a central bank is to conduct monetary policy, which involves changes to interest rates and credit conditions, affecting the amount of borrowing and spending in an economy. Some prominent central banks around the world include the U.S. Federal Reserve, the European Central Bank, the Bank of Japan, and the Bank of England.

Why is it important for the members of the Board of Governors of the Federal Reserve to have longer terms in office than elected officials, like the President?

Longer terms insulate the Board from political forces. Since the presidency can potentially change every four years, the Federal Reserve’s independence prevents drastic swings in monetary policy with every new administration and allows policy decisions to be made only on economic grounds.

How is a central bank different from a typical commercial bank?

List the three traditional tools that a central bank has for controlling the money supply.

Why do presidents typically reappoint Chairs of the Federal Reserve Board even when they were originally appointed by a president of a different political party?