Brothers Fernando and Santiago Aguerre exhibited entrepreneurial tendencies at an early age. At 8 and 9 years old respectively, they sold strawberries and radishes from a vacant lot near their parents’ home in Plata del Mar on the Atlantic coast of Argentina. At 11 and 12, they provided a surfboard repair service from their garage. As teenagers, Fer and Santi, as they call each other, opened Argentina’s first surf shop, which led to their most ambitious entrepreneurial venture of all.

The flat-footed brothers found that traipsing across hot sand in flip-flops was uncomfortable, so in 1984 they sank their $4,000 savings into manufacturing their own line of beach sandals. Now offering sandals and footwear for women, men, and children, as well as clothing for men, Reef sandals have become the world’s hottest beach footwear, with a presence in nearly every surf shop in the United States.

Jack Bonneau is the quintessential entrepreneur. In the three years he has been in business, he has expanded his product line, opened multiple locations, established strategic partnerships, and secured sponsorship from several national brands. His business has garnered publicity from The New York Times, The Denver Post, The Today Show, Good Morning America, and numerous other media. He has shared his business success on several stages, speaking at TechStars and the Aspen Ideas Festival, and recently delivered the closing keynote speech at a national STEM conference. He even landed a gig on Shark Tank.

Jack Bonneau is smart, charismatic, an excellent spokesperson, and persistent in his mission. And he is only 11 years old—which also makes him very adorable.

Jack’s business was born from a need that most kids have: a desire for toys. He asked his dad, Steve Bonneau, for a LEGO Star Wars Death Star. The problem was that it cost $400. Jack’s dad said he could have it but only if he paid for it himself. This led Jack to do what a lot of kids do to earn some extra cash. He opened a lemonade stand. But he quickly learned that this would never help him realize his dream, so, with the advice and help of his father, he decided to open a lemonade stand at a local farmers market. “There were lots of people who wanted to buy great lemonade from an eight-year-old,” says Jack. In no time, Jack had earned enough to buy his LEGO Death Star. “I had sales of around $2,000, and my total profit was $900,” Jack said.

Jack realized that he was on to something. Adults love to buy things from cute kids. What if he could make even more money by opening more locations? Jack developed an expansion plan to open three new “Jack Stands” the following spring. Realizing that he would need more working capital, he secured a $5,000 loan from Young Americas Bank, a bank in Denver that specializes in loans to children. Jack made $25,000 in 2015.

The following year, Jack wanted to expand operations, so he secured a second loan for $12,000. He opened stands in several more locations, including shopping malls during the holiday season, selling apple cider and hot chocolate instead of lemonade. He also added additional shop space and recruited other young entrepreneurial kids to sell their products in his space, changing the name to Jack’s Stands and Marketplace. One of his first partnerships was Sweet Bee Sisters, a lip balm and lotion company founded by Lily, Chloe, and Sophie Warren. He also worked with 18 other young entrepreneurs who sell a range of products from organic dog treats to scarves and headbands.

Jack’s strategy worked, and the business brought in more than $100,000 last year. This year, he became the spokesperson for Santa Cruz Organic Lemonade, and he’s now looking at expanding into other cities such as Detroit and New Orleans.

Even though Jack is only 11 years old, he has already mastered financial literacy, customer service, marketing and sales, social skills, and other sound business practices—all the qualities of a successful entrepreneur.

The Aguerres, who currently live two blocks from each other in La Jolla, California, sold Reef to VF Corporation for more than $100 million in 2005. In selling Reef, “We’ve finally found our freedom,” Fernando says. “We traded money for time,” adds Santiago. Fernando remains active with surfing organizations, serving as president of the International Surfing Association, where he became known as “Ambassador of the Wave” for his efforts in getting all 90 worldwide members of the International Olympic Committee to unanimously vote in favor of including surfing in the 2020 Olympic Games.

Dashel Pierson, “10 Things You Should Know about Surfing in the Olympics,” Surfline, http://www.surfline.com, August 5, 2016.

He has also been named “Waterman of the Year” by the Surf Industry Manufacturers Association two times in 24 years.

Santi raises funds for his favorite not-for-profit, SurfAid. Both brothers are enjoying serving an industry that has served them so well.

The United States is blessed with a wealth of entrepreneurs such as the Aguerres who want to start a small business. According to research by the Small Business Administration, two-thirds of college students intend to be entrepreneurs at some point in their careers, aspiring to become the next Bill Gates or Jeff Bezos, founder of Amazon.com. But before you put out any money or expend energy and time, you’d be wise to check out (Figure) for some preliminary advice.

The desire to be one’s own boss cuts across all age, gender, and ethnic lines. Results of a recent U.S. Census Bureau survey of business owners show that minority groups and women are becoming business owners at a much higher rate than the national average. (Figure) illustrates these minority-owned business demographics.

Why has entrepreneurship remained such a strong part of the foundation of the U.S. business system for so many years? Because today’s global economy rewards innovative, flexible companies that can respond quickly to changes in the business environment. Such companies are started by entrepreneurs, people with vision, drive, and creativity, who are willing to take the risk of starting and managing a business to make a profit.

Classic entrepreneurs are risk-takers who start their own companies based on innovative ideas. Some classic entrepreneurs are micropreneurs who start small and plan to stay small. They often start businesses just for personal satisfaction and the lifestyle. Miho Inagi is a good example of a micropreneur. On a visit to New York with college friends in 1998, Inagi fell in love with the city’s bagels. “I just didn’t think anything like a bagel could taste so good,” she said. Her passion for bagels led the young office assistant to quit her job and pursue her dream of one day opening her own bagel shop in Tokyo. Although her parents tried to talk her out of it, and bagels were virtually unknown in Japan, nothing deterred her. Other trips to New York followed, including an unpaid six-month apprenticeship at Ess-a-Bagel, where Inagi took orders, cleared trays, and swept floors. On weekends, owner Florence Wilpon let her make dough.

In August 2004, using $20,000 of her own savings and a $30,000 loan from her parents, Inagi finally opened tiny Maruichi Bagel. The timing was fortuitous, as Japan was about to experience a bagel boom. After a slow start, a favorable review on a local bagel website brought customers flocking for what are considered the best bagels in Tokyo. Inagi earns only about $2,300 a month after expenses, the same amount she was making as a company employee. “Before I opened this store I had no goals,” she says, “but now I feel so satisfied.”

In contrast, growth-oriented entrepreneurs want their business to grow into a major corporation. Most high-tech companies are formed by growth-oriented entrepreneurs. Jeff Bezos recognized that with Internet technology he could compete with large chains of traditional book retailers. Bezos’s goal was to build his company into a high-growth enterprise—and he chose a name that reflected his strategy: Amazon.com. Once his company succeeded in the book sector, Bezos applied his online retailing model to other product lines, from toys and house and garden items to tools, apparel, music, and services. In partnership with other retailers, Bezos is well on his way to making Amazon’s vision “to be Earth’s most customer-centric company; to build a place where people can come to find and discover anything they might want to buy online.”—a reality.

Then there are multipreneurs, entrepreneurs who start a series of companies. They thrive on the challenge of building a business and watching it grow. In fact, over half of the chief executives at Inc. 500 companies say they would start another company if they sold their current one. Brothers Jeff and Rich Sloan are a good example of multipreneurs, having turned numerous improbable ideas into successful companies. Over the past 20-plus years, they have renovated houses, owned a horse breeding and marketing business, invented a device to prevent car batteries from dying, and so on. Their latest venture, a multimedia company called StartupNation, helps individuals realize their entrepreneurial dreams. And the brothers know what company they want to start next: yours.

“About StartupNation,” https://startupnation.com, accessed February 1, 2018; Jim Morrison, “Entrepreneurs,” American Way Magazine, October 15, 2005, p. 94.
If there is one person responsible for the mainstream success of solar energy and electric vehicles in the past 10 years, it’s Elon Musk, founder and CEO of Tesla. Since the 2000s when he founded Tesla, launching innovation in solar technology, and commercial space exploration with SpaceX, Musk has pioneered countless innovations and has challenged traditional automobile, trucking, and energy companies to challenge and rethink their businesses. What entrepreneurial type best describes Elon Musk? (Credit: Steve Jurvetson/ Flickr/ Attribution 2.0 Generic (CC BY 2.0)) 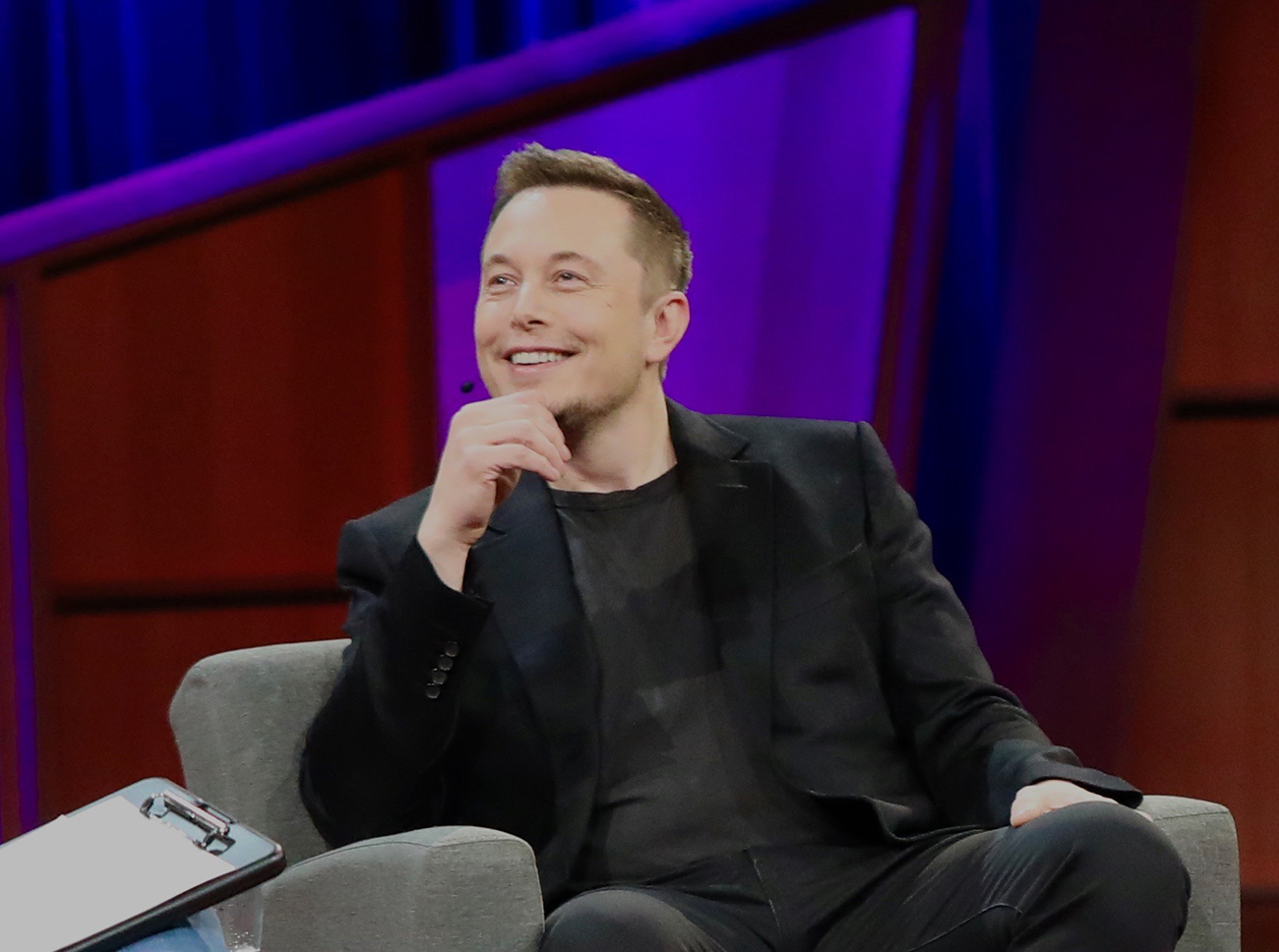 Some entrepreneurs don’t own their own companies but apply their creativity, vision, and risk-taking within a large corporation. Called intrapreneurs, these employees enjoy the freedom to nurture their ideas and develop new products, while their employers provide regular salaries and financial backing. Intrapreneurs have a high degree of autonomy to run their own minicompanies within the larger enterprise. They share many of the same personality traits as classic entrepreneurs, but they take less personal risk. According to Gifford Pinchot, who coined the term intrapreneur in his book of the same name, large companies provide seed funds that finance in-house entrepreneurial efforts. These include Intel, IBM, Texas Instruments (a pioneering intrapreneurial company), Salesforce.com, and Xerox.

Why Become an Entrepreneur?

As the examples in this chapter show, entrepreneurs are found in all industries and have different motives for starting companies. The most common reason cited by CEOs of the Inc. 500, the magazine’s annual list of fastest-growing private companies, is the challenge of building a business, followed by the desire to control their own destiny. Other reasons include financial independence and the frustration of working for someone else. Two important motives mentioned in other surveys are a feeling of personal satisfaction with their work, and creating the lifestyle that they want. Do entrepreneurs feel that going into business for themselves was worth it? The answer is a resounding yes. Most say they would do it again.

Entrepreneurs are innovators who take the risk of starting and managing a business to make a profit. Most want to develop a company that will grow into a major corporation. People become entrepreneurs for four main reasons: the opportunity for profit, independence, personal satisfaction, and lifestyle. Classic entrepreneurs may be micropreneurs, who plan to keep their businesses small, or growth-oriented entrepreneurs. Multipreneurs start multiple companies, while intrapreneurs work within large corporations.

entrepreneurs
People with vision, drive, and creativity who are willing to take the risk of starting and managing a business to make a profit, or greatly changing the scope and direction of an existing firm.

intrapreneurs
Entrepreneurs who apply their creativity, vision, and risk-taking within a large corporation, rather than starting a company of their own.

small business
A business with under 500 employees that is independently managed, is owned by an individual or a small group of investors, is based locally, and is not a dominant company in its industry.