The many definitions of leadership each have a different emphasis. Some definitions consider leadership an act or behavior, such as initiating structure so group members know how to complete a task. Others consider a leader to be the center or nucleus of group activity, an instrument of goal achievement who has a certain personality, a form of persuasion and power, and the art of inducing compliance.

Some look at leadership in terms of the management of group processes. In this view, a good leader develops a vision for the group, communicates that vision,

orchestrates the group’s energy and activity toward goal attainment, “[turns] a group of individuals into a team,” and “[transforms] good intentions into positive actions.”

Leadership is frequently defined as a social (interpersonal) influence relationship between two or more persons who depend on each other to attain certain mutual goals in a group situation.

Joe Madden at pitcher mound
Joe Maddon, manager of the Chicago Cubs baseball team, is lauded for both his managerial and leadership skills. Maddon is a role model for managers competing in the business world. Managers can learn and profit from the Cubs skipper’s philosophy of instilling an upbeat attitude with the team, staying loose but staying productive, and avoiding being the center of attention. 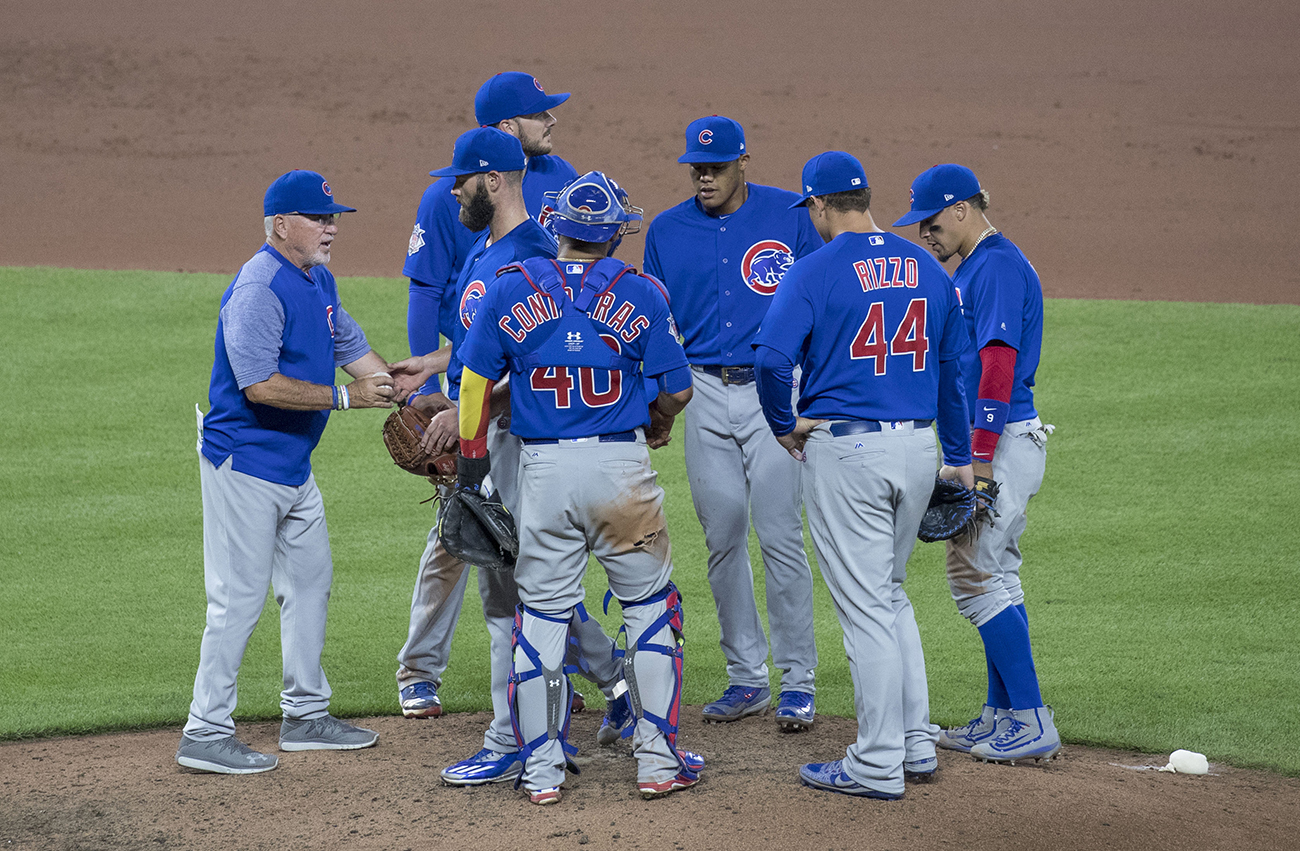 The two dual concepts, leader and manager, leadership and management, are not interchangeable, nor are they redundant. The differences between the two can, however, be confusing. In many instances, to be a good manager one needs to be an effective leader. Many CEOs have been hired in the hope that their leadership skills, their ability to formulate a vision and get others to “buy into” that vision, will propel the organization forward. In addition, effective leadership often necessitates the ability to manage—to set goals; plan, devise, and implement strategy; make decisions and solve problems; and organize and control. For our purposes, the two sets of concepts can be contrasted in several ways.

First, we define the two concepts differently. In Management and Organizational Behavior, we defined management as a process consisting of planning, organizing, directing, and controlling. Here we define leadership as a social (interpersonal) influence relationship between two or more people who are dependent on each another for goal attainment.

Second, managers and leaders are commonly differentiated in terms of the processes through which they initially come to their position. Managers are generally appointed to their role. Even though many organizations appoint people to positions of leadership, leadership per se is a relationship that revolves around the followers’ acceptance or rejection of the leader.

Thus, leaders often emerge out of events that unfold among members of a group.

Third, managers and leaders often differ in terms of the types and sources of the power they exercise. Managers commonly derive their power from the larger organization. Virtually all organizations legitimize the use of certain “carrots and sticks” (rewards and punishments) as ways of securing the compliance of their employees. In other words, by virtue of the position that a manager occupies (president, vice president, department head, supervisor), certain “rights to act” (schedule production, contract to sell a product, hire and fire) accompany the position and its place within the hierarchy of authority. Leaders can also secure power and the ability to exercise influence using carrots and sticks; however, it is much more common for leaders to derive power from followers’ perception of their knowledge (expertise), their personality and attractiveness, and the working relationship that has developed between leaders and followers.

From the perspective of those who are under the leader’s and manager’s influence, the motivation to comply often has a different base. The subordinate to a manager frequently complies because of the role authority of the manager, and because of the carrots and sticks that managers have at their disposal. The followers of a leader comply because they want to. Thus, leaders motivate primarily through intrinsic processes, while managers motivate primarily through extrinsic processes.

Finally, it is important to note that while managers may be successful in directing and supervising their subordinates, they often succeed or fail because of their ability or inability to lead.

F.E. Fiedler. 1996. Research on leadership selection and training: One view of the future. Administrative Science Quarterly 41:241–250.

As noted above, effective leadership often calls for the ability to manage, and effective management often requires leadership.

Leadership is a primary vehicle for fulfilling the directing function of management. Because of its importance, theorists, researchers, and practitioners have devoted a tremendous amount of attention and energy to unlocking the secrets of effective leadership. They have kept at this search for perhaps a greater period of time than for any other single issue related to management.

leadership
A social (interpersonal) influence relationship between two or more persons who depend on each other to attain certain mutual goals in a group situation.