These slides are available for use with this section of the presentation. For information about downloading presentation slides, see Preparing for the Session. 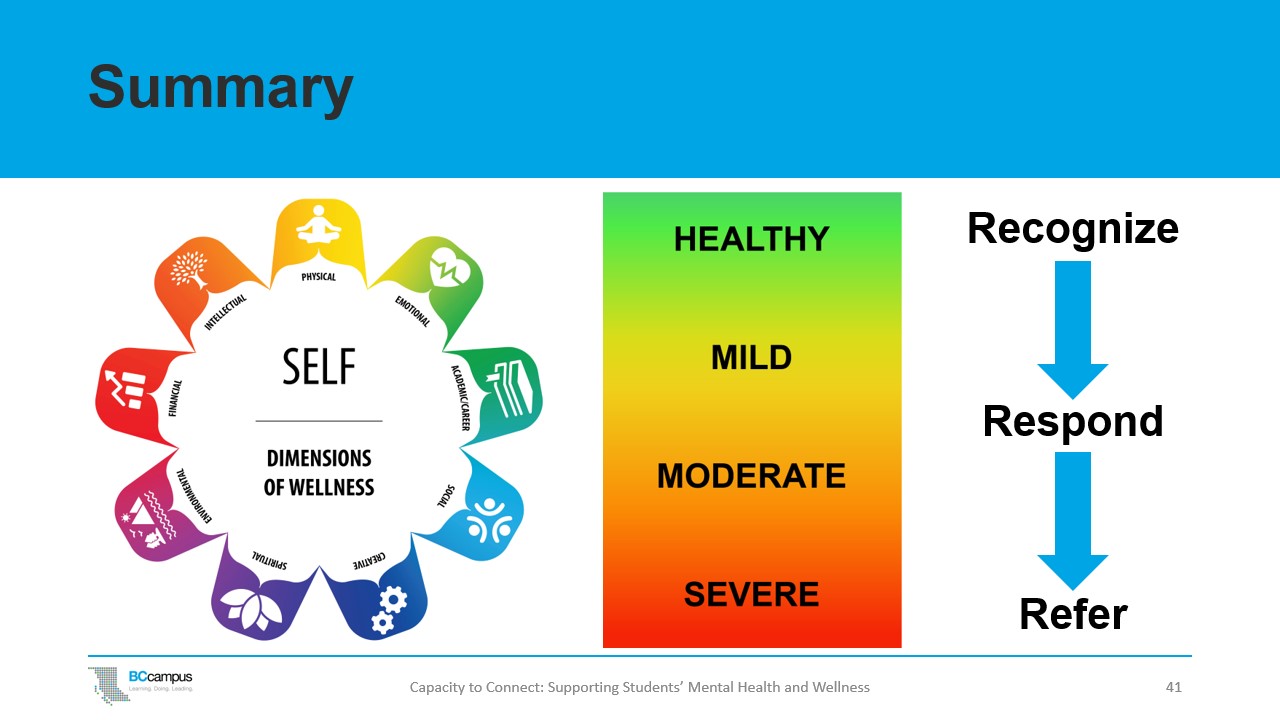 To close the session, review the Wellness Wheel, the Mental Health Continuum, and the Three Rs Framework.

Review everything you’ve talked about: how to recognize signs of distress in students, how to respond empathically while considering your own limits and a balance of care and respect, and how to refer to appropriate supports for you and for students.

If you haven’t already shared resources, hand out or share the links to any resource sheets available as well as campus and community resources and Handouts 1 and 2. 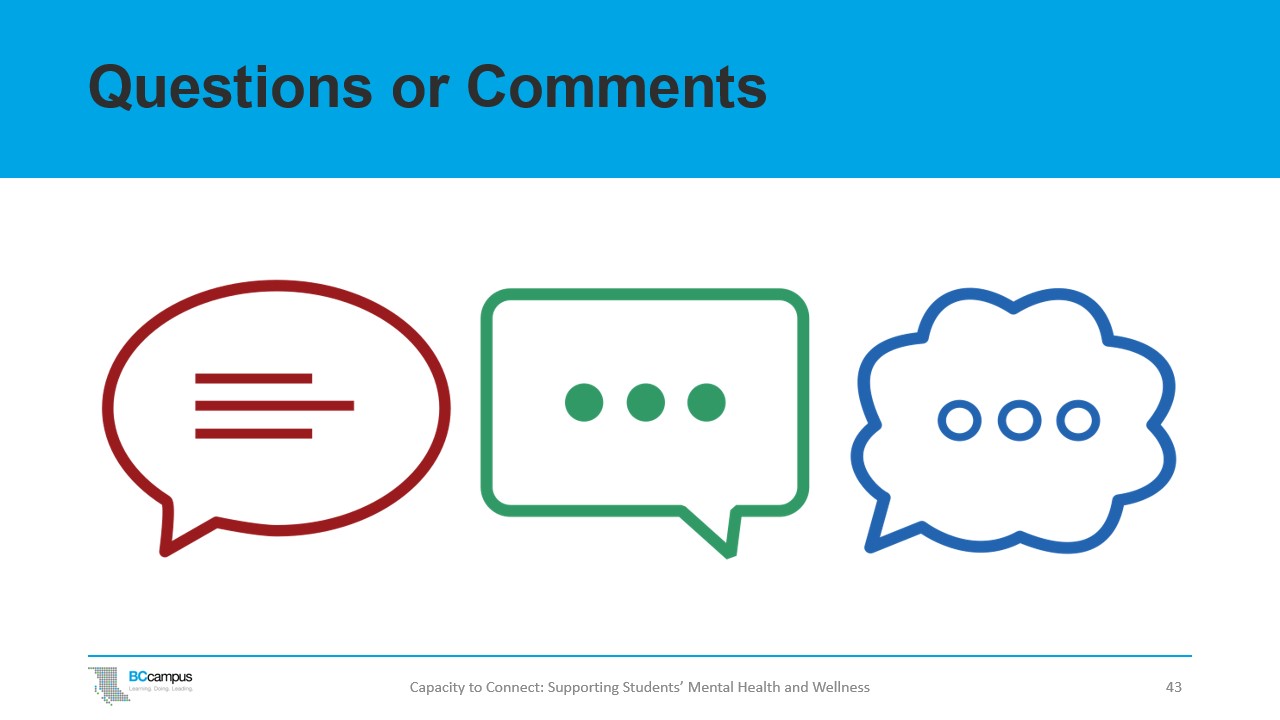 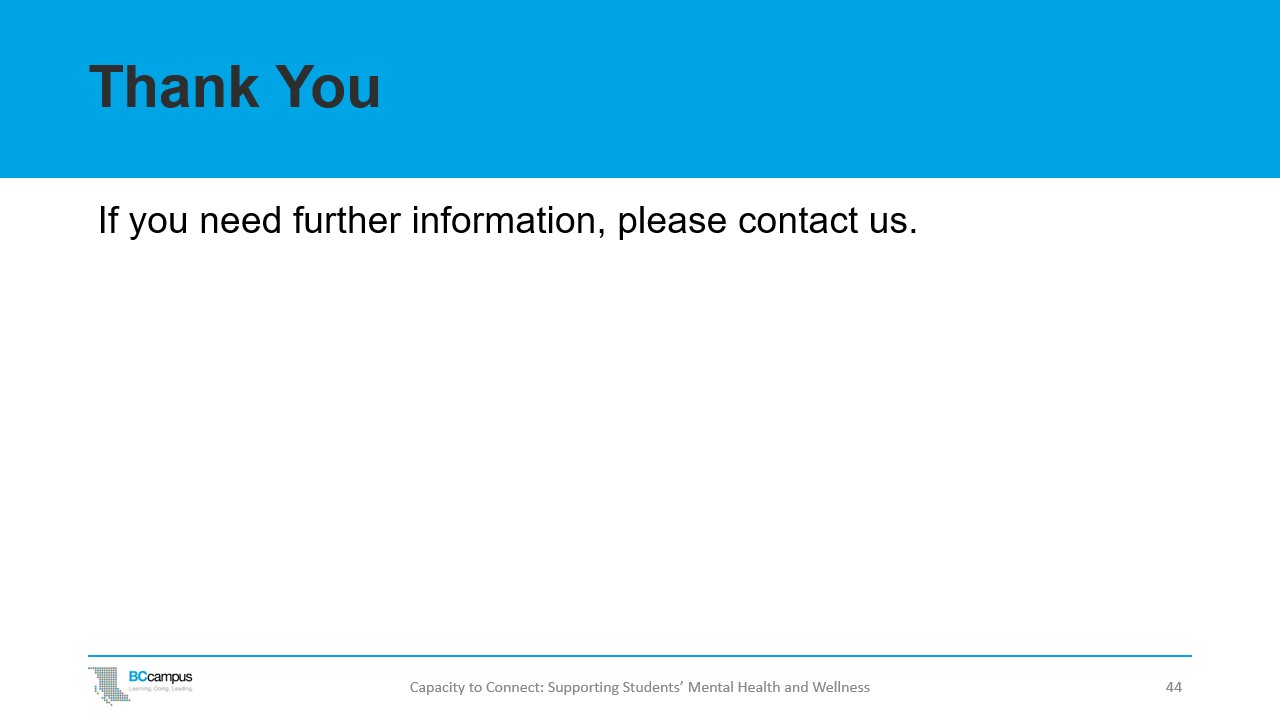