The following are some suggested themes and topics to be explored during this Act. Depending on your own frame of reference and the direction you hope to take, it may be helpful to do some preliminary research. Our suggestion is that you approach these themes in a variety of ways, including small group discussions, sharing circles, visual prompts, brainstorming activities, and annotations.

*Although you may be looking to offer contextual and factual information, prioritize establishing a collective understanding of your theme, and use this as a building block for further discussion and exploration with the group.

Eliminate Racial Inequity in Our Spaces

Download the Eliminate Racial Inequality in Our Spaces Flowchart [PDF]. 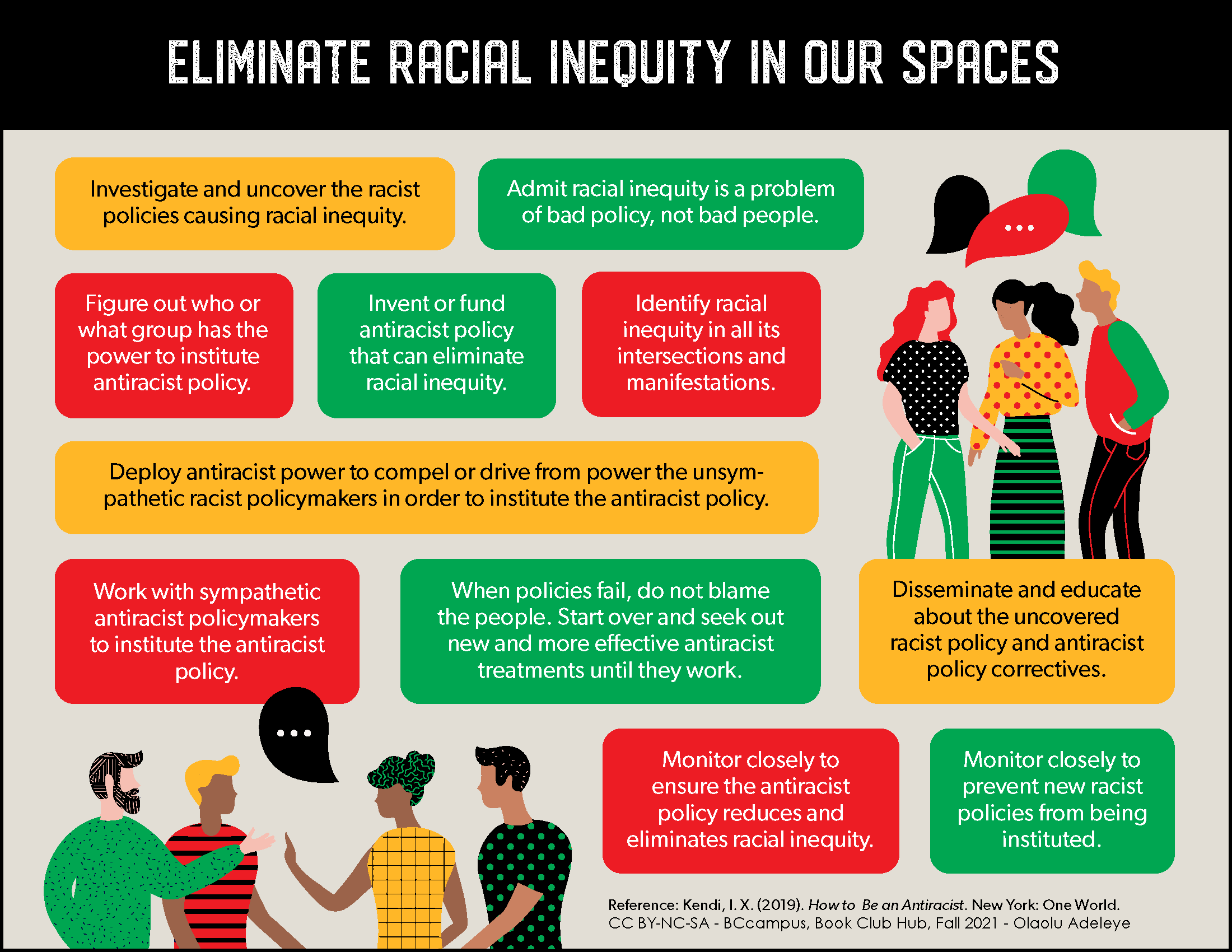 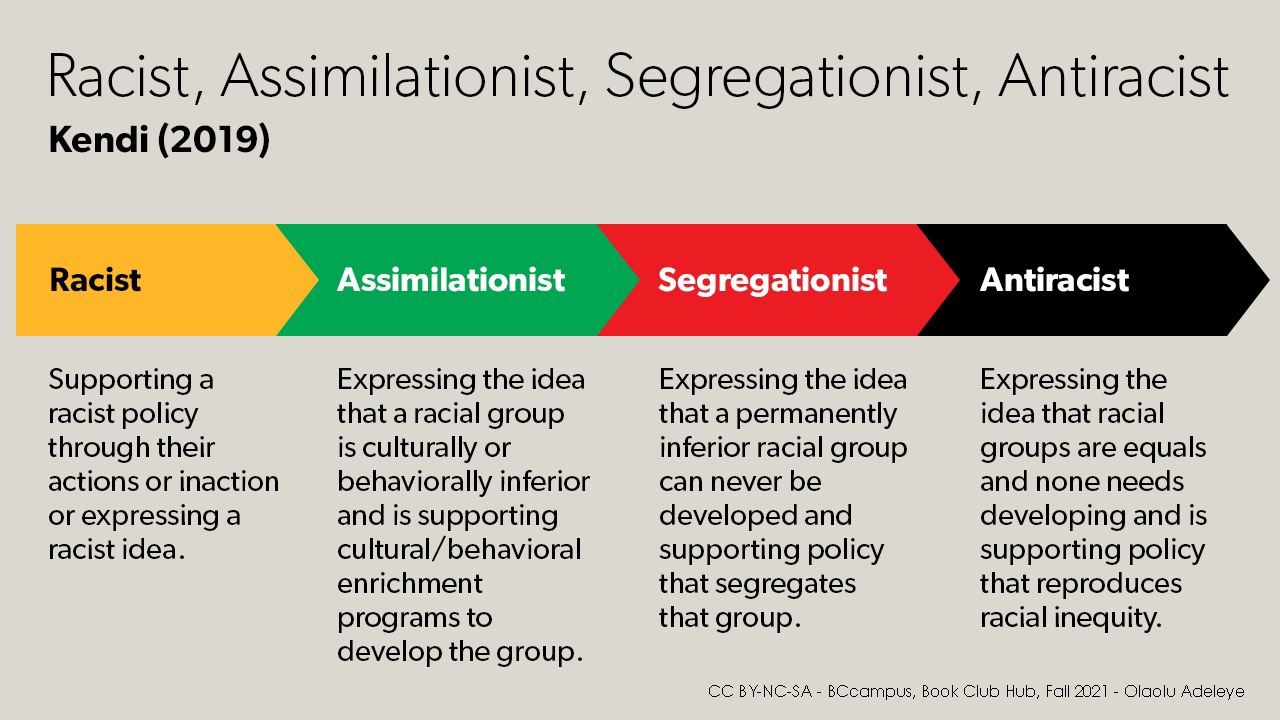 Using the template below, build your own anti-racist statement.

Unpack and elaborate on the definitions Kendi proposes.

Discuss the intersectional forms of racism that exist and their implications for individual experiences.

Gain a greater understanding of critical race theory, intersectionality, and other frameworks that offer context for the multidimensional nature of racism.

Discuss implications of racism both individually and structurally.

Look at what racism means in the Canadian context.

Understand what racism means within global structures and systems.

Connect ideas across multiple contexts, including personal, professional, and pedagogical.

Recognize and identify personal steps to become an anti-racist.

Gain awareness of individual biases and the impact of our schemas on both our own and others’ experiences with racism.

Facilitate and support others to have conversations about racism.

Recognize the importance of humility to anti-racism.

Apply intersectional and transdisciplinary lenses to the multidimensional elements of individual experience.

This includes self, society, and schools (specifically post-secondary education contexts).

Plan, design, and facilitate a book club, anti-racism task force, or similar equity, diversity, and inclusion undertaking at your institution.

Design and facilitate appropriate interventions that reflect an anti-racist approach and a pedagogy for self, society, and schools.

Book Club Facilitation Guide: How to be an Antiracist by Olaolu Adeleye is licensed under a Creative Commons Attribution-NonCommercial-ShareAlike 4.0 International License, except where otherwise noted.