In this section, we review how to add accessible formulas to content.

Who are you doing this for?

This work supports students who: 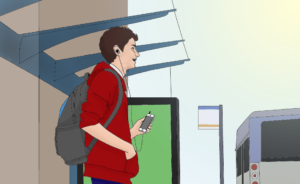 What do you need to do?

There are several ways to handle equations, from images with alt tags to MathML. Having access to an equation editor such as MathType or MathMagic can streamline processing and converting equations. These tools are similar to equation editors found in the Microsoft Office.

Math ML is a text-based XML (short for “extensible markup language”) designed for math equations. Browsers that support MathML are able to translate the XML into a formatted equation. Since MathML with MathJax can be rendered in many systems, including HTML, sites at Penn State, Angel and Drupal, it is considered the best choice for accessibility.

Here is information about creating and viewing MathML.

MathML may vary from system to system and the content can change rapidly.

Image with an alt tag

A safe option is to create an image of an equation (or export it from an equation editor) and then insert the image into a document with an alt tag.

Note: Alt tags can be written in Nemeth MathSpeak for students who have learned that system.

Example 1: An equation in HTML 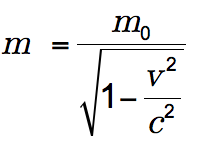 LaTeX is a math markup language familiar to many in the science and math community. Unfortunately, it is not currently supported by screen reader technology. It is, however, fairly simple to convert LaTeX to an image or MathML in most equation editors.

To import LaTeX, follow these steps in MathMagic and MathType:

Example 2: An equation with audio

This chapter is a derivative of Equations: MathML, Images and LaTeX by Penn State. Penn State has provided permission to the authors to use this information under the licence of the toolkit.

Accessibility Toolkit - 2nd Edition by BCcampus is licensed under a Creative Commons Attribution 4.0 International License, except where otherwise noted.