These slides are available for use with this section of the presentation. For information about downloading the slide deck, see the Introduction.

To close the session, review the Mental Health Continuum, the Wellness Wheel, and the Stress Curve.

If you haven’t already, you may want to share Handout 5: Videos and Other Resources on Mental Health and hand out or share the links to any other handouts you haven’t yet shared.

Review everything you’ve talked about: how to respond to stress, how to respond empathetically to another student experiencing stress (while considering your own limits and a balance of care and respect), and the various services and resources available on your campus to support students.

Invite questions and comments and offer to stay after the session for anyone who has questions. 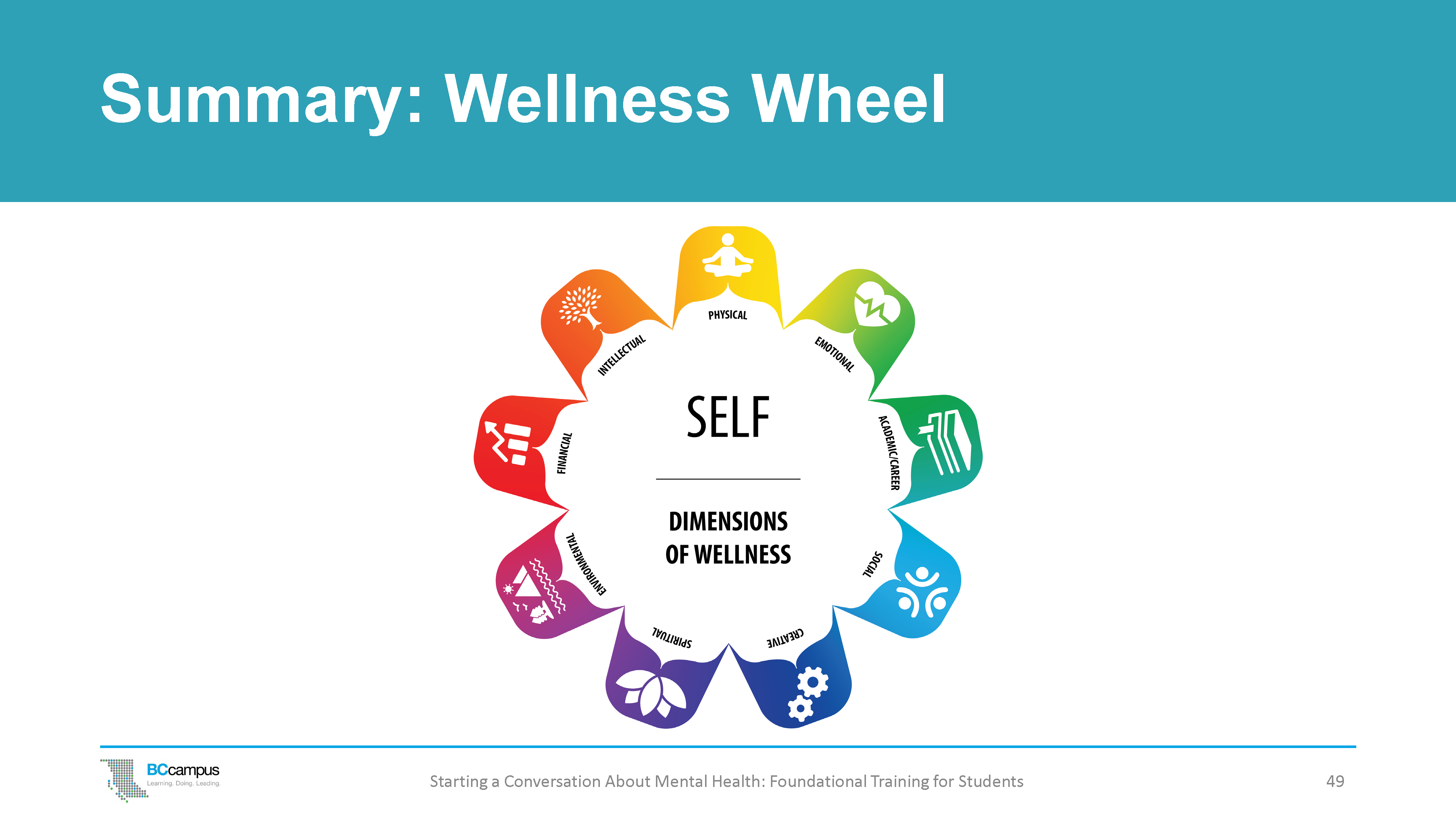 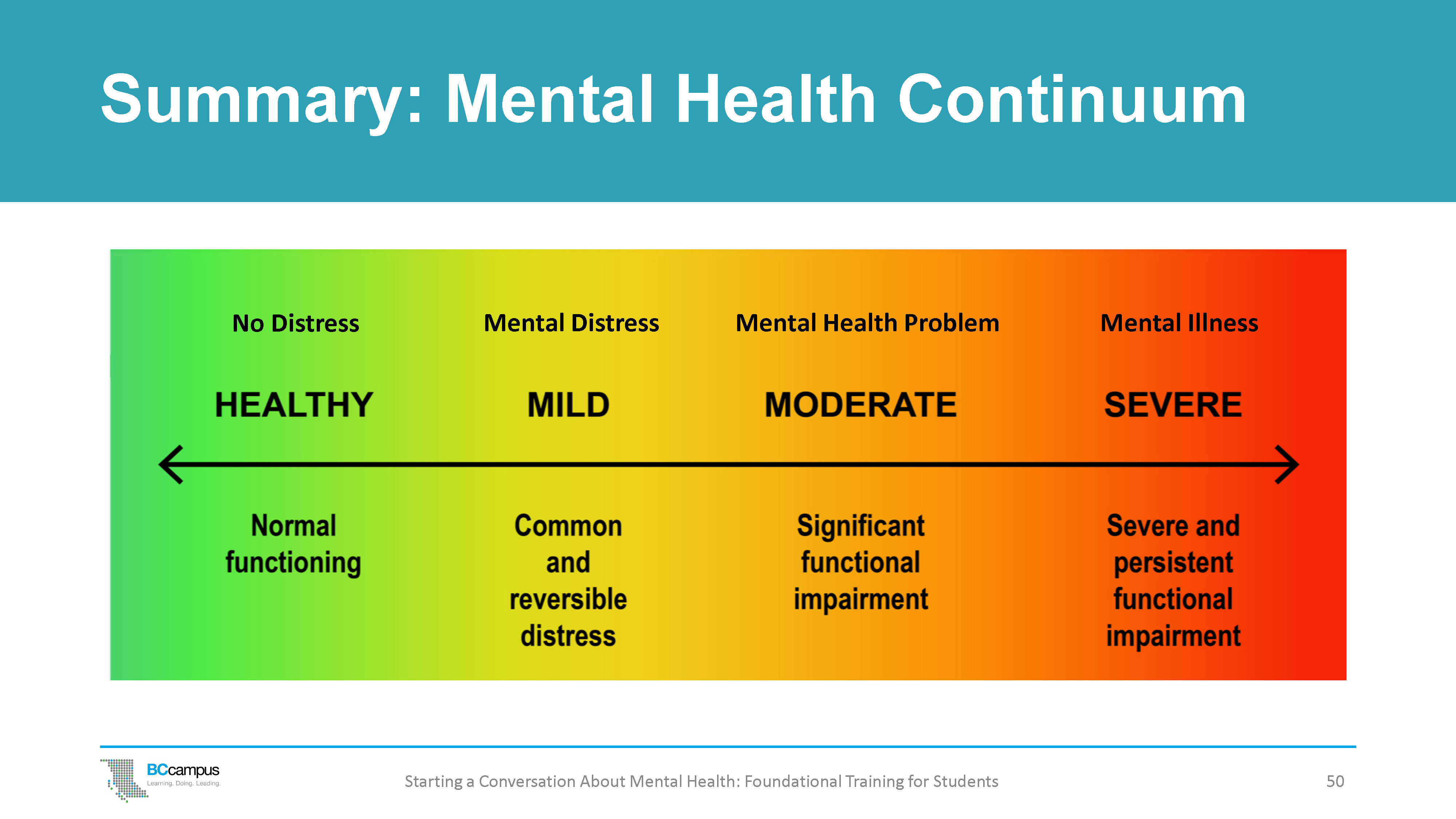 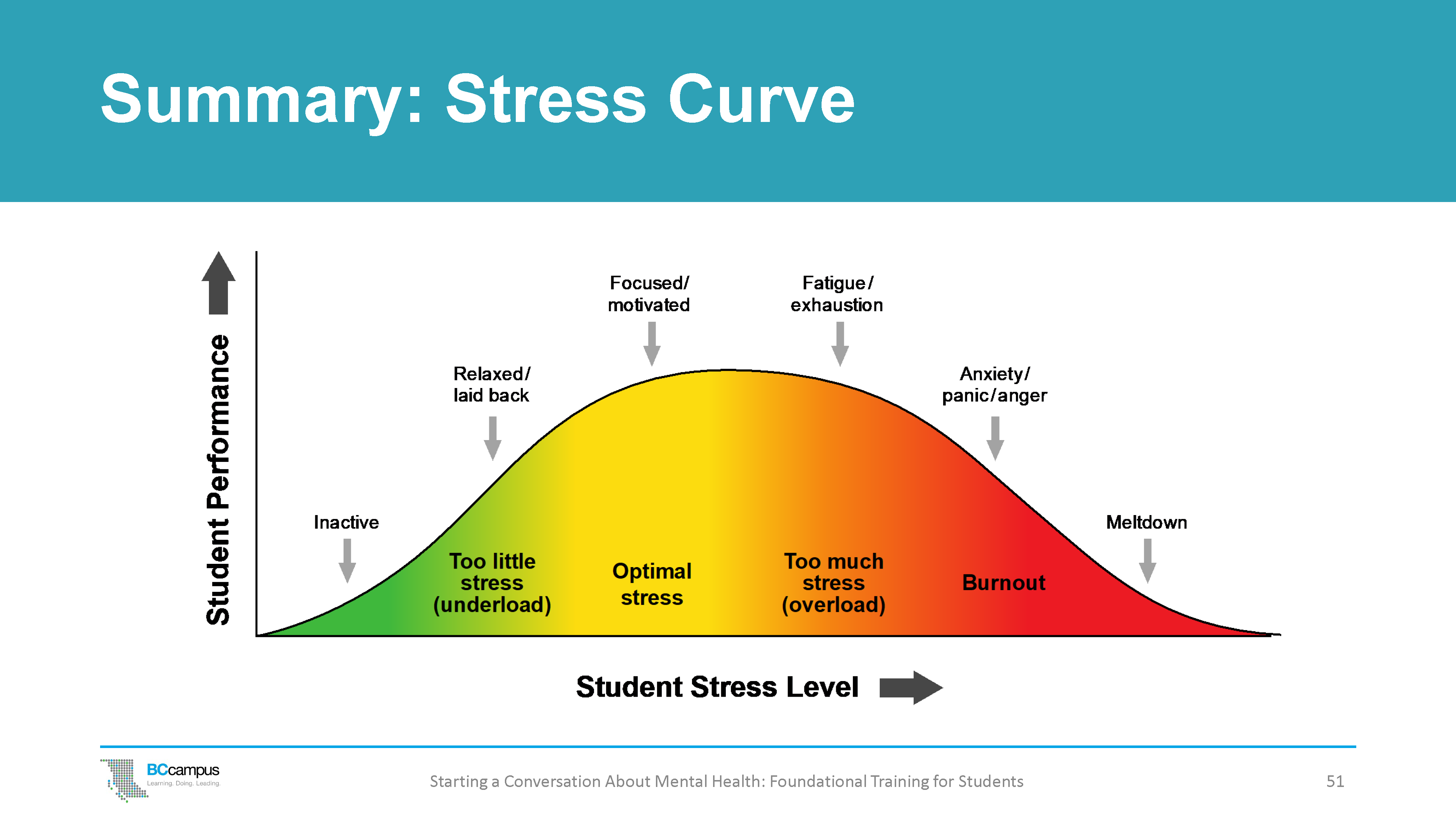 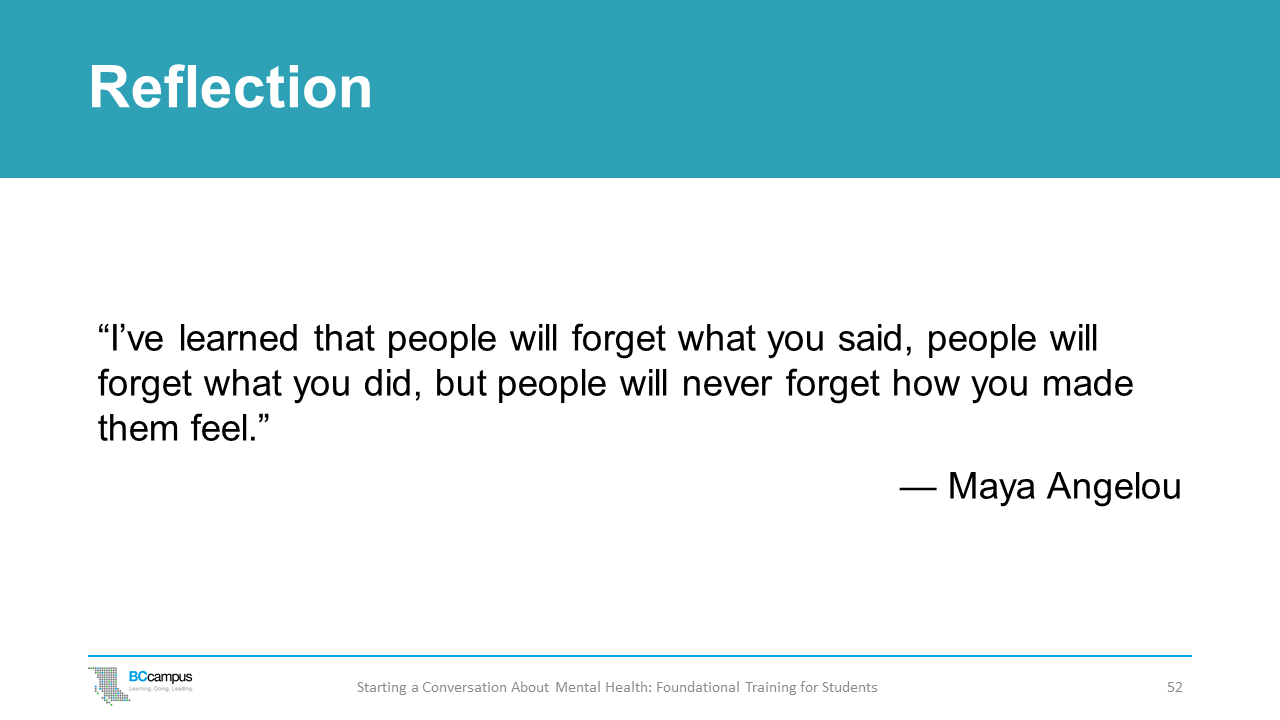 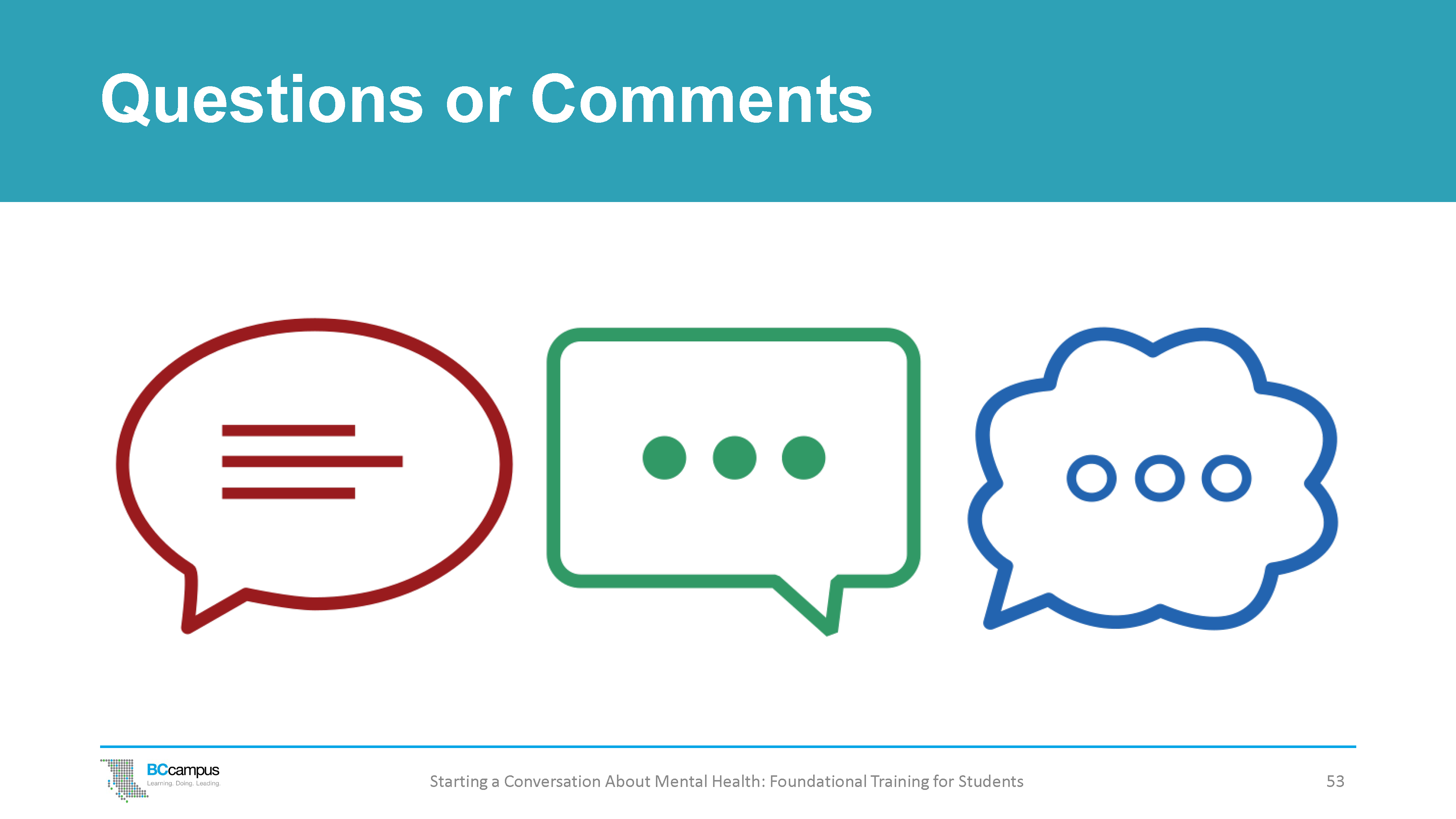