Understanding and Working with Units

If you watched the introduction video, you’ll remember that Chad talked about the “SO WHAT” videos. Here is the first of those videos.

Click play on the following audio player to listen along as you read this section.

Or we can convert units of measurements such as the following…

In the trades we may get used to a certain way of doing things but understanding the terminology behind systems of measurement can help us when we work at jobs where the language is different. Once again, what we are doing is expanding our math vocabulary to help us understand the language of math.

I’ll give you an example. When gas fitters learn about energy (or heat) calculations, they are given two numbers to work with. The imperial number is the British Thermal Units (BTU’s) while the metric version is kilowatts (kW). Students often have a tough time in the beginning getting the relationship right between the two. Their frustration builds and eventually they begin to wonder why they have to learn two different ways to say the same thing in the first place.

The answer lies in the fact that in the gas fitting trades, students will run across appliances that are designated in both BTU’s and kW’s. If they are unable to work between the two, then there could be serious safety consequences if those appliances receive too little or, more importantly, too much gas.

For reasons such as the one mentioned above, it’s important to know what the different units of measurement mean as well as how to work between them. I know from my experience as a trades instructor that once students begin to understand the language of measurement and are able to both visualize and apply this language, the concepts of math and measurement become a lot easier.

I think the first thing we should do at this point is go through the history of measurement and how the metric and imperial systems came to be.

A Brief History of Measurement: Metric and Imperial 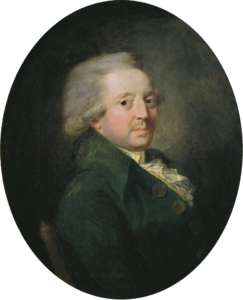 Have you ever heard of the guy on the right? Nope, me neither. His name is Nicolas de Condorcet, and he was a French mathematician, philosopher, and early political scientist. He lived way back in the 1700’s.

What does he have to do with measurements, you might ask? Well, Condorcet stated that the metric system was to be “for all people all the time.”

Back in those days there wasn’t a standard measuring system being used in France (or probably anywhere in Europe for that matter), and they were bouncing ideas back and forth as to what measuring system they should use. The basic units being used for the metric system were taken from the natural world. A metre was a unit of length and was based on the dimensions of the earth while the unit of mass, the kilogram, was based on the mass of water which was contained in one liter.

Canada is officially under the metric system, but in many circumstances, we also use the imperial system to measure stuff. This might be due to the fact that we are quite close to the United States, which uses the imperial system.

If you want to learn more about the history of the metric system, check out the following link: History of the Metric System (Wikipedia)

On another note, you may also run across the term “SI” units in your books. This stands for International System of units and is essentially the modern form of the metric system. It was first established in 1960 by the International Bureau of weights and measures and is recognized in most countries. It is the most widely used system of measurement in the world.

For our purposes, we’ll just stick to the metric system and the units that fall within that. But if you were curious, you could once again check out the following link: International System of Units (Wikipedia)

The Imperial measurement system was first developed in Britain in the 1800’s and replaced the Winchester standards which had been in place since the late 1500’s. The Middle Ages provided the background for development of the British System. Thousands of Roman, Celtic, Anglo-Saxon, and other customary local units were used to derive the British system. The Weights and Measures Act was adopted in Britain in 1824, and the official British Imperial System began. This system lasted unit 1864 when the metric system was adopted in Britain.

The United States uses the Imperial System similar to the one developed by the British, but it’s their own version.

If you want to know more about the history of the imperial system, check out the following link: Imperial Unit (Britannica)

Math for Trades: Volume 2 by Chad Flinn and Mark Overgaard is licensed under a Creative Commons Attribution 4.0 International License, except where otherwise noted.