About the Author and Contributors 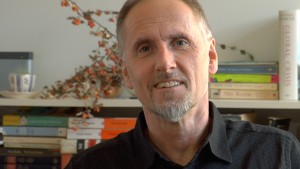 Dr. John Douglas Belshaw is a settler-Canadian who currently resides and works on the traditional lands of the Coast Salish peoples (the  xʷməθkʷəy̓əm, Skwxwú7mesh, Stó:lō and Səl̓ílwətaʔ/Selilwitulh Nations). He has degrees in history from the University of British Columbia, Simon Fraser University, and the London School of Economics, and has been associated with Thompson Rivers University in several capacities, more or less continuously, since 1989. He is a specialist on British Columbia history, and is the author of Colonization and Community: The Vancouver Island Coalfield and the Making of The British Columbian Working Class, 1848–1900 (2002) and Becoming British Columbia: A Population History (2009). He is also the co-author (with Diane Purvey) of Private Grief, Public Mourning: The Rise of the Roadside Shrine in Rural British Columbia (2009) and Vancouver Noir: 1930–1960 (2011), and he is the editor of Vancouver Confidential (2014). He is the author, too, of the open textbooks Canadian History: Post-Confederation and the co-author (with Sarah Nickel and Chelsea Horton) of Histories of Indigenous Peoples and Canada.

Tina Block, Ph.D. (University of Victoria) Dr. Block is a History professor at Thompson Rivers University in Kamloops and a specialist on the links between organized religion and social relations.

Diane Purvey, Ph.D. (University of British Columbia) Dr. Purvey is the Dean of Arts at Kwantlen Polytechnic University and an expert on the history of education and social history in Canada.