Chapter 1. When Was Canada?

It’s one thing to know about some of the key events in Canada’s history; it’s another to know a thing or two about how our history came to be written.

Part of the challenge is defining what constitutes history. For example, it is often said that Canada is a young country without much history. A response to that claim is that Canada is actually a few years older than the modern states of Italy and Germany. Doing so, however, is to fall into the trap of thinking that a constitution defines a country and its history. Others point out that the existence of New France stretches back to the early 1600s (which makes Canada quite a bit older still) and before that there was not much going on in the way of settlement. But that perspective writes off entirely the Aboriginal, pre-contact experience. In response, some people argue that the history of Canada is limited to the literate societies in Canada, and before the arrival of Europeans there existed only illiterate societies. In other words, they argue that no written record = no history.

This viewpoint is not defensible. In Britain, historians of ancient times don’t fold up their tents when they get into the pre-Roman past. If they did, nothing would have been studied about Stonehenge, for example. The lands that have become Canada are littered with burial mounds, old fortifications, petroglyphs and pictographs, ancient foot trails, bison pounds, and fishing weirs. Intertidal fishtraps in Comox Bay on Vancouver Island have been carbon-dated to at least 800 years before the present; their scale and design are both staggering and beautiful. Oral traditions, moreover, punch a hole through that artificial barrier erected between the colonialist past and that of pre-contact times. This territory that we call Canada has so much history that the greatest challenge is how to organize it and understand it.

What most people think of as the “proper subject of history” is the story of regimes. And certainly it is easy — and meaningful — to think of historical periods associated with different political organisms. Whether it is New France, Nova Scotia, or Wendake (the Huron Confederacy), each administrative era imposes certain structures on its people and their lives. Harbours get built, systems of land ownership (individual, family, collective) are recognized and sometimes imposed, alliances with neighbours are forged and broken. The little things — the things that mark the course of a lifetime — are also associated with regimes. Think of practices associated with reaching adulthood, marriage, burial, and mourning. Spiritual and religious authority has to reside somewhere, even if it is in a common set of non-institutionalized beliefs. And when regimes change, all those practices can be lost. Or, conversely, their preservation becomes a fundamental creed of the survivor population. In any event, history’s focus on governments, empires, and nation states has a long pedigree.

In Canada the business of establishing a legitimate country with something like a national identity depended on the writing of national histories. The 20th century witnessed a parade of classically trained historians based in the oldest anglophone universities (University of Toronto, McGill, Queen’s), developing powerful narratives of the epic of New France, the Conquest, the Loyalists, the rise of liberal-democratic processes, and the achievement of Confederation. George M. Wrong (1860-1948), Donald Creighton (1902-1979), and J.M.S. Careless (1919-2009) were key figures in this phase of Canadian historiography, and all were based in the Department of History at the University of Toronto.

This National School approach was essentially small-c conservative in its ideology, Anglican in its creed, and mostly capital-C Conservative in its politics.  There were regular challenges from the Left, particularly in the 1930s, but few other historians enjoyed as much influence. Certainly feminist challenges were almost impossible with the absence of women in any university history departments. The situation was even more parlous for non-Whites, non-Christians, and non-nationalists. The National School only began to face serious challenges in the 1960s, by which time there was growing dissatisfaction with it in academic circles.

The rise of the baby boom generation brought to universities huge numbers of young Canadians who were concerned with the histories of working people, non-Whites, and women. The topics of race, class, and gender — formerly untended — scrambled to the top of the historian’s agenda. The rise of multiculturalism — as a fact and as an official policy — facilitated further the growth of layered histories of ethnicities, each of which had a thing or two to say about gender and social class. As well, the Canadian regions and provinces found they had tales to tell that were either subsumed within the larger national narrative or ran in very different, sometimes contrary, directions. National History School, by contrast, gave centre stage to the accomplishments of elite groups, political leaders, industrialists, and big media. Their representatives in the pages of history books were, of course, all but 100% males and equally white. Their representatives in the history departments of Canadian universities tended to be drawn from the same demographic. Then the ground rather suddenly shifted.

The baby boom generation witnessed the creation of a new cadre of universities. In the western half of the country alone a half dozen appeared: Simon Fraser University and the Universities of Victoria, Calgary, Lethbridge, Regina, and Winnipeg. Each of these became crucibles for new approaches to the field. The civil rights movement in the United States, protests against the war in Southeast Asia, the rise of second wave feminism, and the appearance of what became known as the New Left influenced campuses across North America and beyond. While the Quiet Revolution was underway in Quebec, English Canada was undergoing significant intellectual and cultural challenges as well.[1] In the field of history all this played out in challenges to the National History School and took the form of the new social history. A rising generation of historians turned their back on themes like nation building, railways, and political biography, and produced scores of books on the history of labour, women, immigrant experiences, and Aboriginal peoples. New thematically oriented scholarly journals appeared, such as Labour/Le Travail, Urban History Review, and Histoire Sociale/Social History, and these were joined by regional historical journals like Acadiensis and BC Studies.

The old order of historians didn’t stay quiet about these changes. As the politics of identity gained ground, some scholars began to systematically criticize the fracturing of the historical vision of the country’s past. Fragmentation of the story into smaller identities, they argued, didn’t enhance opportunities to learn a broader range of histories, it undermined the ability of Canadians to learn a common, core story about themselves. By the 1990s the so-called history wars were fully underway. A leading figure in that conflict was Jack Granatstein, a graduate of the Royal Military College of Canada and a distinguished historian based at Toronto’s York University. Foreign affairs historians like Granatstein were particularly disturbed by the rise of histories of sexualities, women’s experiences, counter-nationalisms, First Nations, and many others — all of which appeared to undermine the possibility of a shared national past. Granatstein sniffed at social history as so much “housemaid’s knee in Belleville”;  needless to say, social historians and feminists were outraged. The CBC television series The Valour and the Horror (1992), about three significant battles in World War II, became a lightening rod for this debate, one that even found its way onto the floor of the Senate. Six years later Granatstein would publish Who Killed Canadian History?, a polemical attack on the “fragmenters” within the academy. The provocative title of his book tells you a lot about how desperate the defenders of conventional approaches had become. What that cohort longed for was a singular story of “our great nation,” one that everyone — more or less — could agree to, one that new immigrants to Canada could learn as part of the fitting-in process.

Indeed, the multitude of voices that were being heard and broadcast in the 1990s on the subject of Canadians’ past was cacophonous. Early in this century, however, a growing trend toward interdisciplinary studies marked the beginning of the process of synthesis. Ruth Sandwell, a historian of education at the University of Toronto, has addressed the tensions between fragmentation and synthesis in the classroom. She has observed that “history education in the schools has moved away from a much narrower vision of citizenship education as explicitly patriotic narrative.” This opens up opportunities for historians to use their specialized knowledge — even in the narrowest of subfields — to contribute to undergraduate knowledge and social good by focusing on “a disciplinary understanding of what history is and what it does.”[2] Rather than build “citizenship” around a history of prime ministers and wars, the key is to “convey the kinds of historical understanding that scholars are suggesting ‘the people’ need in a pluralist democracy.” University of Western Ontario history professor Alan MacEachern takes this a step further, In his article, “A Polyphony of Synthesizers: Why Every Historian of Canada Should Write a History of Canada”, he challenges historians to attempt synthesis to develop a national history — even if it comes from a fairly small fragment of the larger field. One of the most difficult specialties that nevertheless holds out much promise for a new perspective on the story of Canada would be a very broad history of childhood.[3]

Nothing, of course, stands still for long. The innovators of the 1960s and 1970s have themselves been eclipsed by new approaches. The most advanced and promising of these deal with environmental history. There is possibly no avenue of historical enquiry that is quite so interdisciplinary. Environmental history was once mainly about animals and nature; now it is more concerned with what we think of as nature and how that notion has changed historically. Where it was once informed heavily by geography, lately it has become more influenced by philosophy. One understanding of environmental history is provided by Jan Oosthoek, formerly a professor at Scotland’s University of Stirling in What is Environmental History? [YouTube]. 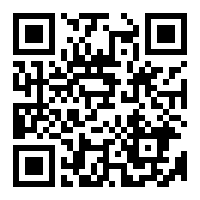 Every generation writes its own history, in part, because:

Figure 1.3
Salmon weir at Quamichan Village on the Cowichan River, Vancouver Island by Themightyquill is in the public domain.

Figure 1.14
George MacKinnon Wrong2 by Materialscientist is used under a CC-BY 4.0 International license.

Figure 1.15
SFU Tour by kardboard604 is used under a CC-BY-NC 2.0 license (first); On Golden Pond by Nick Kenrick is used under a CC BY-NC-SA 2.0 license (second); Civil rights movement: 1964 march on washington by Aude is in the public domain (third); Florence Bird: Chair of the Royal Commission on the Status of Women, 1967-70  by Harry Palmer. This image cannot be used for commercial purposes without Mr. Harry Palmer’s permission. A copy of this image can be found at Library and Archives Canada (PA-182436). The copyright was granted to Library and Archives Canada by the holder Harry Palmer (fourth).

Video 1.1
What is Environmental History? by Jan Oosthoek is used under a CC-BY 3.0 Unported license.

Figure 1.13 long description: A wooden fishing weir stretches across a large stream. Sticks are tied close together facing down to make a barrier and are attached to a long log which spans the width of the stream to trap fish. [Return to Figure 1.13]

1.4 The Current State of Historical Writing in Canada by John Douglas Belshaw is licensed under a Creative Commons Attribution-NonCommercial-ShareAlike 4.0 International License, except where otherwise noted.