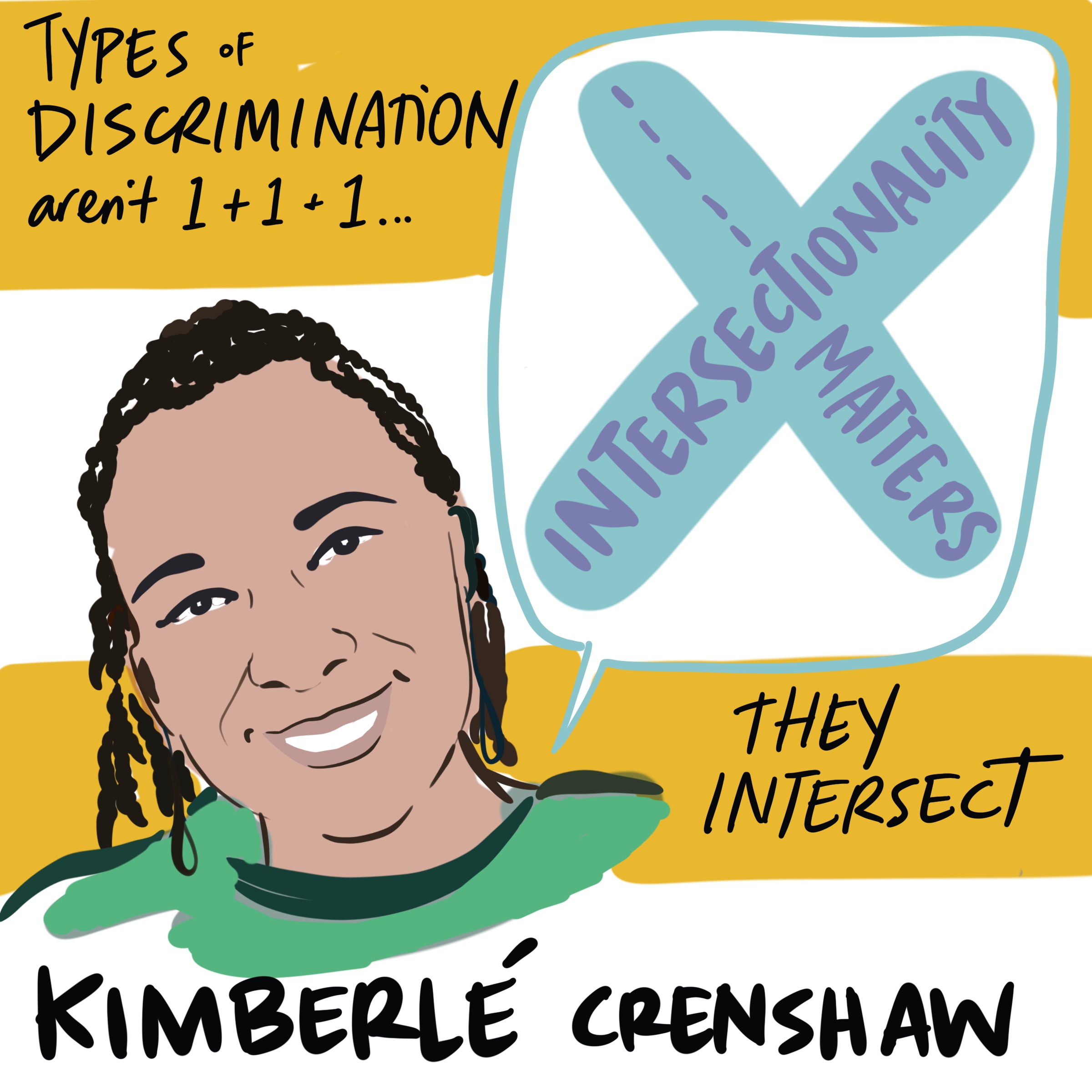 The term intersectionality came from that paper; the word’s meaning can be difficult to define and has evolved over the years. Crenshaw wanted to explore how people’s social identities overlap; in 1989, she coined the term to describe when a black woman faced overlapping systems of oppression and discrimination – to describe the intersection of gender, race, and class.

Today the term is used to illustrate overlapping and interconneting types of oppression and discrimination such as gender, race, age, class, socioeconomic status, physical or mental ability, gender or sexual identity, religion and ethnicity.