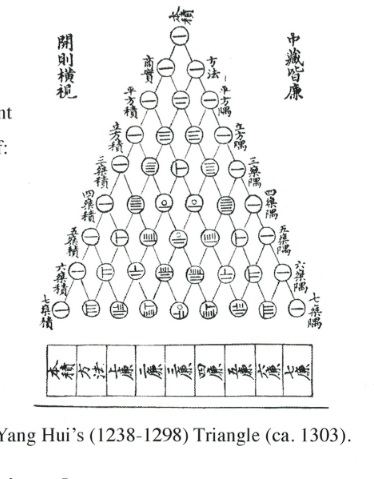 The generation of each row of Pascal’s triangle is done by adding the two numbers above it.

Use Pascal’s triangle to expand

The variables will follow a pattern of rising and falling powers:

When we insert the coefficients found from Pascal’s triangle, we create:

Problem: Use Pascal’s triangle to expand the binomial

A Visual Representation of Binomial Expansion 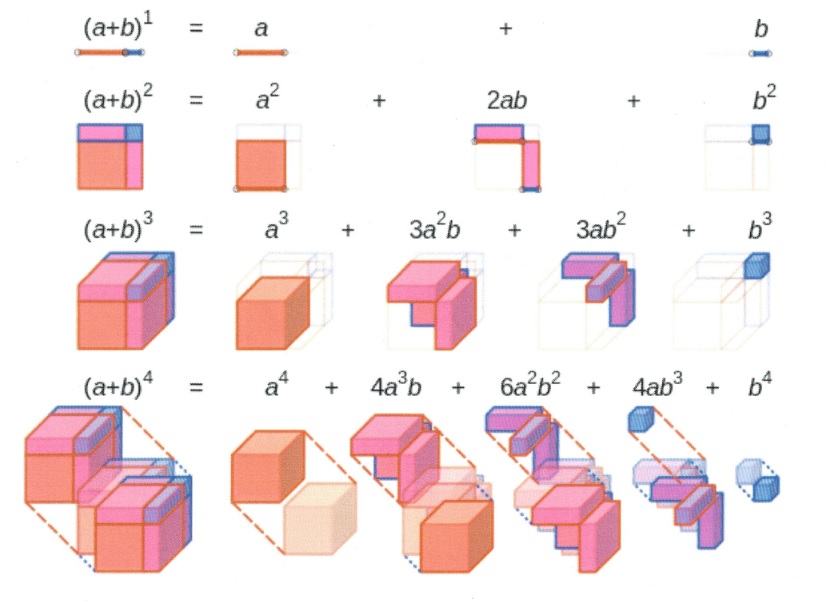 The fourth expansion of the binomial is generally held to represent time, with the first three expansions being width, length, and height. While we live in a four-dimensional universe (string theory suggests ten dimensions), efforts to represent the fourth dimension of time are challenging. Carl Sagan describes the fourth dimension using an analogy created by Edwin Abbot (Abbot: Flatland: A Romance of Many Dimensions). A video clip of Sagan’s “Tesseract, 4th Dimension Made Easy”  can be found on YouTube.