When a body of rock, especially sedimentary rock, is squeezed from the sides by tectonic forces, it is likely to fracture and/or become faulted if it is cold and brittle, or become folded if it is warm enough to behave in a plastic manner.

A very tight fold, in which the limbs are parallel or nearly parallel to one another is called an isoclinal fold (Figure 12.6). Isoclinal folds that have been overturned to the extent that their limbs are nearly horizontal are called recumbent folds.

Folds can be of any size, and it’s very common to have smaller folds within larger folds (Figure 12.7).  Large folds can have wavelengths of tens of kilometres, and very small ones might be visible only under a microscope. Anticlines are not necessarily, or even typically, expressed as ridges in the terrain, nor synclines as valleys. Folded rocks get eroded just like all other rocks and the topography that results is typically controlled mostly by the resistance of different layers to erosion (Figure 12.8).

This photograph shows folding in the same area of the Rocky Mountains as Figure 12.1.  Describe the types of folds using the appropriate terms from above (symmetrical, asymmetrical, isoclinal, overturned, recumbent etc.).  You might find it useful to first sketch in the axial planes. 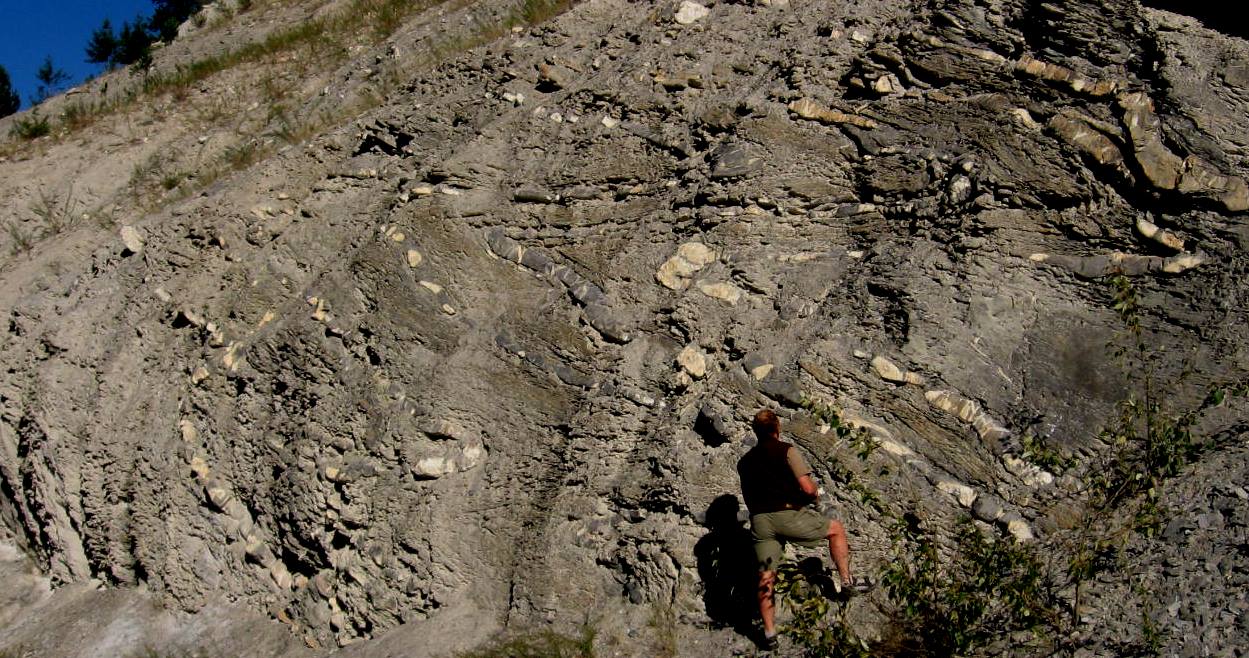