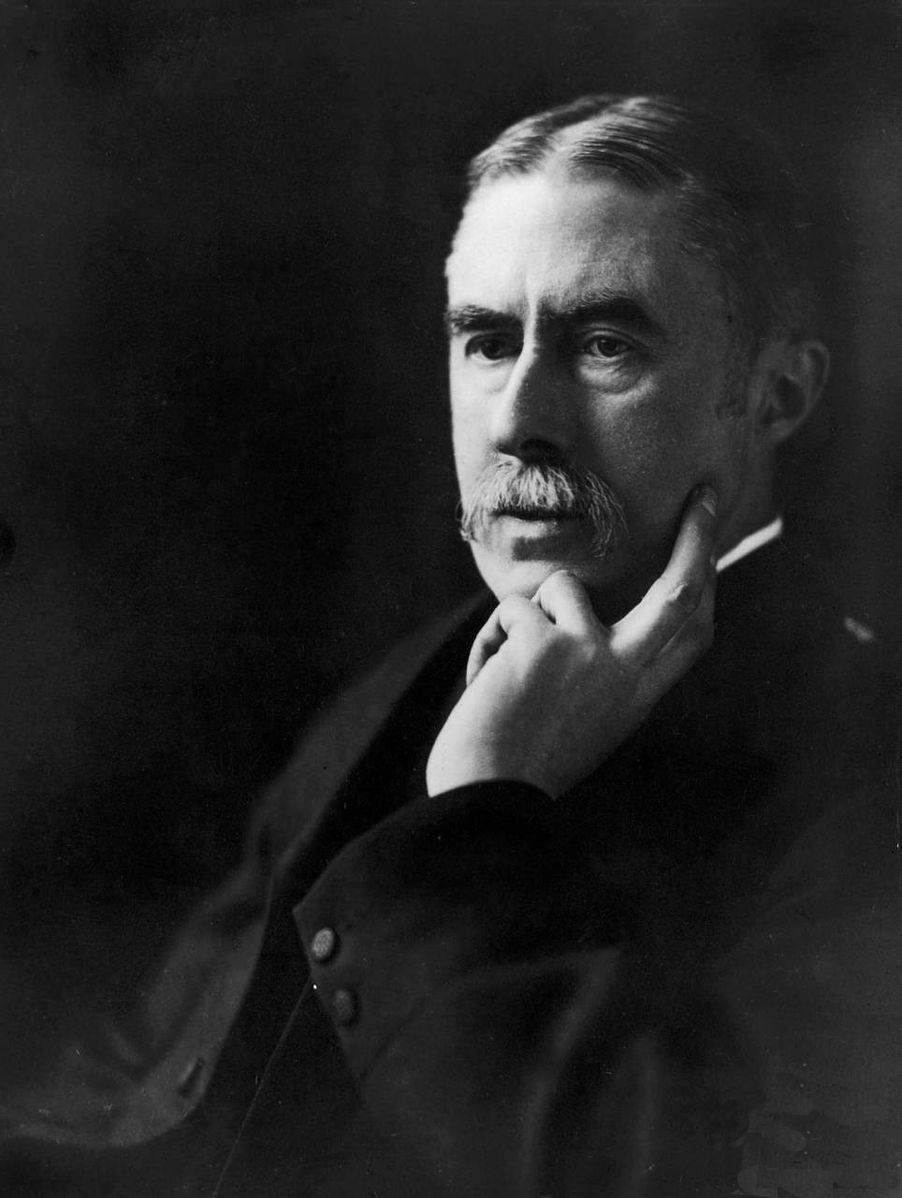 Alfred Edward Housman was born March 26, 1859, in a suburb of Bromsgrove, a small Worcestershire town southwest of Birmingham. His father was a solicitor. Housman’s childhood was basically happy, though marred by the death of his mother in 1871. His father remarried to his cousin Lucy, with whom Housman had a close relationship. He was a bright student who won a scholarship to attend Oxford in October of 1877.

Housman was brilliant but arrogant and overly self-confident about his intellectual abilities. He read what he preferred to read, at the expense of the readings his professors assigned to him. Another distraction was his unrequited love for his friend and fellow student, Moses Jackson. Housman failed his final exams in May of 1881, and he had to return for another semester to earn his undistinguished degree in Greek and Latin literature.

He was forced to put on hold the academic career for which he was well suited. For the next ten years, he was a humble clerk in the Patent Office in London, where Moses also worked. He shared a house with Moses and Moses’s brother, Adalbert. Apparently the roommates quarrelled, possibly because of the awkwardness of Housman’s feelings. He moved out of the house in 1885; Jackson left for a teaching position in India, in 1887, and Housman rarely saw him thereafter. Jackson would eventually settle in Vancouver, where he died in 1923.

In his spare time, Housman edited the work of and wrote academic articles about Greek and Latin writers. By 1892, he had a growing reputation, and University College London hired him as a professor of Latin. In the spare time he now had, he travelled on holidays to the continent—France and Italy were his favourite destinations—and he dabbled in poetry. His first collection, A Shropshire Lad, was published in 1896. It would become one of the most popular, bestselling collections of poetry in the history of English literature.

In 1910, Cambridge lured Housman away from UCL, and he worked at Cambridge as professor of Latin for the rest of his life. Last Poems (mistitled, as it would turn out) was published in 1922. He died in 1936, and his brother Laurence included additional poems in the biography he published the year after Housman’s death. Housman was prouder of his brilliant scholarship and meticulous editing of Greek and Latin texts than he was of his poetry, about which he was always reluctant to speak, though he remains a famous man today due mainly to the enduring popularity of the poems in A Shropshire Lad.

To an Athlete Dying Young

The time you won your town the race
We chaired you[1] through the market-place;
Man and boy stood cheering by,
And home we brought you shoulder-high.

Today, the road all runners come,
Shoulder-high we bring you home,
And set you at your threshold down,
Townsman of a stiller town.

Smart lad, to slip betimes away
From fields where glory does not stay,
And early though the laurel[2] grows
It withers quicker than the rose.

Eyes the shady night has shut
Cannot see the record cut,
And silence sounds no worse than cheers
After earth has stopped the ears.

Now you will not swell the rout[3]
Of lads that wore their honours out,
Runners whom renown outran
And the name died before the man.

So set, before its echoes fade,
The fleet foot on the sill of shade,[4]
And hold to the low lintel up
The still-defended challenge-cup.[5]

And round that early-laurelled head
Will flock to gaze the strengthless dead,
And find unwithered on its curls
The garland briefer than a girl’s.[6]

Coping with death is a common theme among virtually all poets, who often speculate on the promise of eternal life through faith and the immortality of the soul. Housman has a different theme, asserting that there are advantages to dying young, at the height of your fame, before your glory fades with time. “Smart lad,” he writes, in praise of the athlete dying young, “to slip betimes away / From fields where glory does not stay.”

“To an Athlete Dying Young” is an elegy, a poem written to honour and commemorate the passing of someone to whom the poet was close, often a friend or family member. Elegies are naturally sad, though the poet will often temper the sorrow by expressing the conviction the loved one lives on in the memory of friends and family and in the promise of eternal life.

Housman’s is a regular verse elegy, in iambic tetrameter, with an aabb rhyme scheme.

The tone of the poem is triumphant in the first stanza, when the young athlete has won the race. The iambic tetrameter lines move quickly, and the diction—“cheering by,” “shoulder-high”—is upbeat. But notice how the tone becomes more sombre as the verses progress. By the third verse, the lines, though still iambic tetrameter, slow down, and the diction is more and more associated with the death, the coffin, and the burial.

Plants and flowers—laurel, roses, garlands—are used throughout the poem as symbols of athletic prowess and the transience of life.

“To an Athlete Dying Young” is one of the poems from Housman’s collection A Shropshire Lad, published in 1896. Sales were slow at first, but picked up to such an extent that it eventually became a bestseller, selling hundreds of thousands of copies, and is still in print today.

If there is an actual person whom Housman knew, a young athlete who died young, the person has not been identified. He is likely a fictitious character.